The championship heads to Silverstone this weekend and there are 32 Alfas entered including a record 18 class E cars. If haven’t read Michael Lindsay’s preview yet, take a look here. We plan to hold another panel meeting to finalise a few points for 2015 so if you have anything you would like to put forward, please email the panel. We’d love it if you could join us for an end of season Hog Roast on Saturday evening in the paddock from 6pm. If you can’t make it this weekend, be sure to follow live timing, tweets and photos, right here on alfaracer. 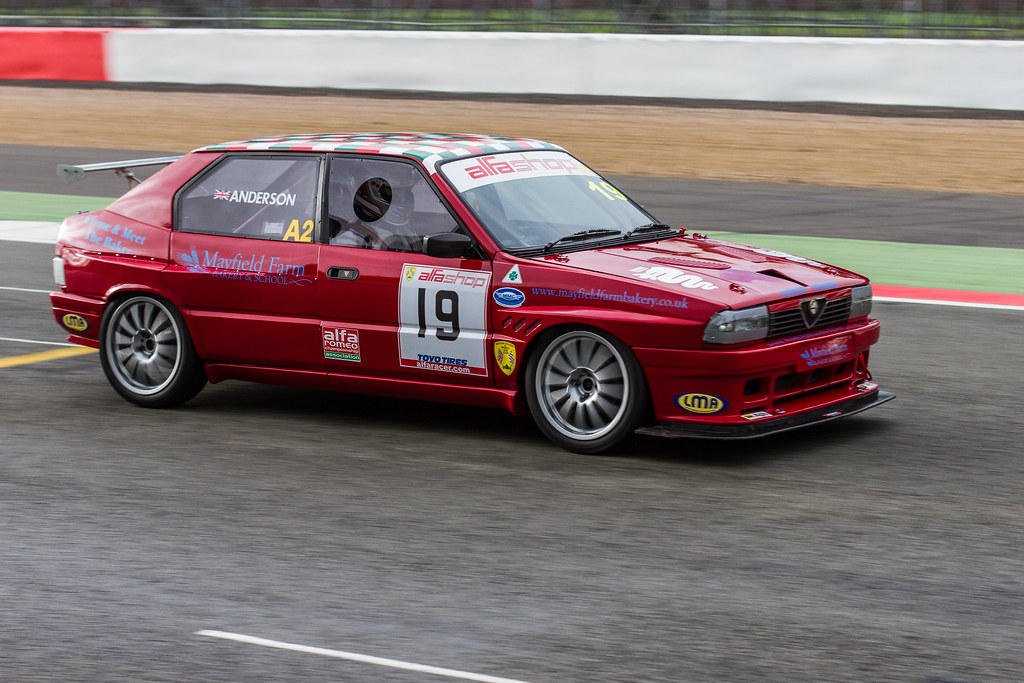 For those racing in last years Silverstone International rounds, the weather played a big part, especially in the Sunday race. It was certainly one of the wettest races I can remember, maybe just behind Pembrey 2007. Can you think of worse?

If it rains like that again, heres a good idea of the visibility from on board “Big Yella”, which is sadly for sale. 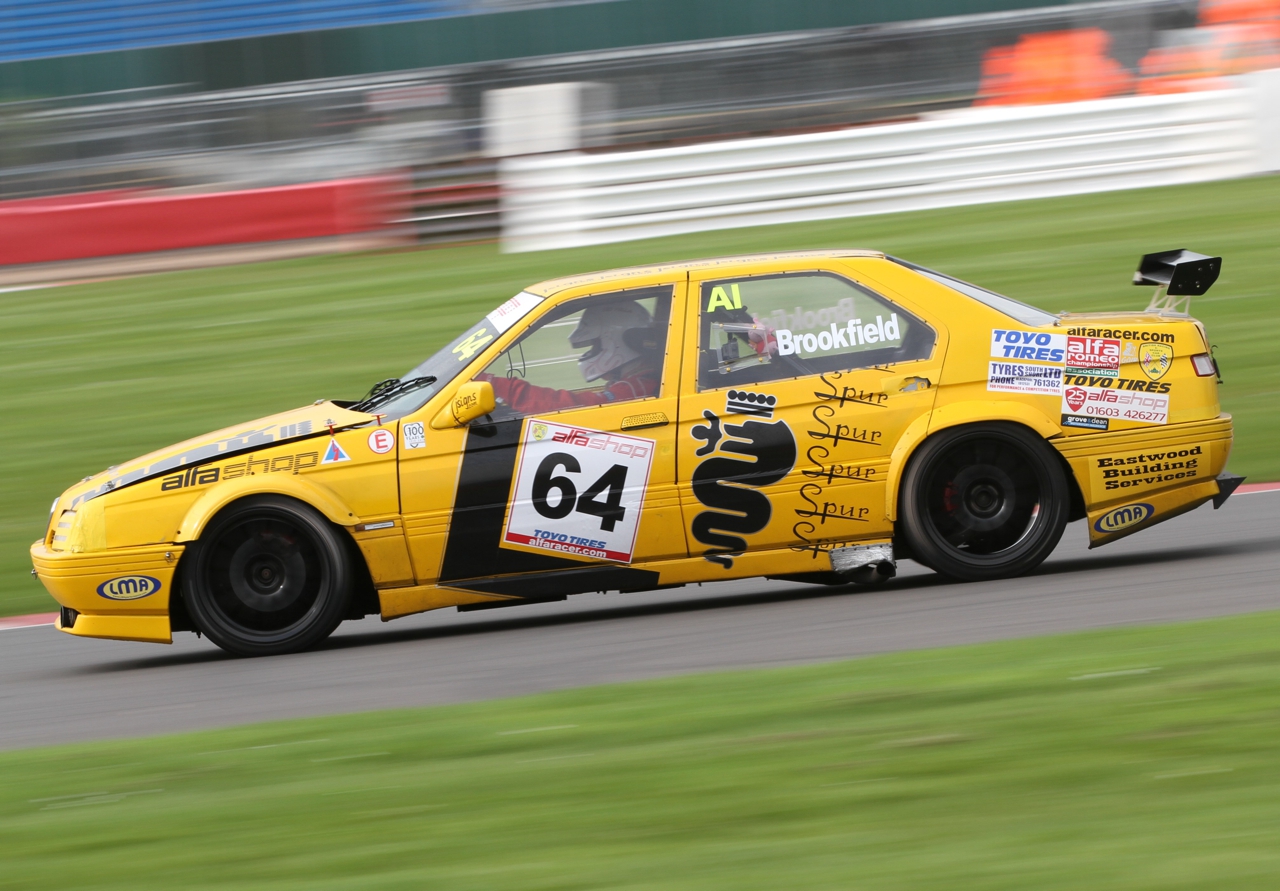 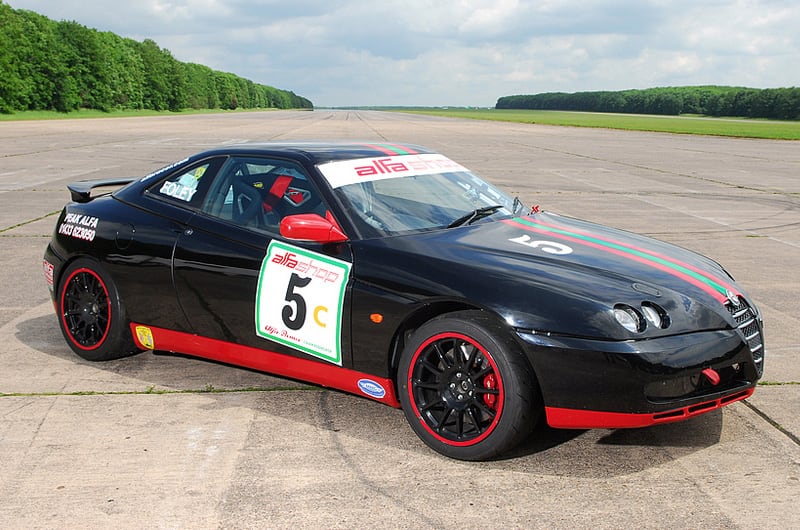 We received a message on twitter during the week to let us know that we’d been nominated in the “Best Saloon Series” category for the Downforce Radio Awards. We have some tough competition from the likes of the BTCC & Super Touring cars so if you’d like to help us out, head to the downforce website.

Infiniti announced this week that they will be entering a 2 car team in the 2015 British Touring Car Championship aiming to raise awareness of The Support Our Paras Charity. The team guided by Derek Palmer Senior will feature Derek Junior and Richard Hawkins at the wheel of the brand new Infiniti Q50 BTCC car. Similar to Mission Motorsport, last weeks Friday Fix feature, the Infiniti team will be employing ex service men and women who have been injured in the line of duty.

Why not try following us on one of our many social media profiles. If you’ve never used one before, they’re not as daunting as you may think. You don’t even have to contribute, you can just follow alfaracer and receive news and updates from the championship as soon as they are released and be notified on your PC, tablet or mobile devices whenever there is something new on the website. Give it a try. 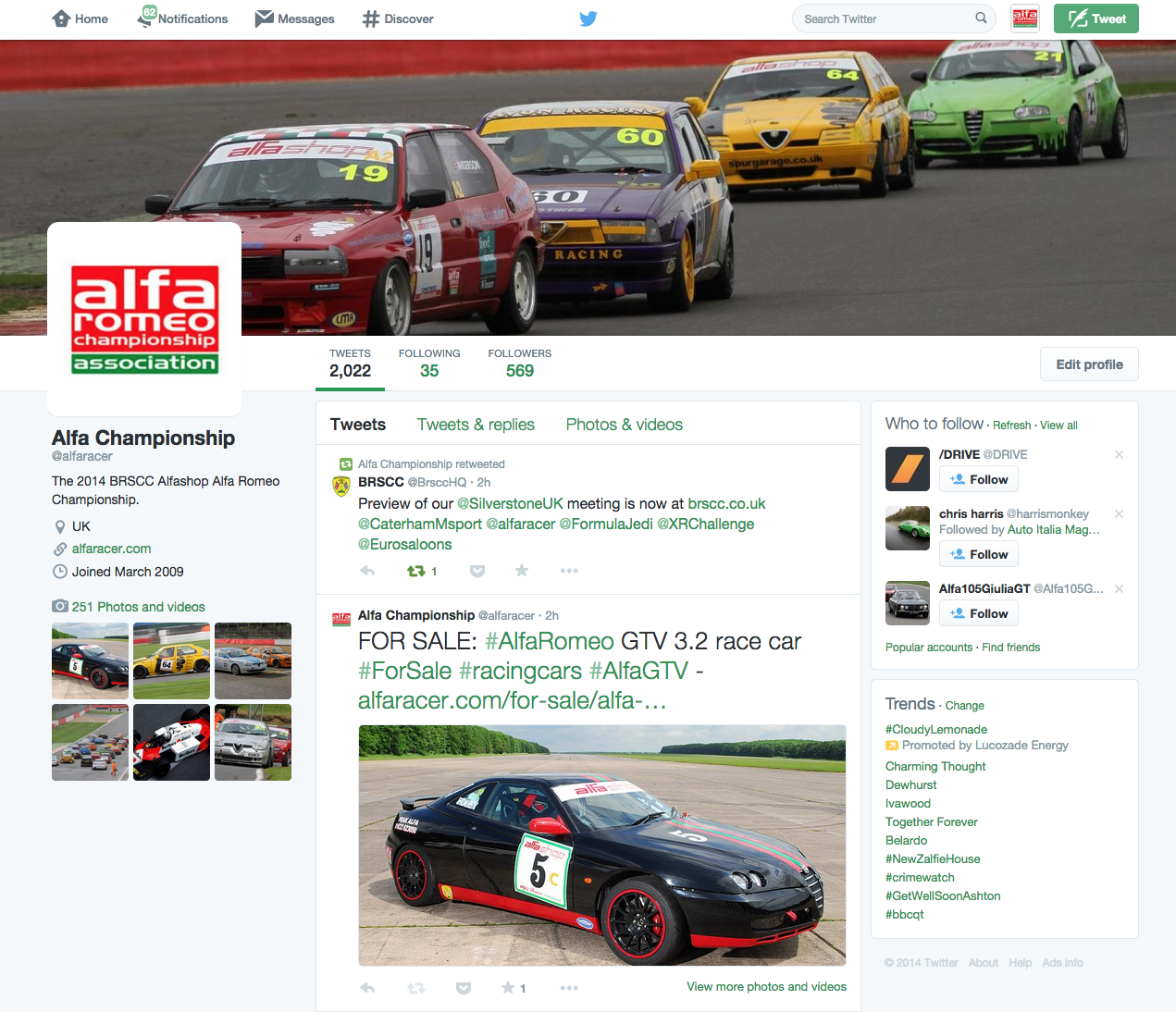 You may have noticed we’ve improved the comments system on the website recently. You can now comment using your Facebook, Twitter, email address or post as a guest. Feel free to join in the conversation on a variety of news articles, upcoming events or race reports using the form at the bottom of each article.