It’s been a dark time for motorsport over the past week with the incident involving Jules Bianchi during the Japanese Grand Prix followed by the death of former F1 driver Andrea de Cesaris in a motorcycle accident.

Some of you may remember de Cesaris had two stints at Alfa Romeo, initially back in 1980 and again in 1982 after a year with McLaren. He became the youngest ever pole sitter at the Long Beach Grand Prix before staying true to his unfortunate nickname (de Crasheris) during the race. Never the less, he posted some of his best results at the wheel of an Alfa Romeo. Our thoughts are with Andrea’s family and friends.

Some good news now. Mission Motorsport have been in touch to promote an excellent event to help those affected by military operations by providing opportunities through Motorsport. They plan to run an 8 hour endurance race at Anglesey on 9th November 2014. If you would like to know more please read through the details below courtesy of Warrant Officer Class 2, Jon Earp.

So, what’s this all about?!

Funded partially through Help for Heroes, and working for them, we work alongside men and women from all three Services and use the medium of motorsport as part of their rehabilitation programme. Our end goal for each and every individual is to get them into full time employment, something which we’ve realised we’re quite good at with people going on to work within motorsport and the greater automotive industry!

So, onto the race.

As a result of a meeting at this years Autosport Show, Anglesey Circuit gifted us the track for a day, what was initially going to ‘just’ be a trackday has morphed into a full three day event! On top of that we’ve ‘borrowed’ a few drivers from BTCC and British GT who will be available to join teams for the weekend as a guest driver. This really does bring the top-end world of British Motorsport into Club-racer territory and we’ll marry the teams to their guest drivers at the Friday night party, names-out-the-at style. Fancy having one of these join your team?: Rob Austin, Elliott Cole, Calum Lockie, Adam Morgan, Paul O’Neill, Dan Welch.

Friday evening: Heroes Dinner, informal gathering at www.oystercatcheranglesey.co.uk with a few surprises and Paul O’Neill no doubt getting on the mic later in the evening!

Saturday afternoon: Supercar Saturday. Our guest drivers will pilot an eclectic mix of drift, race and supercars around two concurrent circuits (Club and National). An opportunity for family and friends and the general public to experience our world.

Saturday evening: The Pit-stop café hosts the Party in the Paddock with live band and community bonfire.

Sunday: Raceday! The rolling start crosses the line 8AM sharp. We pause the race at 1045 to hold our own Remembrance Parade in the pitlane with cars all held under Park Ferme conditions. We’ve got our own Army Padre and Welsh male choir to make the event more memorable and all the MM lads and lasses will be wearing their military head dress and medals. As a Service Charity it was only right that we mark the centenary of the First World War in the appropriate way and we hope everyone will attend the service. 1115 racing resumes and we race until the eight hour point.

In case anyone has any energy left (!) On Sunday evening we host the Wash(ed)-up Party back in the Pit Stop Café, a chance to network for next year!

So, the money bit:

£2000 secures a team entry. Five classes to choose from, four cc-rated cups and the ultimate Heroes Trophy for single car entries. I guess most of your competitors will look at the 2000cc Cup where they’d be up against MX-5 and Civics in the main and can run up to four cars/drivers relay fashion. Heroes Trophy entries are ‘free bodywork and engine’ to allow for modification to reflect the extended race period and we’ve everything from Golf diesels to Elise and exige to 20 year old Mk 1 MX-5 having a punt at this one!

I appreciate 500 quid (assuming a team of four drivers) is a lot to find at the end of a season but look at the available track time, and the fact that we are providing free fuel for both qualifying and raceday as part of your entry fee (equivalent to 1ltr/min x quali and race time). That’s a lot of racing for not a lot of money. Plus of course the opportunity to request a guest driver to load your team!

Press: Radio Le Mans will be joining us for the weekend, broadcasting live via their internet streaming. We’re also filming a documentary for Sky during the weekend so a chance to get your car on TV!

Even if folk can’t make the entry, we’d welcome everyone to support the event as spectators or to join us Saturday afternoon for some flying laps…I’ve only got one Alfa Romeo entry to date, a privateer. I’d love to see a few more…

Jon Billingsley has begun building a 147 for Class E. He plans to rent the car out along with his current car.

Another Rockingham video has surfaced this week, this time on-board with race winner Chris Snowdon in his A2 33 16v. Part two can be found here.

What’s on this weekend

MotorsTV, broadcasters of numerous Alfa Championship races will be available for the first time on Freeview channel 71 and YouView from this weekend bringing Alfa racing to a wider audience! The BTCC finale is on ITV4 this Sunday from Brands Hatch. Will it be two titles for Colin Turkington or a third for veteran Jason Plato? No doubt, all eyes will be on Formula 1 as they head to Sochi for the inaugural Russian Grand Prix. Sebastian Vettel’s announcement that he will be leaving Red Bull will certainly leave some drivers nervous about a 2015 seat. Honda is looking to make a winning return next year with their brand new turbo engines for the McLaren team. Listen to the sound of the hybrid V6 1.6-litre below.

Finally, we would like to wish Jules well following his accident and hope that he makes a full recovery soon. 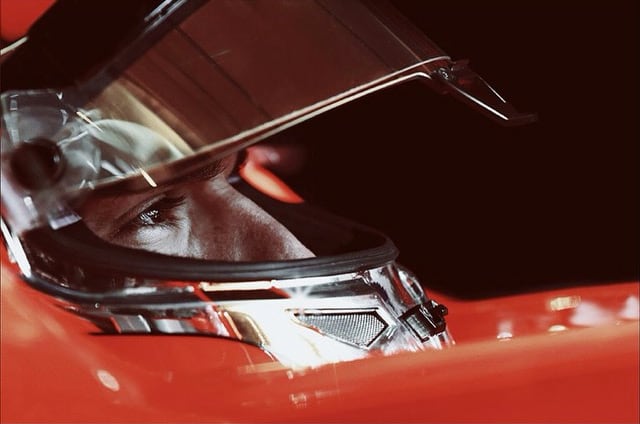