Rockingham this weekend (September 20/21) will provide a somewhat different background to the Irish Sea and fresh air that greeted us at Anglesey.

This comes in the shape of large, almost deserted grandstands, and some 20 seconds per lap on part of the Oval. It is the penultimate meeting of this year’s Championship and features a double header that will continue the battle for the 2014 title between James Bishop and James Ford with Roger Evans and Steve Potts still in touch for a podium slot when dropped scores are taken into consideration. With a total of 25 entries it offers the best BRSCC Alfashop Alfa Romeo Championship field of the year.

The eventual outcome could certainly be affected by the success or otherwise of several drivers in Class E who could challenge for class wins and fastest laps. In particular Tom Herbert has already taken a win this year and has since has gained valuable experience at Spa and Zandvoort in recent weeks. Steve Potts showed good speed at Anglesey, taking a pole position and a 3rd in class while another to benefit from a visit to Zandvoort has been Andy Hancock. However, with 15 Class E cars running down to the first corner it will be exceptionally tight and a “gung ho” approach could well result in incidents that none of us want to see! If everyone is patient (!?) and gets through Dene then I think we will have some very hard fought contests throughout the field. I would bet on Dave Messenger featuring well in his first race since Oulton Park at the end of May and also Chris Healey and Andy Inman who have raced strongly at Rockingham in the past. The 145 of Tom Eastwood could also be well up there, especially if it is wet, and it will be interesting to see how Stacey Dennis, Jon Billingsley and Steve O’Brien get on having missed the trip to Wales. 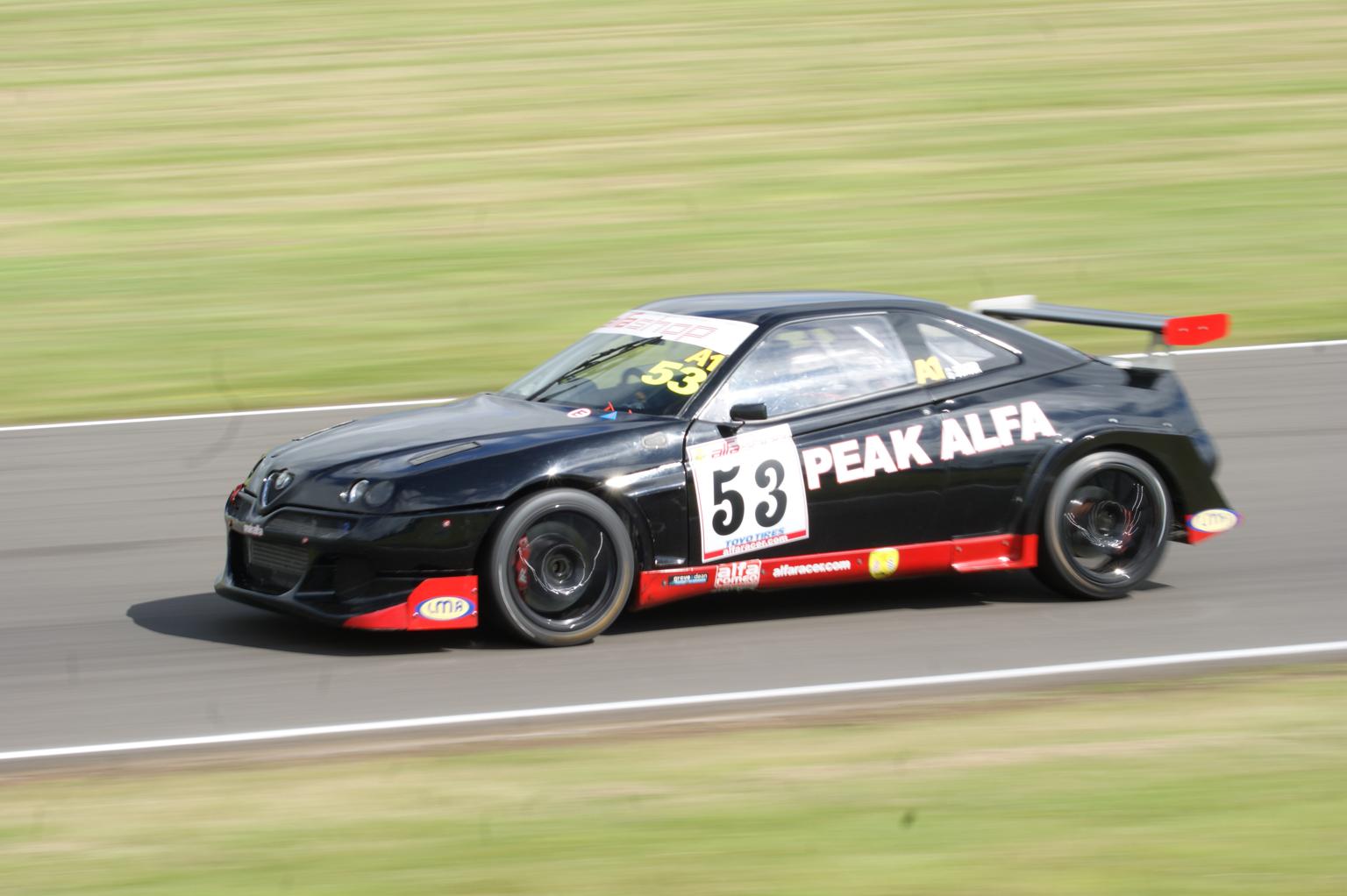 Outright, the races are likely to be dominated by Graham Seager’s supercharged GTV but not far behind there could be an intriguing battle between the two (Class A2) fuel injected 33s of Chris Snowdon and Bryan Shrubb, both winners this year, the 156 3.2 24v of Clive Hodgkin and the 156 Q4 Turbo of Vincent Dubois. The 156s finished 2” apart in that order at Oulton in May. Roger Evans and Ray Foley are others who are able to race hard at Rockingham and can conjure up some podium finishes. And who knows what the weather might bring!

Qualifying takes place on Saturday at 11.45 with the 20 minute races on Saturday at 4.25 and on Sunday at 12.15. Even if you are not racing yourself, come along and give us your support.

Tickets for the end of season awards party will be on sale at Rockingham. We have already sold over half of our allocated tickets so if you plan to attend, please see Joanne Eastwood in the paddock or book online. Raffle tickets will also be on sale at the weekend. Any prizes that can be donated would be greatly appreciated. Please speak to Joanne Eastwood and Ian Brookfield at Spur Motorsport or email Matt Daly.

The BRSCC should be supplying final instructions tomorrow and it looks like we’ll be in the outer paddock again. We plan to hold another panel meeting on Saturday so if anyone has any last minute feedback on the Class E Split Grid or the 2015 Class Structure, please email the panel. As ever, live timing will be alfaracer all weekend.