As we mark the 70th Anniversary of D-Day, I thought I’d include a snippet of Alfa history in this weeks post. After the Second World War, Alfa Romeo’s return to international motor racing was made possible by the existence of five Alfa 158 Alfettas that had been dismantled and hidden in a cheese factory in Melzo near Lake Orta, Italy.

We found a couple of videos from Oulton Park last weekend showing some of the action from round 5 of the championship. The Alfas start at 6 mins in the first video. You can also find more videos and photos along with the Oulton results here.

This 1933 Alfa Romeo 8C 2300 Monza is currently on display in the RAC Club in Pall Mall. This was the original colour it was supplied in for it’s original French owner. It’s still being raced now. 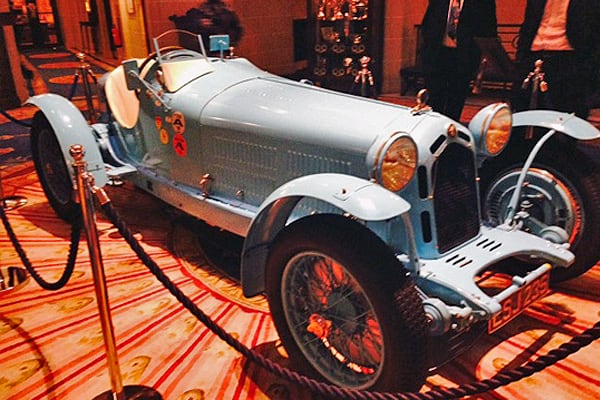 Remember Chris Snowdon’s outing at Goodwood in a GTV6 from Michael’s News & Gossip in April? Well here’s the in car video to support it!

Don’t forget you can watch the BTCC & Super Touring Cars at Outlon Park this weekend online from 15:15 Saturday and on ITV4 from 11:15 Sunday. Good luck to Alfaracers Neil Smith & Steve Dymoke once again.

Also here’s a nice little trip down memory lane looking back at some classic races from the BTCC at Oulton.