We plan to feature a round up of news & photos posted on social media by drivers & teams each week so if we missed anything and you’d like to be included, make sure you let us know via twitter, facebook or by emailing Matt Daly. 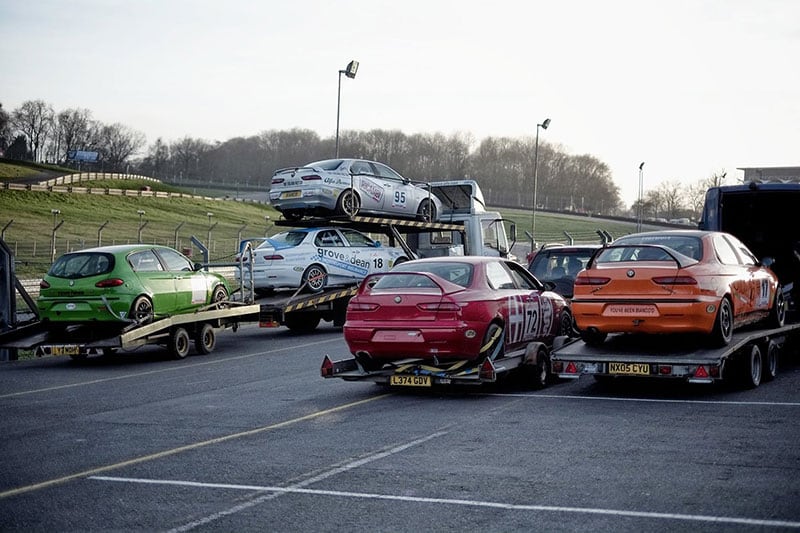 Tom Herbert was there in his 156, fresh with a new orange livery. 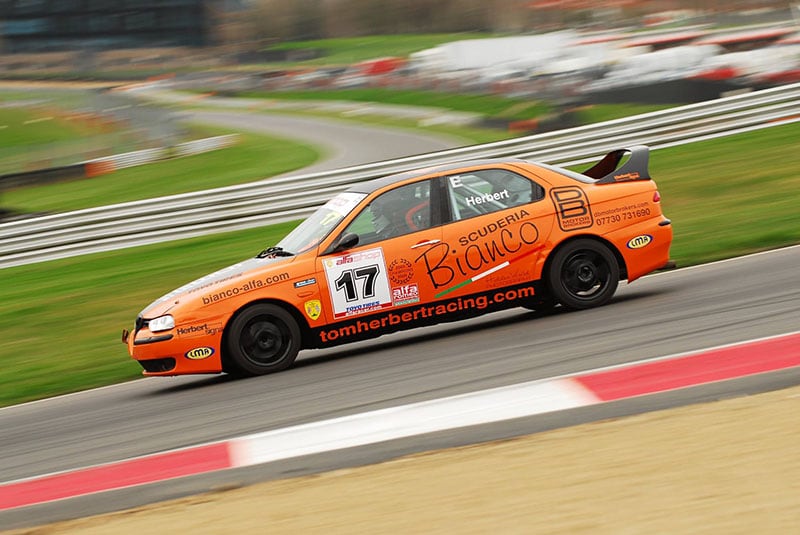 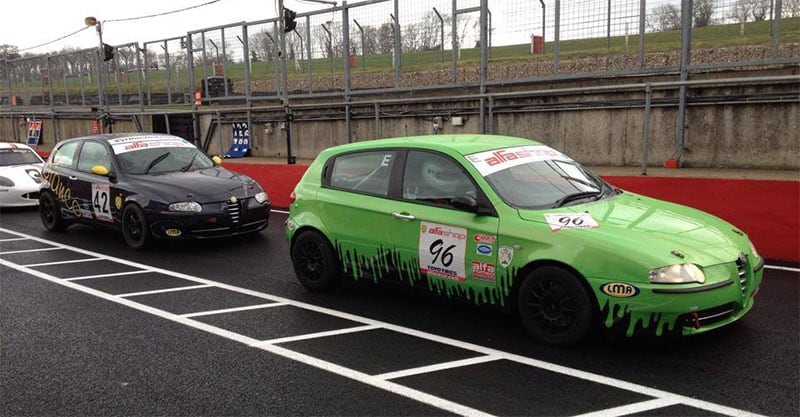 Jon Billingsley invited professional photographer Steve Wood along who took some great shots of the team in action. The full set can be found on Steve’s website. 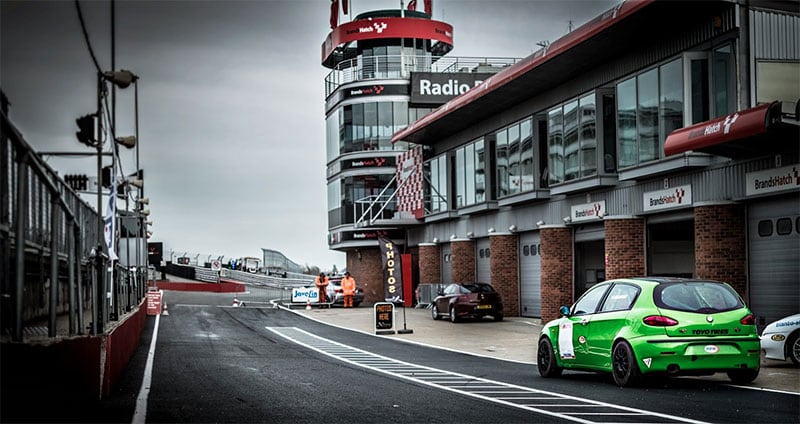 Tom Eastwood completed a successful test in his 145 at Donington. 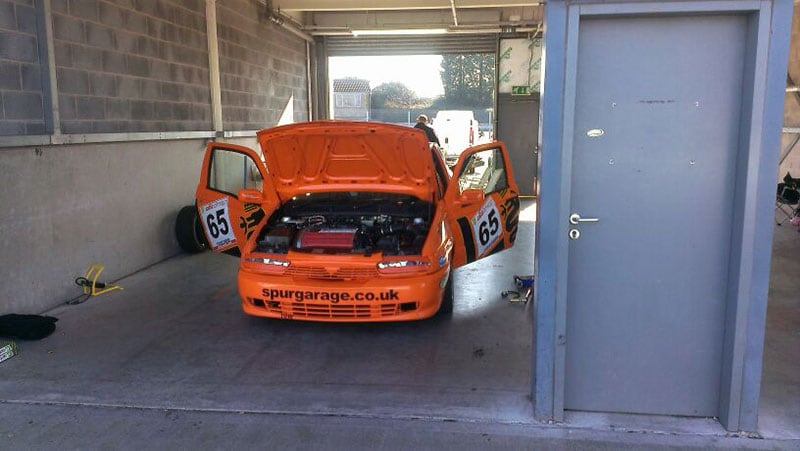 Mel Freeman has renewed her licence and will be back racing this year in the 156 she shares with Father Chris Healey. Matt Daly’s 145 is still being fixed after its last corner accident at Thruxton and won’t make it out for round 1 at Silverstone.

Chassis Leg not as straight as it should be. 5 weeks to go until @alfaracer Round 1 Silverstone… pic.twitter.com/vTBdklpw09

Pro Alfa have been testing at Rockingham with 2013 Class B Champion, Darelle Wilson’s diesel GT.

Andy Robinson’s 156 is in the process of being rebodied as a Touring Car replica, by Kev Evans at Elemento Alfa. The body kit is now in place and the car is in primer. 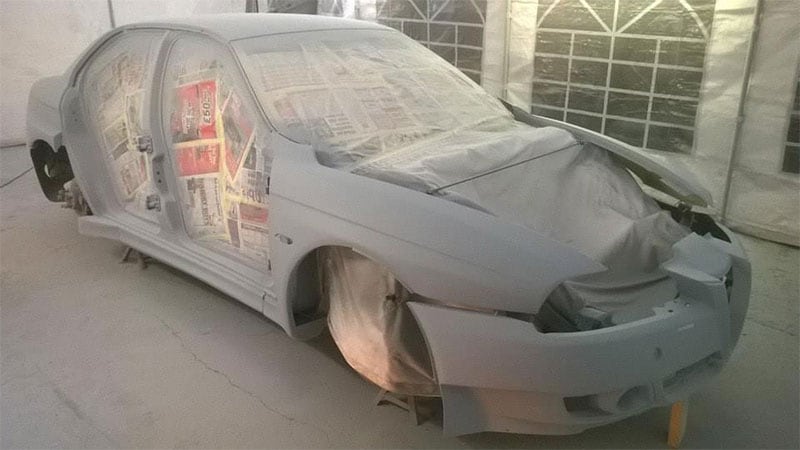 Roger Evans is building a 156 GTA, which will be new to the championship. It will run in Class C and will have its first outing, untested, at Silverstone. 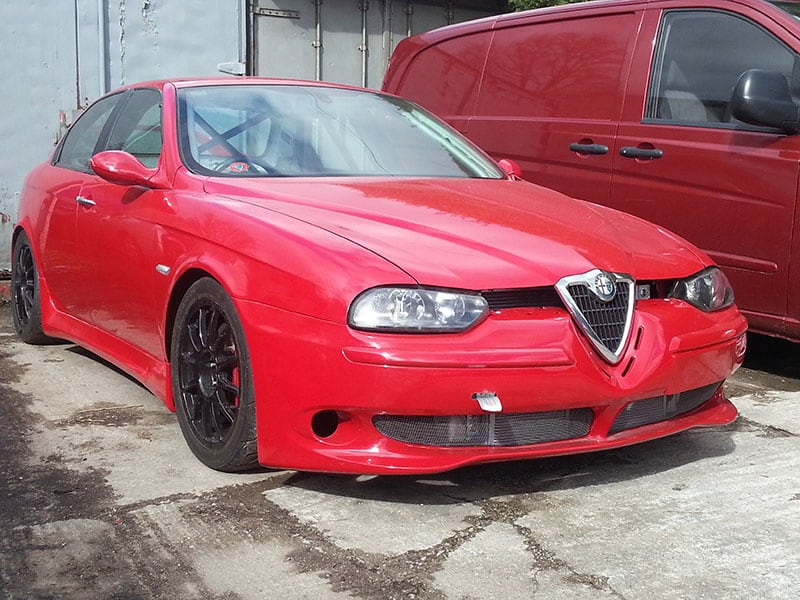 In 2014 Graham Seager will be racing the Ex Roger Evans 3.2 Supercharged GTV. It is all ready to go and he will be making his debut at Silverstone.

Ray Foley’s GTV has been sorted and tidied up. Now, complete with a new springs and dampers set-up, is also ready to go.

We have published the Timetable for Silverstone in two weeks time. If you plan to race, please get your entry in as soon as you can.

The televised races from Silverstone last year are now available online at the Digitex website.

The drivers page has been updated to feature everyone who has registered so far. Images will update with 2014 cars after round 1.

Finally, a bit of Classic Alfa Championship footage from 1994 has appeared on Youtube.