The Alfa Romeo Championship returns to its roots this coming weekend when it appears at Snetterton for rounds 9 & 10 of this year’s title race.

It was back in September 1981 that Paul O’Hanlon accepted an invitation from the BRSCC to gather a grid of Alfas for a pilot handicap race. This was so successful that a 6 race series was proposed for 1982 and the first event  took place at the Norfolk circuit on the Good Friday of that year. Since then, we have been regular visitors, using various different versions of the circuit that followed on from the original 2.71 mile layout that opened for competition in 1951. Some years we even made three visits with the Championship, always managing to attract good grids. 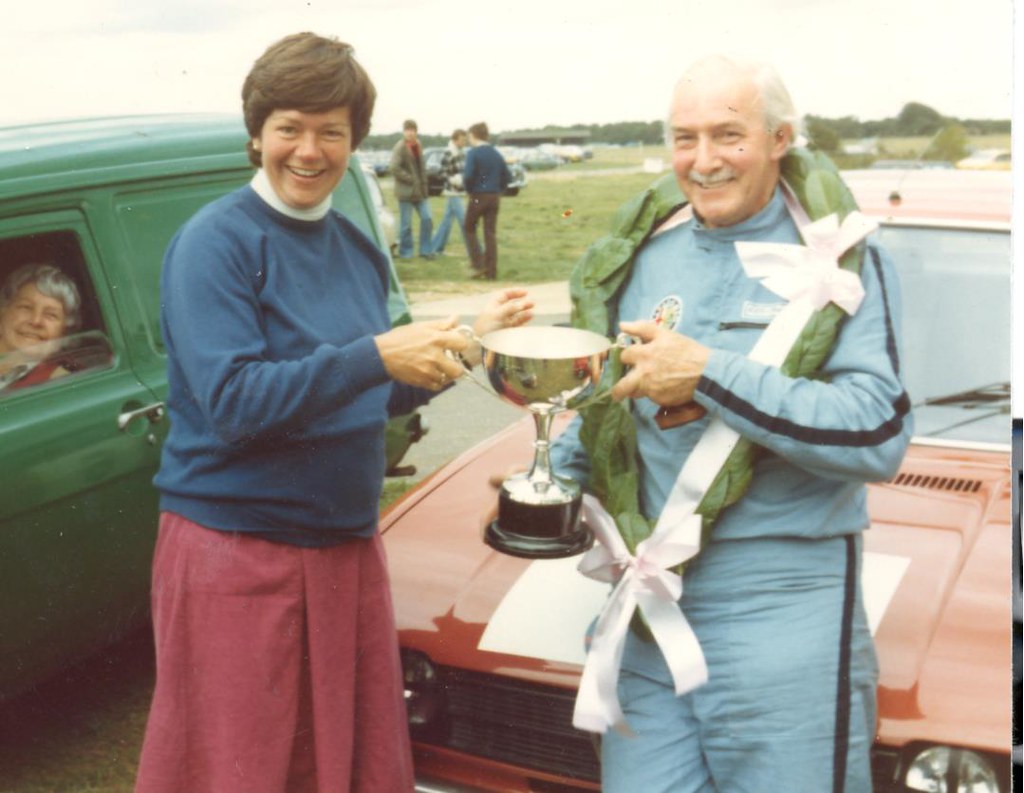 Where it all started. Maurice Macaulay receives the winner’s trophy from Jenny Taylor at the Snetterton “pilot” race in September 1981.

As we know, 2017 has not been easy but we hope that the low point we reached at Rockingham a month ago will not be repeated. The entry for this weekend looks much improved although we have not known from one day to the next exactly who is really going to be there. The Modified cars in the Championship have suffered from the greatest uncertainty. At one point, we thought that Anthony George and Vincent Dubois would be joining Graham Seager, Andy Robinson and Louise West (33). Sadly following their withdrawal and that of Andy Robinson, plus Louise West’s decision to switch from her supercharged 33 to the Twin Spark Cup Spider she has been building up for some time, we are left once again with just Graham Seager.

However, for a change the Power Trophy has shown an upsurge in entries, any one of whom could end up on the race podium during the weekend. Ron Davidson will be making his long awaited first appearance with the re-engined 164. This now has a more powerful 3.2 litre 24v V6 added to which Ron now has a set of the latest Yokohama slicks. So the car should be a lot quicker. We are told that Ian Brookfield has solved the lack of power problem that affected his 155 V6 earlier in the year at Silverstone and he will be hoping for a competitive weekend. Dark horse will be Paul Webster who now has the ex Clive Hodgkin 156 GTA. We know that the car is quick and it may be that extra power and slicks will suit Paul better than his Twin Spark 156. Finally, there is a good chance that Paul Plant will also be running in the Power Trophy with a 156 GTA, so no predictions on who will come out on top here! Likely to be somewhere near the front, though, will be the two Invitation class Fiat Puntos of Chris and Simon Mcfie. Chris already has three overall wins to his name this year and will be eager for more podiums at the very least. 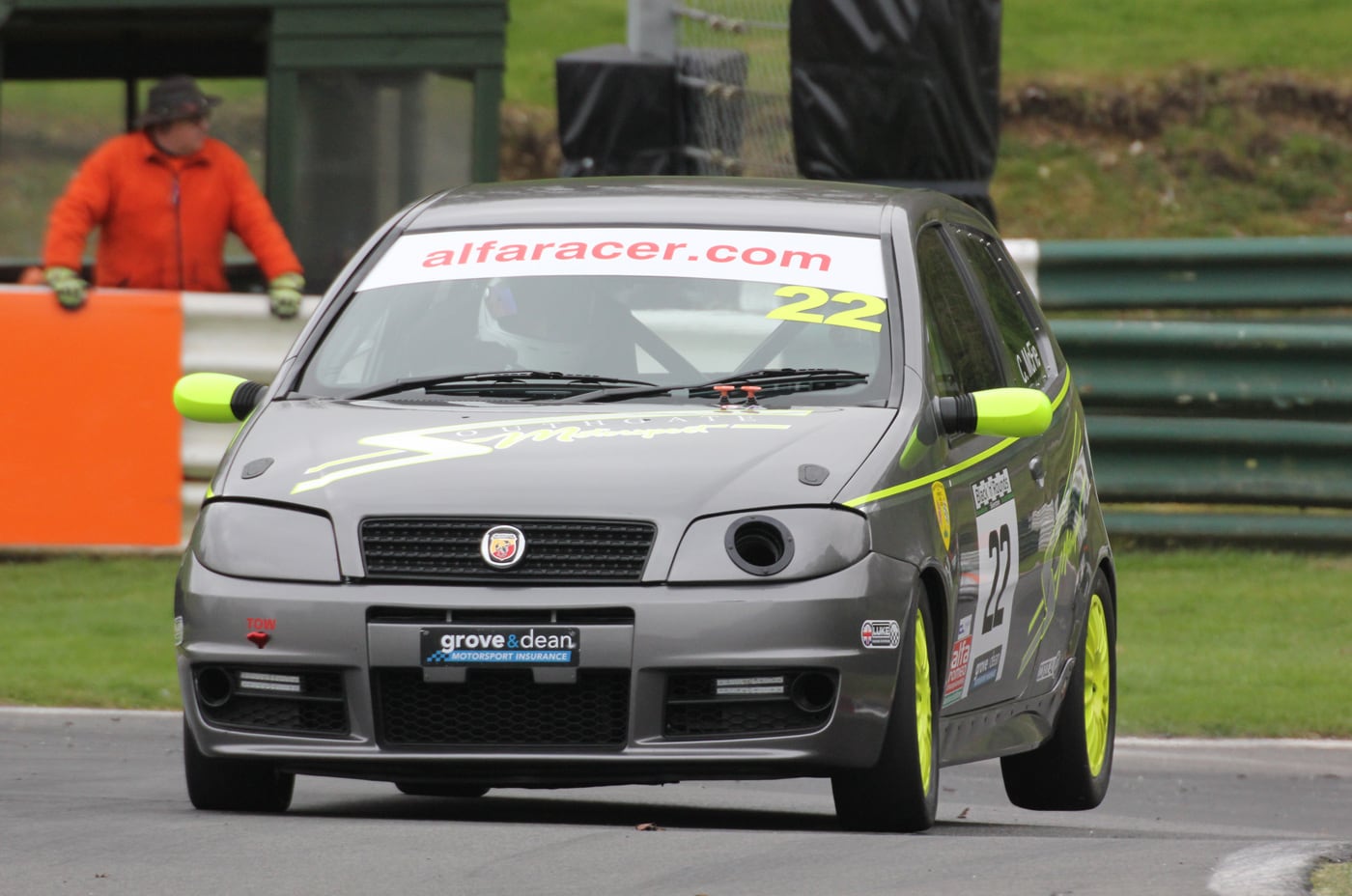 And so to the class where the most intense competition will be seen. The 11 car entry contains all the championship front runners and we shall await to see whether Andrew Bourke can extend the points advantage he has over Simon Cresswell and Tom Hill. However, there are several other drivers likely to feature if their weekend’s go to plan. Dave Messenger can always be reckoned on for a couple of strong drives which would be helped if he can finish qualifying near the top of the times. Gethin Llewellyn is due a good result or two, as is Richard Ford. There should be some good racing between Mike Tydeman, Andy Inman and Jeremy Chilton, and we should not forget not the two Spiders of Nick Anderson and Louise West. It will be interesting to see how their two cars compare. Nick raced his yellow example last year but this will be Louise’s debut with her silver car. 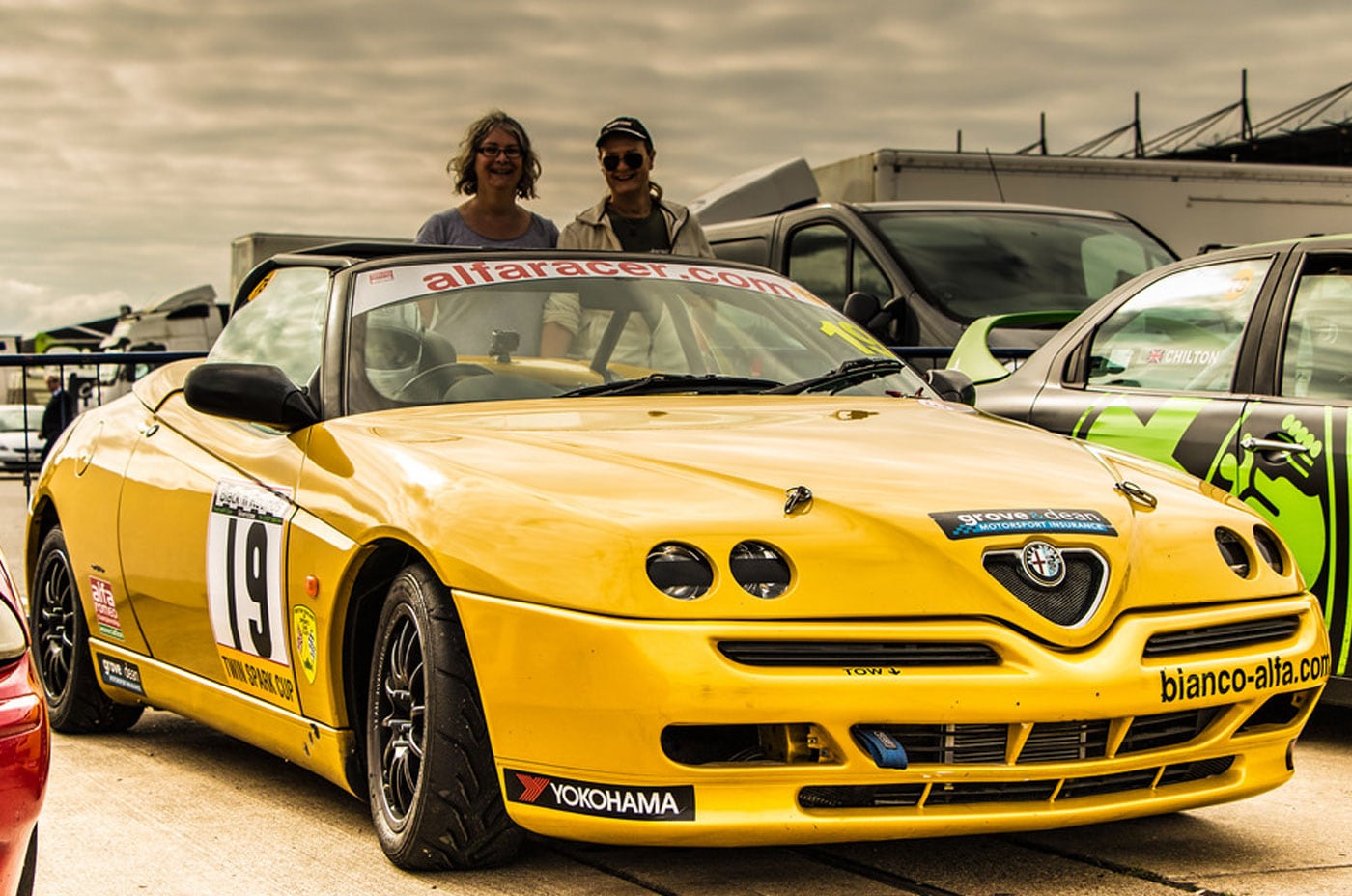 Anyone going to Snetterton (and any other MSVR circuit in future) should be aware of the new Paddock rules related to what they describe as “small working pit lane/paddock transport”. This includes public liability or 3rd party insurance cover. Passes at Snetterton will be available from championship co-ordinators (or the Secretary of the Meeting) provided that there is proof or assurances of live cover. The BRSCC will keep a log of all registered vehicles with insurance details. This applies to all buggies and quad bikes. The MSVR Bulletin also states that no scooters or pushbikes are permitted on site (“unless authorised” = does that mean insured?!) The Championship will be based in the four garages at the Murrays end of the pits, and in the area beside them. Andy Robinson will again be acting as on-the-day co-ordinator as he has done for most of the year.

An e-mail just received from BRSCC Chairman Bernard Cotterell has informed us that the “Code 60” flag experiment has been dropped with immediate effect following requests from competitors who are particularly concerned about the regulation of speed and gaps while the flag is being shown. Organisers will revert to use of the Safety Car.

If you are travelling to Snetterton on the A11 or A14, please be aware that the Newmarket Festival of Horse Racing is also taking place this weekend and that this may produce extra traffic in the area.