The Alfa Romeo championship heads to Rockingham this weekend for its 14th – and last – visit to this unique circuit.

Rounds 13 and 14 of the Championship will be utilising the Super Sportscar Long configuration that incorporates part of the original oval track with the challenging infield section run in an anti-clockwise direction unlike the majority of circuits that run in a clockwise direction. It is sad that the racing circuit will be closing at the end of the season but the new owners reckon they can’t make any money out of it as a racing venue and so are turning it into a major transport facility for the motor trade. Hardly exciting, but good business if the promotional rhetoric becomes a reality.

It is getting to that time of the season when some budgets are getting a bit thin, and this weekend’s entry list reflects that. Also, for whatever reason, some drivers aren’t greatly fond of Rockingham as a circuit and will sometimes choose not to enter there if resources are getting stretched. (Personally I like it – probably because it was the scene of my only ever Driver of the Weekend award!)

We have a very competitive entry list and some excellent racing is in prospect. There is perhaps an added attraction for Power Trophy and Twin Spark cars of the possibility of setting a new lap record that will never be broken… Leading the championship with 4 rounds to go is 2016 champion and Twin Spark lap record holder Tom Hill in his distinctive black and gold Bianco supported 156 from Richard Ford in his Hitek Electronics supported 156 with Paul Webster and Dave Messenger third equal overall (before dropped scores are taken into account). Paul is in his rapid 3.2 litre 156 GTA and will be keen to make up lost ground on the leaders after missing the last two meetings at Silverstone and Brands Hatch, whilst Dave is in his familiar Darnells Engineering sponsored 156. 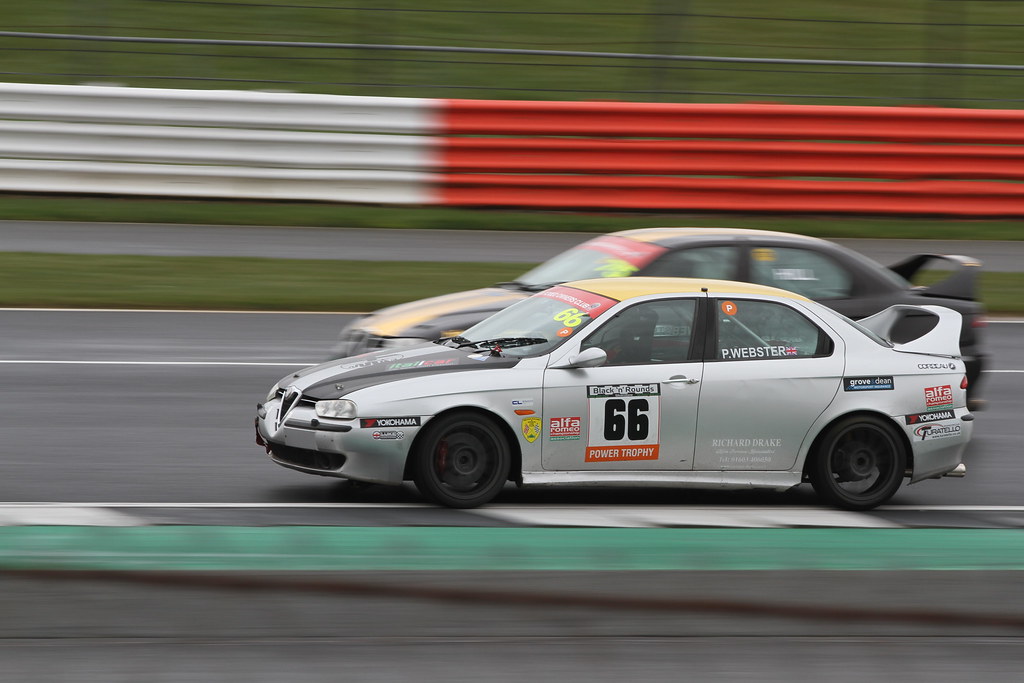 Lining up alongside Paul Webster in the Power Trophy will be Robin Eyre-Maunsell, making his second appearance of the season in the red 3.2 litre engined 156 GTA prepared by Peak Alfa, and Scott Austin, who is continuing to put in improving performances and determined to consolidate his second position in the class driving his eye-catching 3.0 litre 155 for the first time at the circuit. 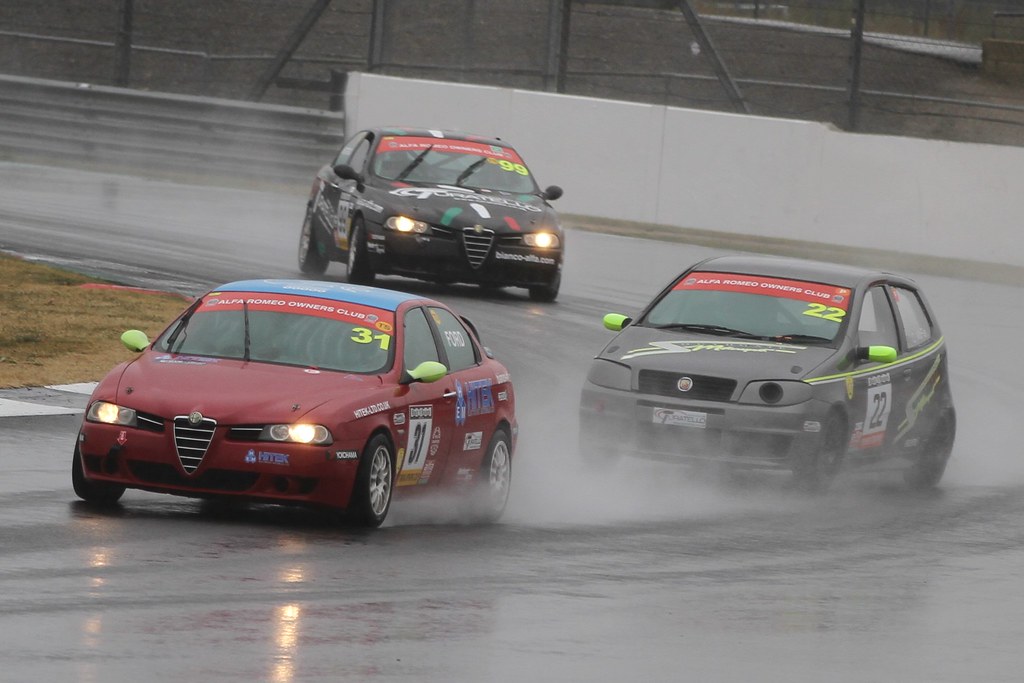 In the Twin Spark cup, Tom Hill will be looking to strengthen his position both overall and in class and we can expect another committed drive from the Brighton based driver. As always, Tom will be the driver to beat but there are many contenders. Richard Ford is making his first appearance here and will be hoping to put in a strong effort on this unique circuit as will third position in class driver Dave Messenger who is always capable of challenging for honours. Riccardo Losselli had got to grips with the 156 he has been using recently, picking up podium places but reverts to his 147 this weekend so it will be interesting to see how his performances compare. Kristian Leith has recently achieved his licence upgrade to National A and is here in his Bianco-prepared 156 looking to maintain and build on his recent strong performances. 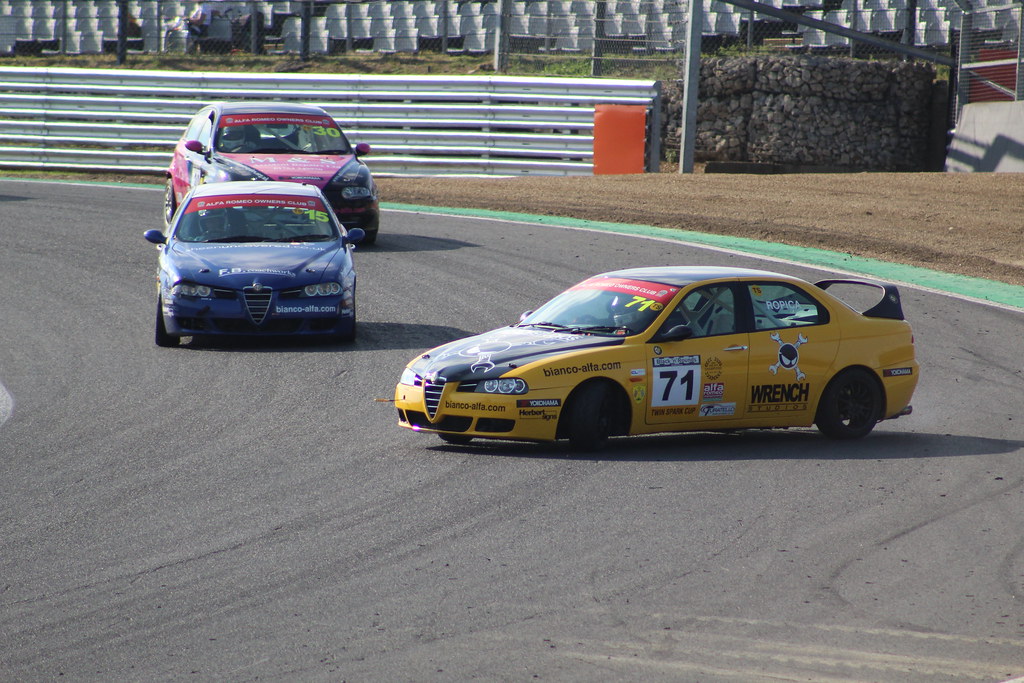 Mel Freeman is once again at the wheel of her black 156 looking to strengthen her recent qualifying and race performances. The talent and determination are certainly there to enable her to do so – it just needs perseverance. Andy Inman makes a welcome return driving his Peak Alfa-prepared 156 after missing the last 2 rounds at Brands. Avni Ropica returns for his second Championship outing in his 156 having competed for the first time in the championship at Brands last time out, where he ran well in midfield in both races but suffered a little in the final analysis as a result of a couple of minor errors. There is surely more to come from him once he is back in the swing of racing in a competitive field. Finally, making a welcome return in the Bianco supported white and blue 156 is Andy Hancock, in his first outing since Silverstone in April. It will be great to see Andy on the circuit again – welcome back! 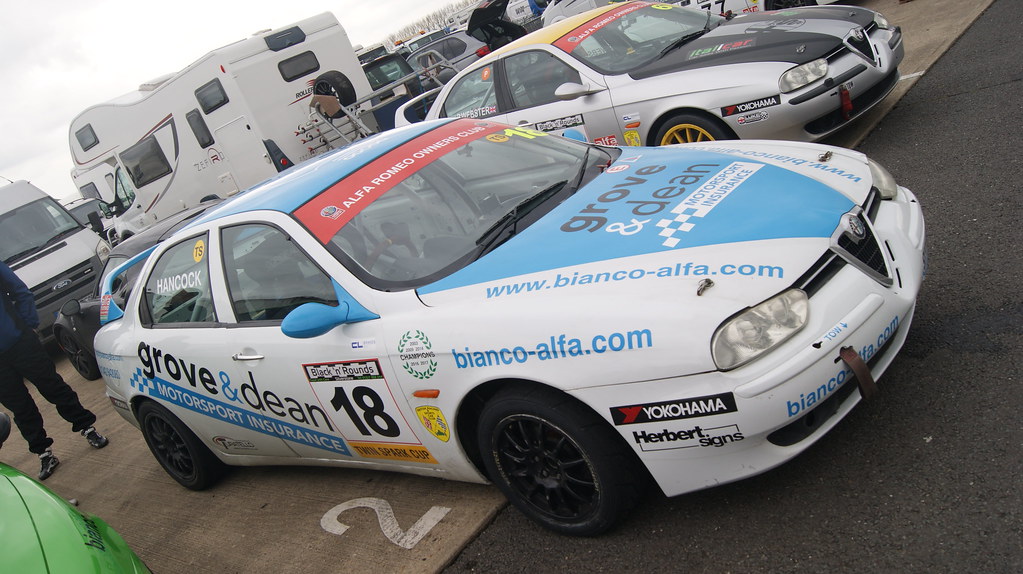