It is always satisfying when a new name appears at the top of a Championship points table.

The 2017 BRSCC Alfa Romeo Championship has seen Andrew Bourke do just that with his smart silver and orange face-lift 156. With Twin Spark Cup class wins at Oulton and Cadwell Park he has moved 13 points clear of the Simon Cresswell who shared the lead with him after Silverstone in May. Andrew enjoyed a couple of sparkling races at Cadwell where he battled on both occasions with the tenacious James Browning and his 147. But the Lincolnshire track is narrow and Andrew was always able to position his car in a way that would have made any lunge by James likely to end in tears unless his rival made a mistake that allowed him past. No such error was forthcoming! 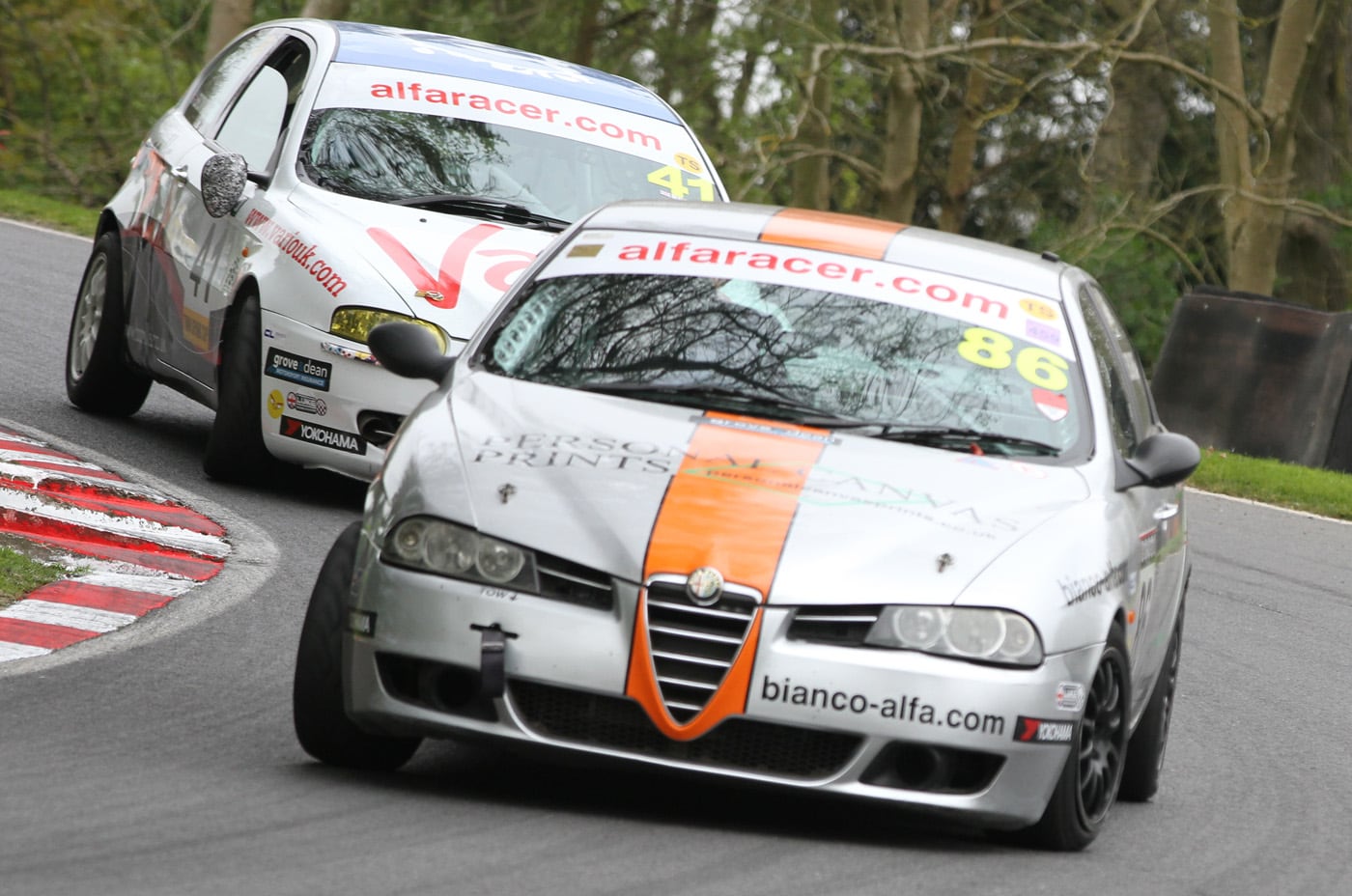 Simon Cresswell enjoyed a good first race at Cadwell to finish on the podium but then spun away a strong third place in race 2, dropping to fifth behind Tom Hill and Mike Tydeman. So what of Tom Hill who had been hoping to mount a back-to-back championship title campaign? It all started well at Oulton Park in March when he won the Twin Spark Class in race 1. He then had to retire in race 2 after damaging his gearbox on a kerb. Moving on to Silverstone, all looked good after qualifying when Tom took the class pole. In the race he battled throughout with James Browning, crossing the line in second place only to be excluded from the results for overtaking under a yellow flag, losing valuable points in the process. He then had to start from the back of the grid in race 2 but managed to work his way up to third by the flag. Sadly, the ramifications of the exclusion didn’t end there as championship regulations dictate a drop of grid places at the next meeting for any points on a driver’s licence. So at Cadwell, Tom was already on the back foot but managed to salvage a fourth and then a third place by the end of the day. He currently lies fourth on the points table but second once dropped scores begin to be taken into account. Other drivers likely to score well at Rockingham this weekend are Dave Messenger, who won one of the two races that ended the 2016 championship here, Andy Inman and the ever improving Mike Tydeman and Paul Webster, all driving 156s. Sadly we are lacking an entry from Silverstone race 2 winner James Ford and his brother Richard who was a front runner at Cadwell. Richard is understandably aiming his budget at his wedding later in the year. 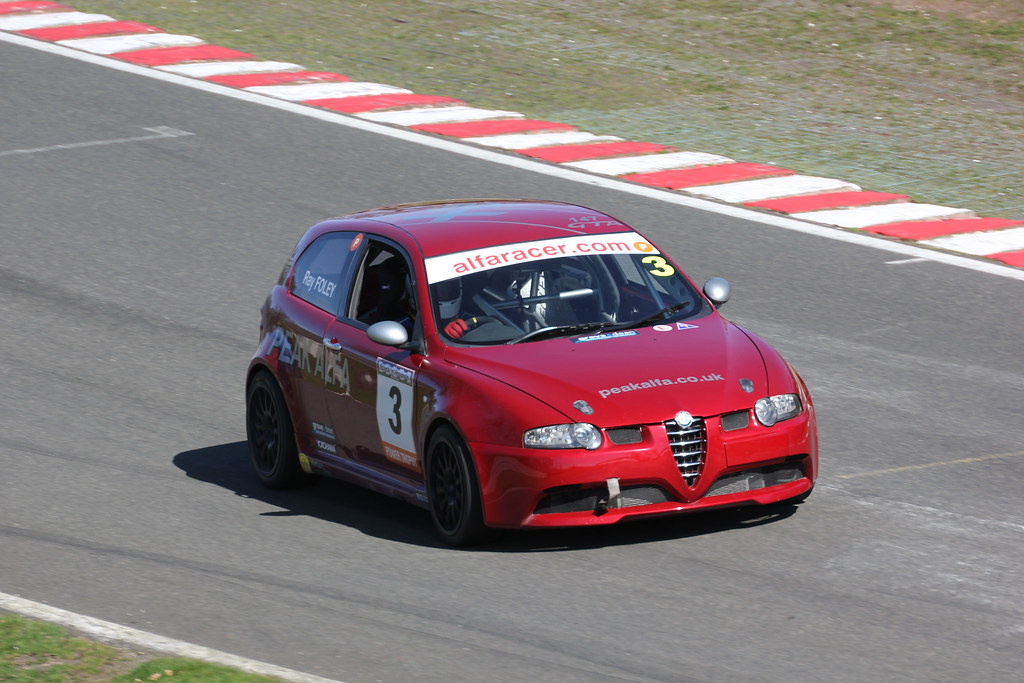 At the time of writing, the entry was incomplete particularly in the Modified and Power Trophy classes. Overall wins have been divided this year between the 33 16v 2 litre of past double champion Anthony George (twice at Silverstone), Roger McMahon (156 3.2) at Oulton Park and the Fiat Punto Abarth of Chris McFie (Oulton and twice at Cadwell). In the Power Trophy, Ray Foley took a win in his 147 GTA at Silverstone and after missing Cadwell will expects to be back at Rockingham hoping for more success. We were hoping to see the return of Ron Davidson with his 164, bringing along some nostalgia as this was the model he raced with considerable success back in the 1990s. The present car has recently been fitted with a 3.2 litre version of the familiar V6 engine. Graham Seager plans a return this weekend having been frustrated by the length of time taken to source a replacement suspension component for the one that broke at Oulton. Graham has been a winner at Rockingham in the past but should face strong opposition from the 156 Turbo entered by Vincent Dubois. The latter’s reliability record has not been its strong point though and a major engine failure at Cadwell will have tested Vincent’s considerable engineering skills.

We can be found at the assembly area end of the pit garages and any visitors would be more than welcome. Andy Robinson will again be on-the-day co-ordinator.

After Cadwell, we go to Snetterton over the weekend July 15th/16th, followed by Festival Italia at Brands Hatch on Sunday, August 13th.