After our trip three weeks ago to Zolder, we return to more familiar ground at Oulton Park this Saturday for rounds 7 and 8 of the Championship – our half way point.

Our Belgian adventure was less than happy for some but there were stand-out exceptions, the most obvious being Simon Cresswell who had a stellar weekend with a Twin Spark Cup 2nd place on the Sunday morning, followed by an overall and class win later in the day. This vaulted him to second place in the overall and class points table, only 13 points shy of Tom Hill who suffered a retirement and a “must get to the finish” 6th in class in race 2. It was only the efforts of Bianco that allowed him to be in a position to race again and go points gathering, but it was at least “mission accomplished” in that respect. Andy Hancock and Dave Messenger were others to rue poor weekends but they should be joining Simon and Tom at Oulton, all ready to go once again in their various 156s. 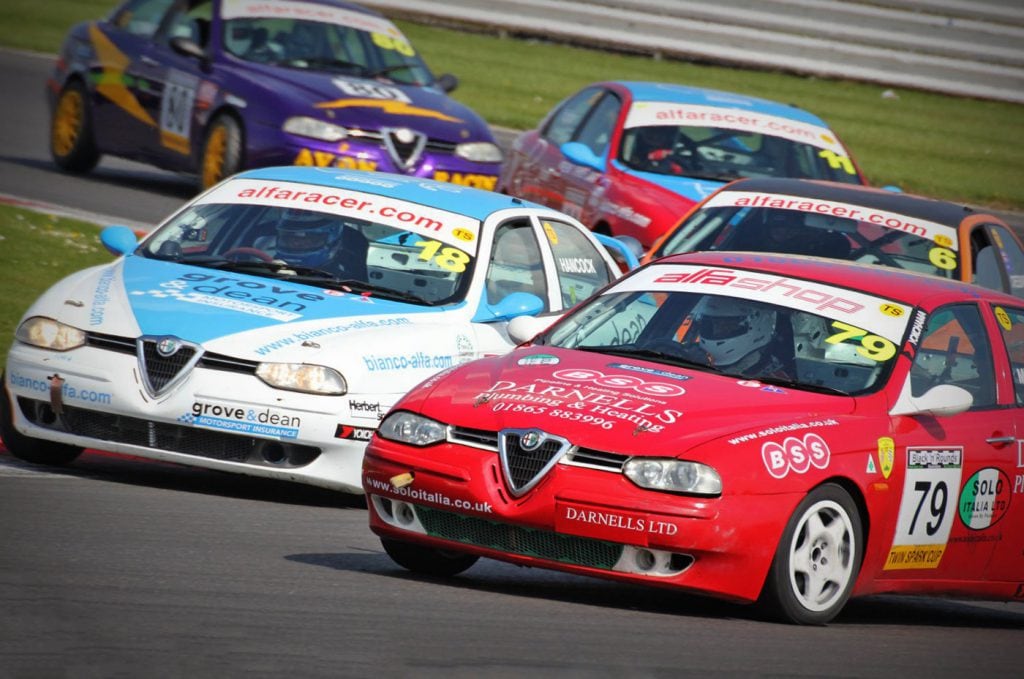 In fact Dave and Andy both have good records at the Cheshire circuit, finishing 2nd and 3rd in the single race we had there last year, behind Paul Plant who has not entered this time. Tom, on the other hand, will be anxious to make up for his lap 1 exit in 2015 while Simon will be hoping that, with a year’s racing behind him, he will be able to improve on his 5th in class a year ago. He will also want to continue scoring in every race as he has done so far in 2016. One driver we shall be glad to see back is James Ford, having his first outing of the season. James won Class E (now the Twin Spark Cup) at Oulton back in 2014 ahead of Steve Potts and James Bishop, so he is no stranger to the circuit. He also took three victories last season, so we would expect him to get back on the pace pretty quickly. The midfield TSC battle should also be really entertaining. Richard Stevens will be back with his 145 after missing Silverstone and Zolder but sadly his Snetterton sparring partner, James Browning, is sitting out this one although expect to see him back at Castle Combe. Another 145 will be the ex Tom Eastwood car of Mark Hope. There should have been a third example of the model as Roger Evans had entered with his recently acquired car. Unfortunately, though, with the cars of Andy Inman, Andy Robinson, Graham Seager and Ray Foley to look after, it had dropped to the back of his Peak Alfa queue. The only 147 entered this time is that of Joshua Lambert who was very competitive at Silverstone but will be making his first Oulton appearance. There are three other 156s to add to those already mentioned. Andy Inman had a good Zolder weekend and is probably driving even better than ever this year. He will be joined by Mike Tydeman and Paul Webster but missing for the first time since he started racing with us in 2015 is Jeremy Chilton as he has a long standing family commitment. The ever improving Andrew Bourke has entered his 916 series GTV once again. He made his debut with the car at Oulton last year but both car and driver have moved on a lot since then and we can expect him to be fighting the likes of Andy Inman and Mike Tydeman as he did at Snetterton and Silverstone. 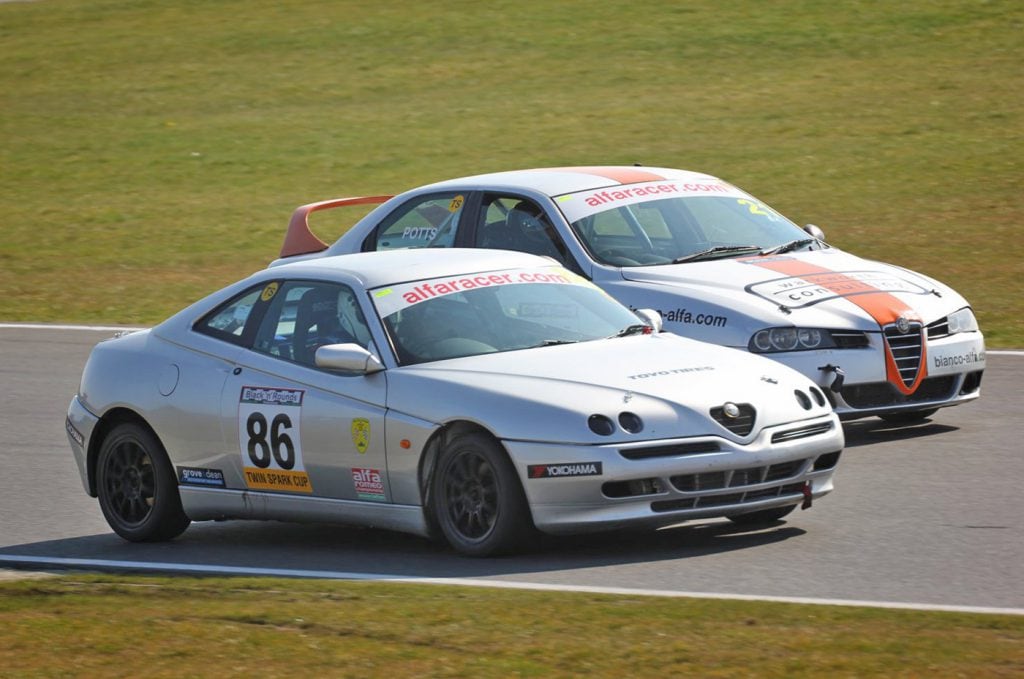 The Twin Spark Cup may produce the closest racing – on the other hand at both Snetterton and Silverstone we saw that you only need two, or three cars as it was at Silverstone, in the Modified class to make a motor race. Andy Robinson was a double winner at Silverstone in May and finished second at Oulton last year but it was Graham Seager who set the pace then and we would expect him to do so again in his refurbished supercharged GTV. However, Andy has settled down with the 156 now and although an overheating engine and a couple of electrical gremlins needed attention after its last outing, it could easily focus Graham’s attention. A big unknown, though, is going to be Andy Page with his well known and much raced 116 Giulietta Turbo. This car is a multiple championship class winner, starring back in the days when Tim Lewis, Graham Presley and Julian Birley were among those striving for success, but it hasn’t been seen since a one-off outing at Silverstone in 2013. Andy’s last appearance at Oulton was September 2010 when he finished 2nd to Neil Smith’s WTCC 156, narrowly beating Chris Snowdon’s 33 16v in the process. Looking at the lap times of the three Modified contenders, Graham Seager should start as favourite – but you never know! 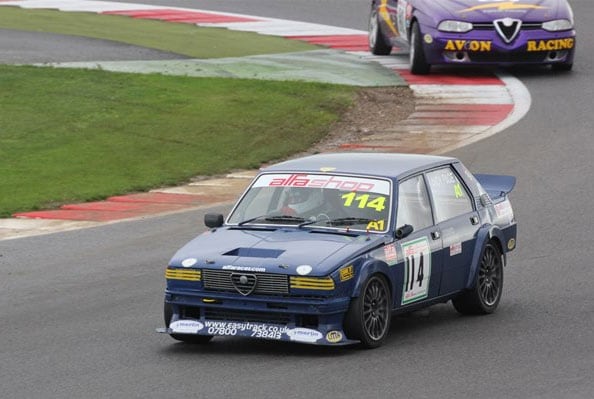 The Power Trophy has entries from Ray Foley and Ron Davidson. Ray took a 2nd overall at Zolder and could well have won race 2 but for an unfortunate misunderstanding between himself and Richard Ford who was having of an excellent outing in the Bianco renta’ 156, Ray ending in the gravel. Ron Davidson kept himself ahead of all the TSC cars at Silverstone to take two overall second places in the glorious sounding orange 164 but might find that a harder task at Oulton. However, he should be helped by the split and delayed start grid.

We are going to be in the pit garages this weekend and we look forward to seeing the usual groups of enthusiastic Alfa owners who come along to enjoy the racing. With qualifying and two races on one day, there should be plenty to watch even if, for some, it may be hard work!