The BRSCC Alfa Romeo Championship’s last visit to Mallory Park was in September 2011 when a small field contested a single 20 minute race won by Guy Hale’s 147 GTA. Sadly, despite running a double header and offering a £100 discount on the entry fee, numbers have so far not improved for this weekend.

Since 2011 there have been changes to the championship class structure but the equivalent class winners that year would have been Andy Robinson (Power Trophy) in his 155 and Emma Karwacki who took her 147 to victory in class E (now the Twin Spark Cup). Emma went on to take the overall championship title later that year, the second successive success for a female driver, following Mel Healey’s win in 2010. Since our last appearance at Mallory, there have been changes to the ownership and management structure of the circuit but Alfa drivers will be pleased to see that the basic elements of the track remain the same with the particular challenges of Gerards, the Esses and getting the hairpin right! 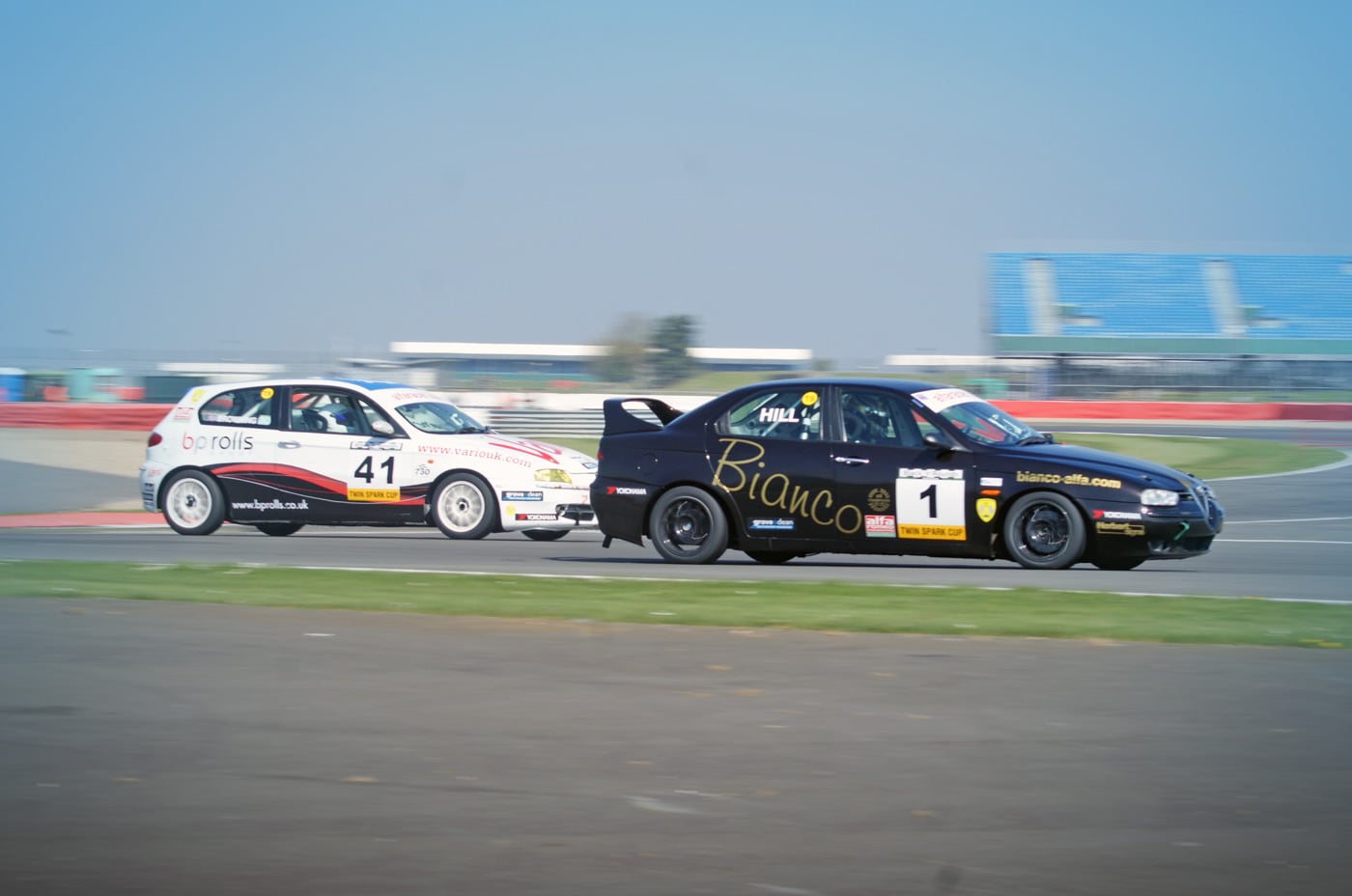 A look at the 2017 points table will show that it is competitors in the ultra competitive Yokohamas shod Twin Spark Cup who are fighting it out for the overall championship. Last year’s winner Tom Hill started the season intent on winning back-to-back titles but it has turned out to be more of a challenge than he might have expected. A retirement in the second race at Oulton and then brushes with authority at Silverstone and Rockingham resulting in dropped grid places have left him on the back foot at times. Nonetheless, he has still scored three strong wins and, after dropping his worst results, lies second behind one of this year’s star performers, Andrew Bourke. With five wins to his credit, Andrew enters the final four races of the year, two at Mallory and two at Donington in October, with a 26 point advantage over Tom. Still in contention, though, is the ever consistent Simon Cresswell. He is yet to earn a class win in 2017 but his last race at Brands Hatch in August was one of his best yet and he was only beaten by the outstanding James Browning. With a record of three wins from six races, there is no doubt that James would have been a championship contender had he not had to miss Oulton and Rockingham and he could well have a big influence on the points tally of the top 3 next weekend. Dave Messenger likes Mallory and should feature well, as should Mike Tydeman, Andy Inman, Roger Evans and Jeremy Chilton in the usual fraught midfield battle. 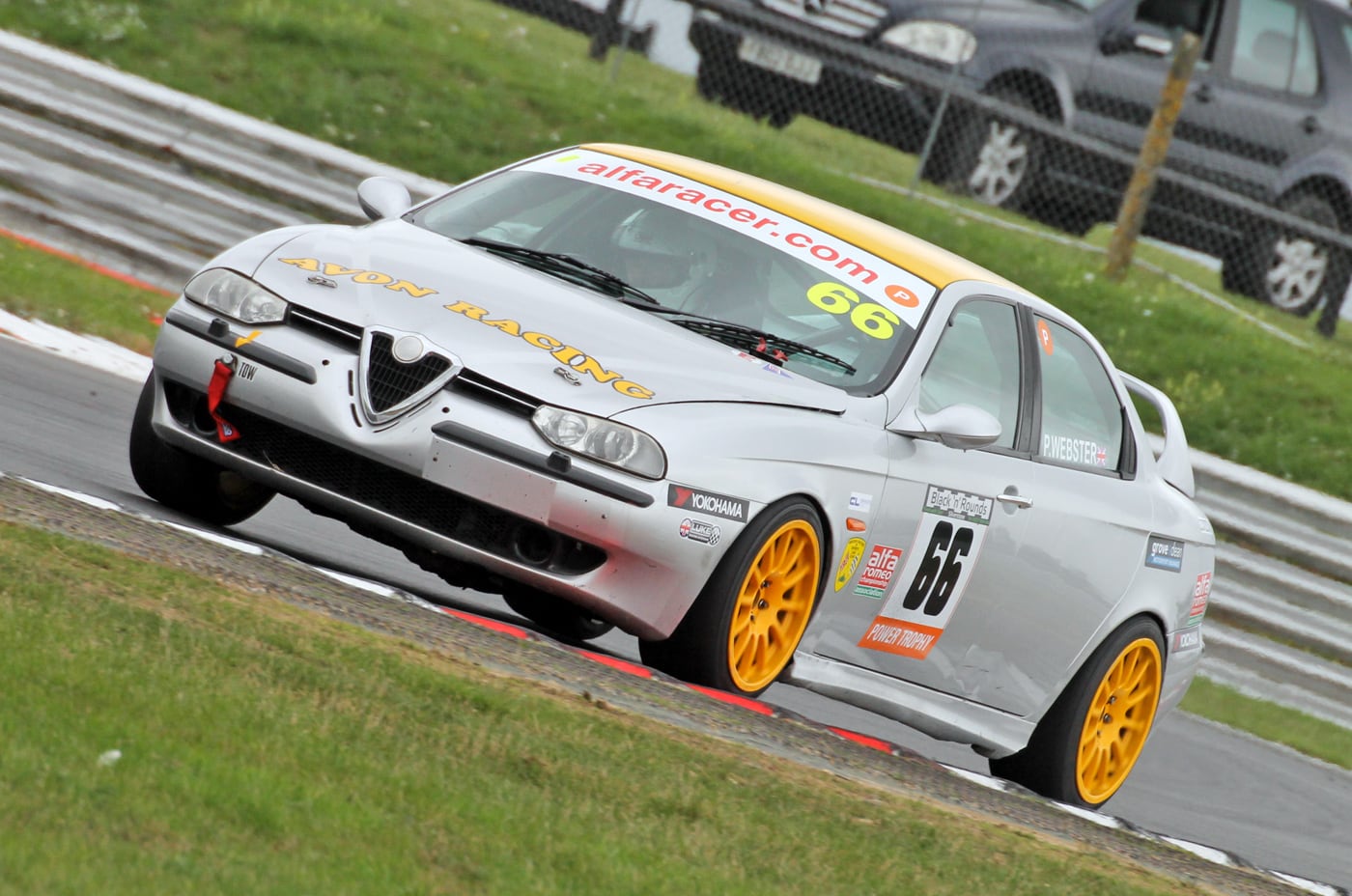 In the Power Trophy we had expected a lively contest between Paul Webster (156 GTA) and Ron Davidson (164), both using the 3.2 litre version of the V6 engine. Unfortunately, Ron has had to withdraw so Paul may be looking at a lonely race unless he can match the similar car that Alastair Kellett is racing in the Modified class. Ford Fiesta champion Alastair is using the 156 3.2 that Roger McMahon raced to a fortuitous win at Oulton at the beginning of the season. He is not unfamiliar with the Alfa Championship, though, as he has raced an invitation class Fiat Abarth Punto with us in the past, leading in the rain at Silverstone on a wet track in 2014.  Overall, Graham Seager was dominant last time out at Snetterton with his supercharged GTV but this time he will face Vincent Dubois’ 156 2.0 Turbo that took wins in both races at Brands a month ago, both drivers having to tame some 350 bhp around the tight Mallory layout.  With a qualification session and two races, it will be a very busy day but if you are in the paddock please come and say hello.

PS: Also on the programme are Historic Racing Drivers Club races for a wide selection of cars from the 50s and 60s – Austin A35s and A40s, Riley 1.5s, Volvos, Jaguars, Mustangs, Hillman Imps and more – all great to watch.