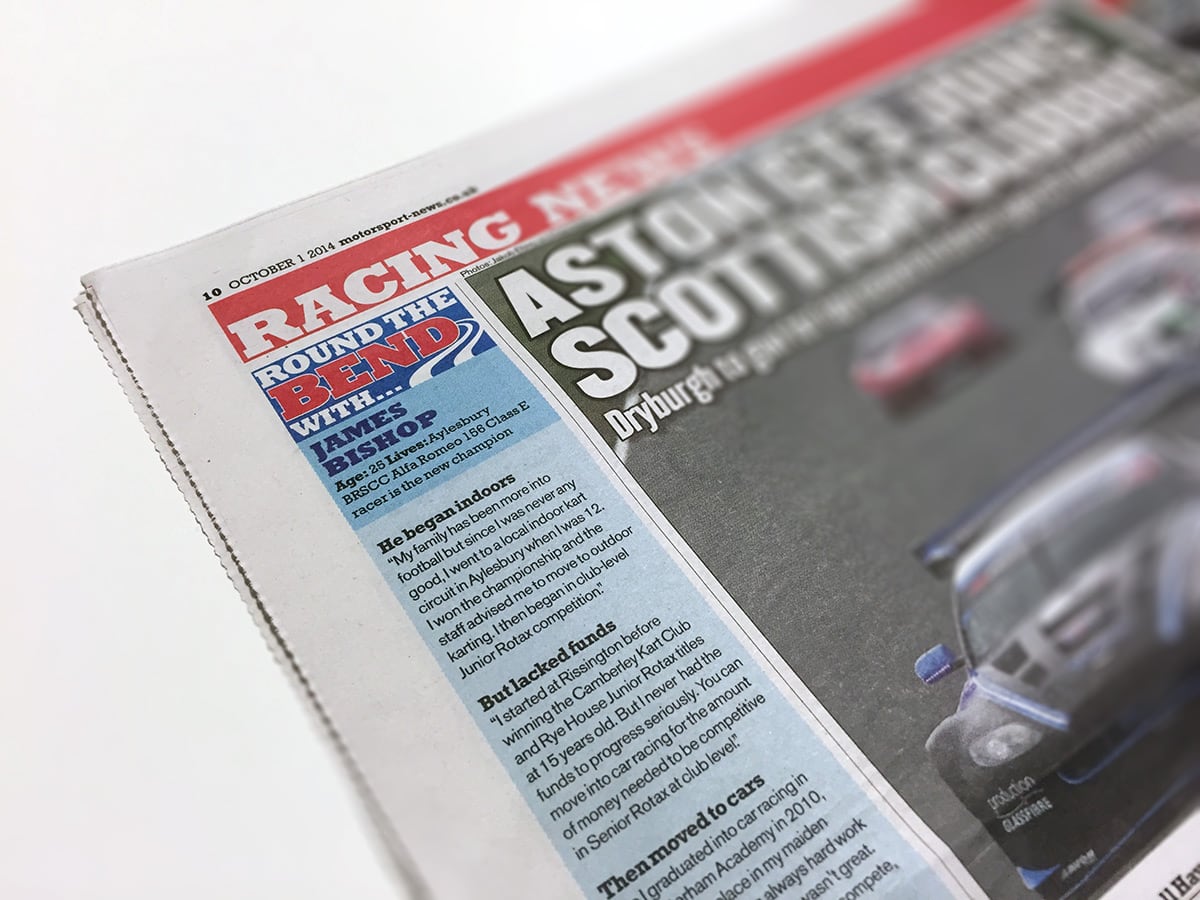 “My family has been more into football but since I was never any good, I went to a local indoor kart circuit in Aylesbury when I was 12. I won the championship and the staff advised me to move to outdoor karting. I then began in club-level Junior Rotax competition.”

“I started at Rissington before winning the Camberley Kart Club and Rye House Junior Rotax titles at 15 years old. But, I never had the funds to progress seriously. You can move into car racing for the amount of money needed to be competitive in Senior Rotax at club level.”

Then moved to cars

“So I graduated into car racing in the Caterham Academy in 2010 taking sixth place in my maiden year. Karting was always hard work and the atmosphere wasn’t great. It felt more like a chore to compete, but it was immediately very different when I stepped into the car racing paddocks.”

Each race was a proper battle with James Ford

“Although the Caterham series are start-up championships, they’re still quite expensive and so 2011 was about recovering my Dad’s budget to go again. We did that a year later in the BRSCC Alfa Romeo Championship. I raced with the college-based Lunar Racing outfit. Both the team and I were new and we lacked experience”

He saw a title shot

“Last season I moved into the Bianco squad. It has won Alfa championships before and if you want to win a title, it’s the team to be with. My aim pre-season was to be competitive and take class wins. But halfway through the season at Cadwell Park, my main rival James Ford had a disaster and I knew I had to take advantage.”

“Each race was a proper battle with James, from the opener at Silverstone to the final skirmish. We were usually first and second in class. It was door-to-door stuff and exciting to drive.”

“It was surreal taking the title. I really didn’t expect it. But the credit has to go to my Dad, Martin. Without his backing and draining his account each season, I wouldn’t have been able to take the crown.” 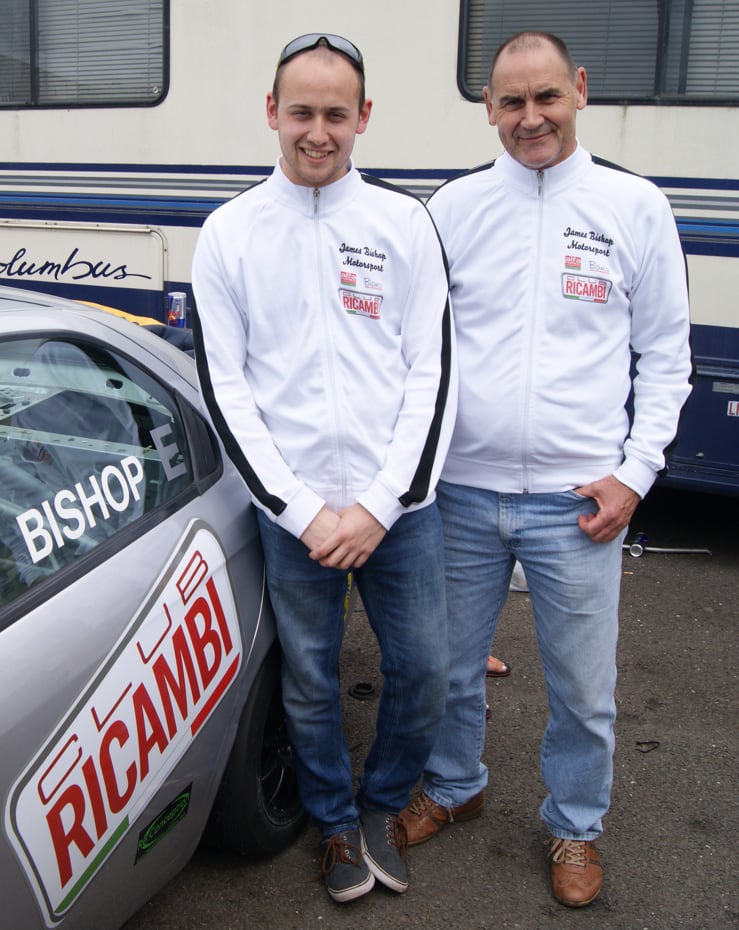