Alfa back in Formula 1 with Sauber

Over the past year or so the Formula 1 rumour mill has often suggested that the Alfa Romeo name would return to Grand Prix racing as part of Fiat’s drive to re-position the brand. 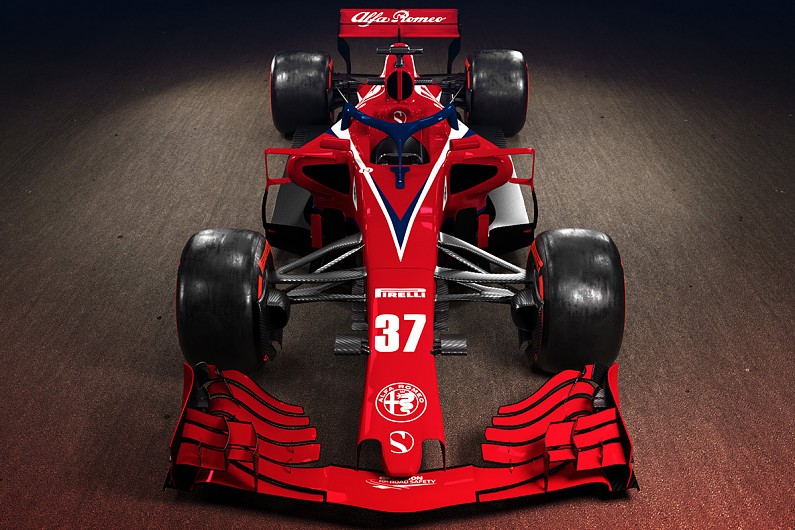 Fiat boss Sergio Marchionne also made it clear that he would also like to use it as an opportunity to give drivers in the Ferrari Drivers Academy, Charles Leclerc and Antonio Giovanazzi in particular, a chance to prove themselves. A full factory effort was never thought possible, certainly not in the short term, rather a link with an existing F1 team. The Sauber name came up most frequently. With Fred Vasseur moving across from Renault to replace Monisha Kaltenborn as team principal, and Ferrari engines contracted for 2018 instead of Honda, we had some clear signs that a link with Alfa was possible. However, there were denials aplenty as the “circus” packed up after the Abu Dhabi GP only for an announcement to follow during the two day Pirelli test that followed. Ferrari engines provided to Sauber would be re-branded as Alfa Romeo and the team would be known as “Alfa Romeo Sauber F1”. 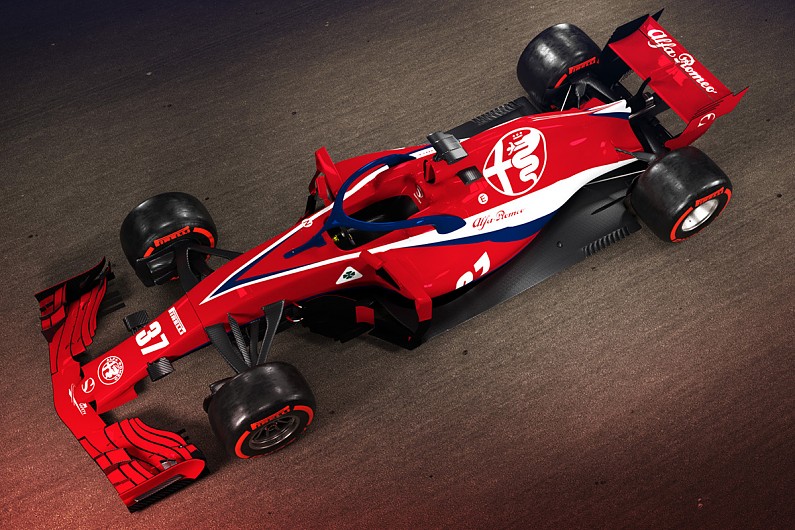 No driver announcements were made but Leclerc seems certain while the choice of his team mate seems to lie between Giovanazzi and current Sauber driver Marcus Ericsson. Invevitably there were press statements from both Marchionne and Pascal Picci chairman of Sauber regarding the multi-year deal and these can be read in full on other websites.

Guiseppe Farina and Luigi Fagioli finished one-two in the first ever World Championship race at Silverstone in 1950. Reg Parnell (not pictured) made it a one-two-three, while Farina would go on to win that year’s inaugural world title. © LAT Photographic

Alfa Romeo competed as a factory team in the World Championship in 1950 and 1951, Farina and then Fangio winning the title in those two years. Alfa next reappeared as an engine supplier to Brabham, with both flat 12 and V12 engines, meeting some success before they switched to the ubiquitous Ford V8. Carlo Chiti and Autodelta had always wanted to bring Alfa back as a full factory team and succeeded in doing so in 1979 when Bruno Giacomelli gave the Tipo 177 its debut at the Belgian GP, run that year at Zolder.

Thereafter with Marlboro support, between 1980 and 1983 Alfa competed full time with such drivers as Giacomelli, Mario Andretti and Andrea de Cesaris but that elusive victory never came. The nearest was at Watkins Glen in the 1981 US GP when Giacomelli led before engine trouble forced him out. For 1984/1985 a change of title sponsor saw the cars run under the Benetton name and painted an attractive green and red with Paulo Pavanello’s Euroracing running the team. Riccardo Patrese and Eddie Cheever were the drivers, but fortunes did not change and at the end of 1985 Alfa withdrew. This is did not mean that the engine disappeared as Osella used it during 1986.

A plan had also been hatched for Ligier to use a brand new 4 cylinder Alfa turbo for the 1987 season but Rene Arnoux described in highly derogatory terms when he tested it and Fiat, who had now taken over Alfa, took the first opportunity to cancel the contract. So, now we come full circle – except that the engine to be used by Sauber is really still a Ferrari. Maybe, at a later date – perhaps under the new 2021 regulations – Alfa will build their own engine but somehow the inevitable cost looks stacked against it and we will have to be content with pretending it is the real thing!

I’ve just got back from a freezing cold Brands Hatch – 3 degrees air temp/10 degrees track temp. Most of the spectators appear to be caught in the problems both ways on the M25 so I was thankful I could cut across country to my local track. 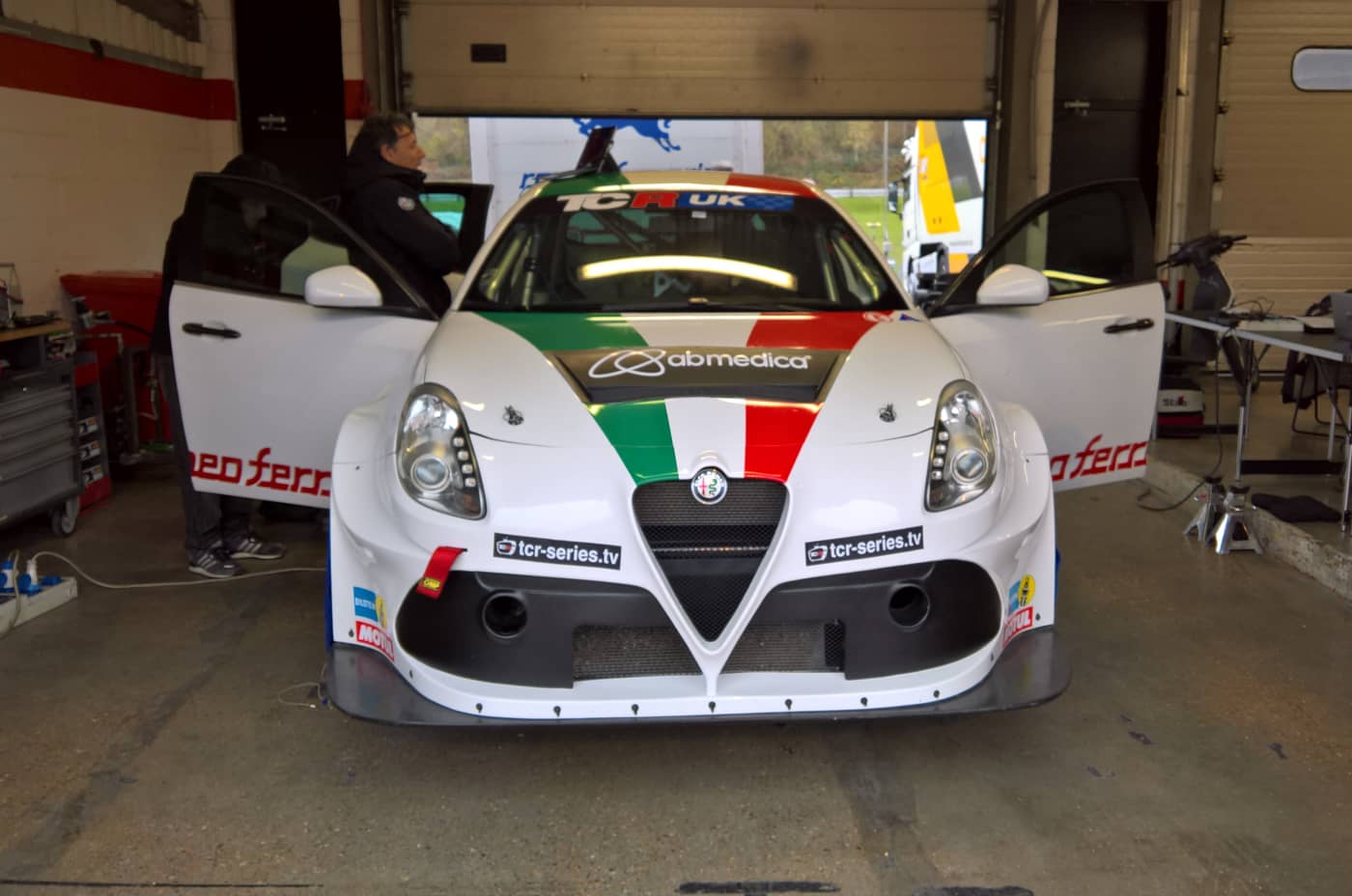 There were cars from Audi, SEAT, VW, Honda and Hyundai as well as Alfa Romeo. The Alfas (from the Romeo Ferraris team) had come up from Italy, most of the other cars built and travelling from Spain. There remains a great deal to be done before the Series runs to its full potential – only a couple of British teams are committed to running cars at the moment (Motorbase with VW and Pyro with Honda although Team HARD, RAW Motorsport, Sean Walkinshaw Racing and other prominent teams were in attendance. In addition there is currently no live TV planned and tyre suppliers (most teams were running on Michelins) and budgets have still to be finalised. 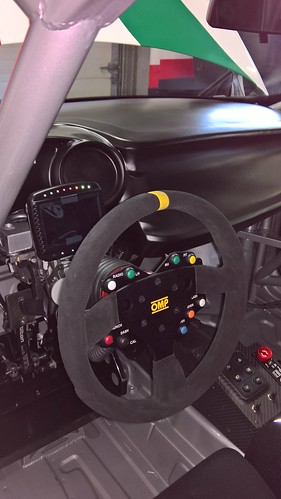 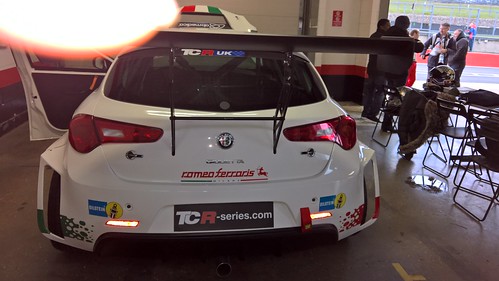 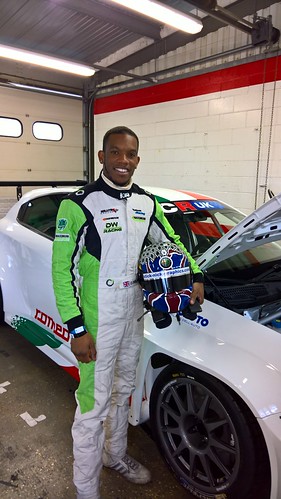 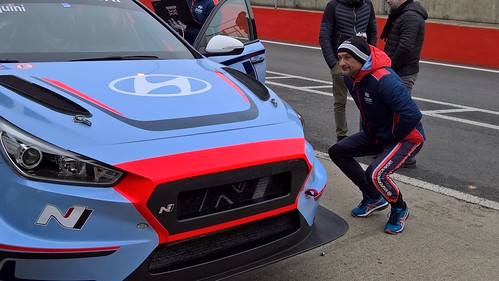 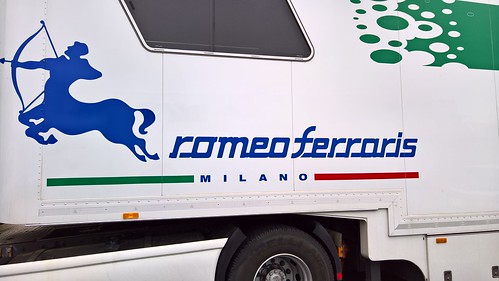 The Alfa Romeo Giuliettas were set up in Monza spec, where they have been testing, and talking to the drivers, they are set up very stiff (for hot/dry weather) and not ideal for Brands at the end of November! Talking of drivers, at the test today Tom Boardman (several years of Tin Top experience at BTCC level) and our old friend Darelle Wilson were sharing driving duties. I spoke to Darelle briefly and he is actively looking for a budget to run in the Alfa – he still has the badge on his helmet and confirmed he was a committed Alfa fan still! Also Mr Tarquini was in attendance but he has jumped ship to be a works Hyundai driver now after a spell with Honda. 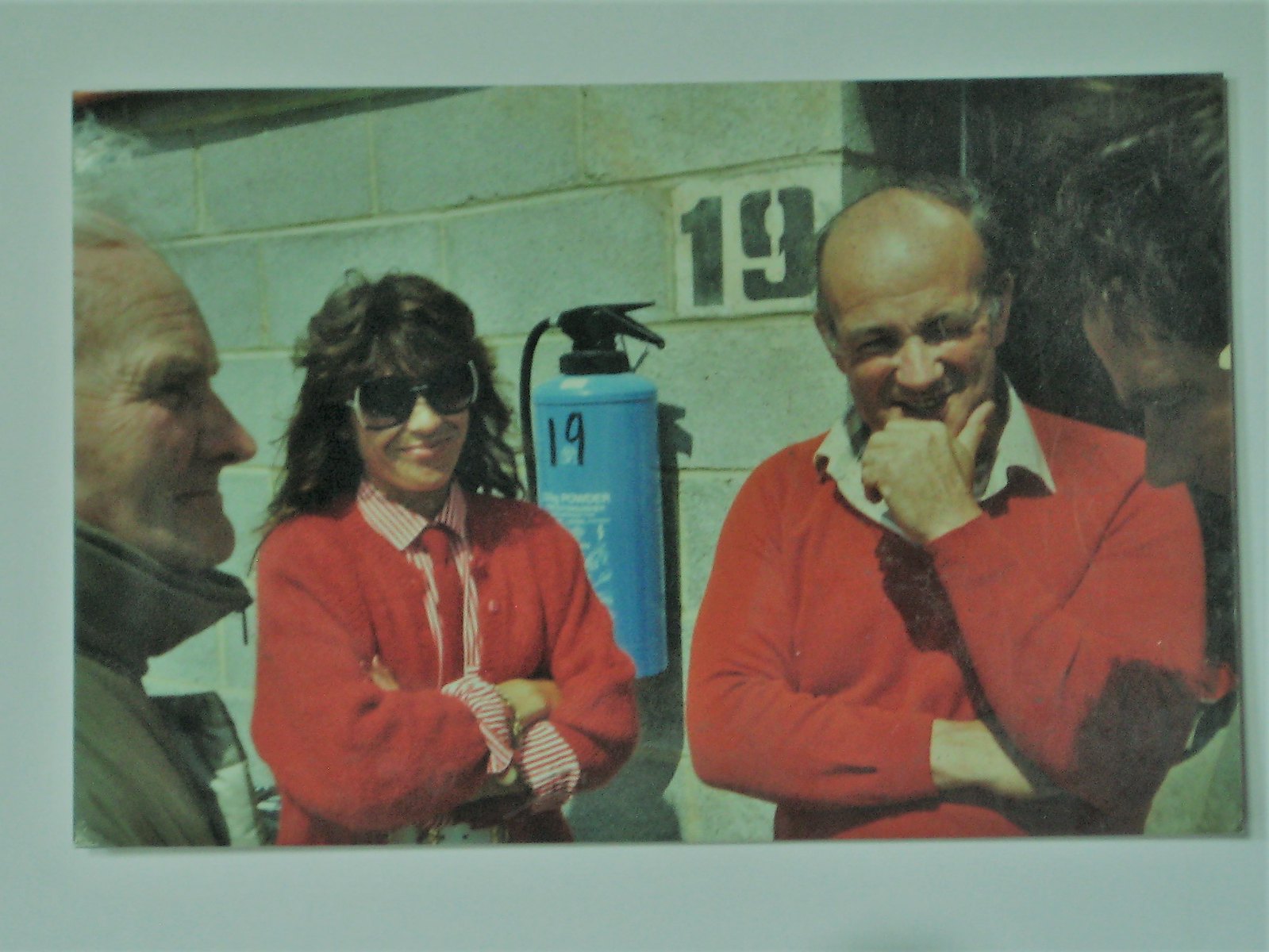 We were very sad to hear the other day about the death of Terry Drury. Those who remember the days of the GTV6 in the British Saloon Car Championship look back fondly on the battles between the red Terry Drury Racing cars of Phil Dowsett and Paul Smith and the black Napolina and white Salmon Can and John West cars of Alfa Romeo Dealer Team driven by Jon Dooley and Rob Kirby. Before getting involved with Alfa, Terry had a wealth of experience with Ford, including Lotus Cortinas and GT40s, plus the famous Transit Supervan fitted with a modified 5 litre V8 engine. When Peter Nicholls and Ric Lee moved from Ford to take over the helm at Alfa GB they thought they could do better than the Dealer Team by bringing along Terry Drury with them to run a two car team. This also brought along some strong competition in the 2500cc class but also took over the manufacturer budget, leaving the Dealer Team to continue raising its own funds. Happily in both 1984 and 1985 it was a Dealer Team GTV6 that won the class! Having said that, there was always healthy competition between the two outfits which even extended to the loan of an engine for the final meeting in at Silverstone in 1984. After many years away from racing, Terry had recently come back to support his sons Steven and Jack with a race winning Ford Falcon. We send them, and the rest of the family, our condolences. 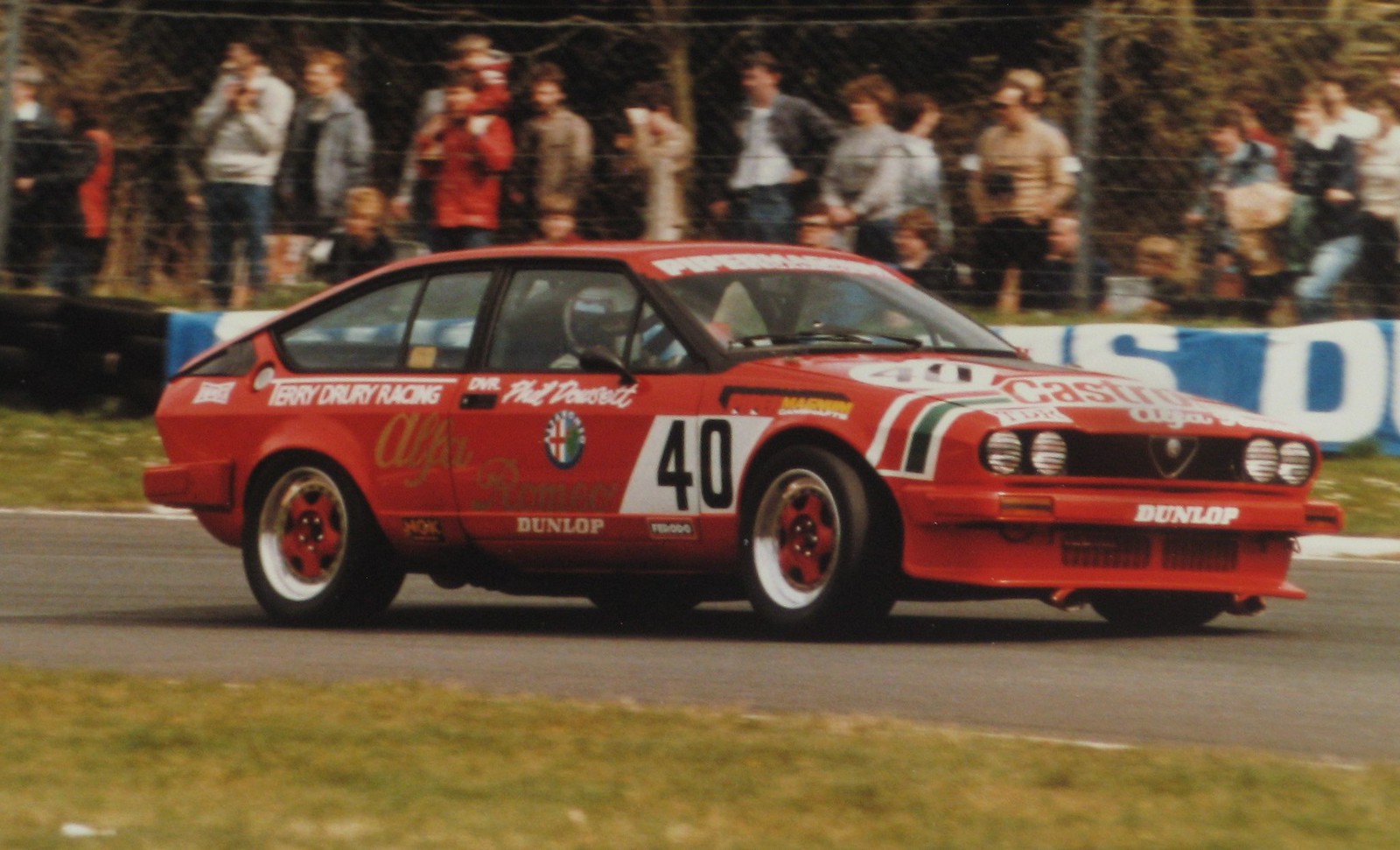