Neil had a mixed weekend at Thruxton in the HSCC Super Touring Championship. Race 1 resulted in a DNF after a wheel problem but in race 2 he finished 4th overall after starting from the back of the grid. Take a look at the video from race 2. 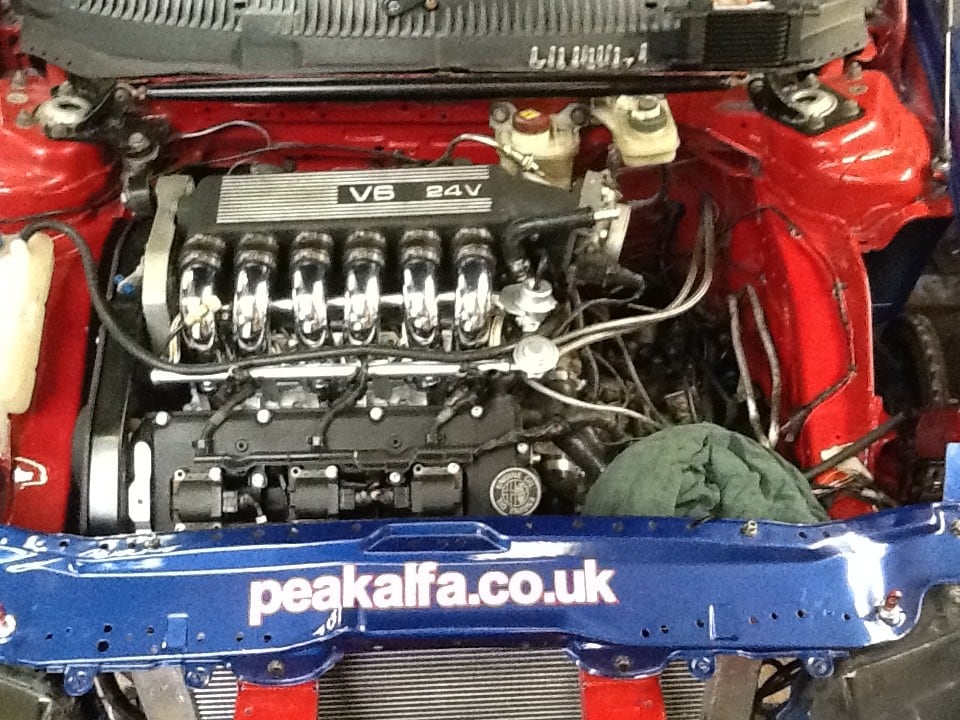 For those who like a racing game, Project Cars is starting to look like a promising one. It’s been in development for a while now and looks to include masses of cars and a few of UK based circuits. Not sure if there are any Alfas yet but  it’s definitely worth a look…

An interesting find this week. Do you check the weather regularly leading up to races? If so then this app is for you. It allows you to set your favourite locations, Donington for example and shows the weather in that location accompanied by beautiful F1 photography matching the current conditions.

Looking for a car? A nice Alfasud Sprint prepared by Dave Ashford & Brunswick Racing has appeared on eBay.

A provisional timetable for Donington has been published. We’re looking at a Saturday afternoon Qualifying with two races on the Sunday which have been organised to fit in with the endurance series. Please keep an eye on the event page for all the relevant info leading up to the Donington.

Some ideas for improving Alfaracer have been discussed this week such as making the driver profiles more detailed. We plan to setup a form for drivers to fill in their own info, racing history and a bit about themselves, similar to before. Thanks to Tom Herbert & Stacey Dennis for their input. More soon…