First off, apologies for the lack of articles recently. It’s been a pretty hectic couple of months and I just haven’t had the time unfortunately. I have however, recruited the help of Michael Lindsay who has provided some great content below.

The entry for Donington is one of our best of the year with 31 cars entered so far. The latest being Ray Foley who will race Roger Evans’ 147 GTA in the Power Trophy. This means that Roger has withdrawn his entry and will now concentrate on his 2016 project although he will be testing with Andy Robinson on Tuesday to sort out the new brakes.

The BRSCC announced this week that our final rounds at Donington on 17th/18th October will be broadcast live on their Youtube channel. Two feeds will be running, one for the morning and one for the afternoon, both of which will be embedded on our ‘Live’ page on the day so if you can’t make it to Donington, be sure to tune in.

The final rounds at Donington will be the title decider with Graham Seager and reigning Champ James Bishop battling it out, albeit from different Classes.

If James has a perfect 44pt weekend, Graham would need 36pts to be safe and win the title. This could be achieved by actually scoring 36 across both races or 22 in one race and a DNF in the second as Graham has 14 dropped points that could come back into play. For a detailed round-by-round view of the Championship table, please click here.

Tom Hill still has a mathematical chance of pinching the Twin Spark Cup from James if he has a good weekend. A full 44pts would take Tom to 190. James would need to score just 4pts to be safe.

Along with the round-by-round table, we have been building a table with formulas that work out totals and dropped scores which we will bring to the circuit. The points will be done immediately after each race assuming I haven’t binned the 145 in the gravel! 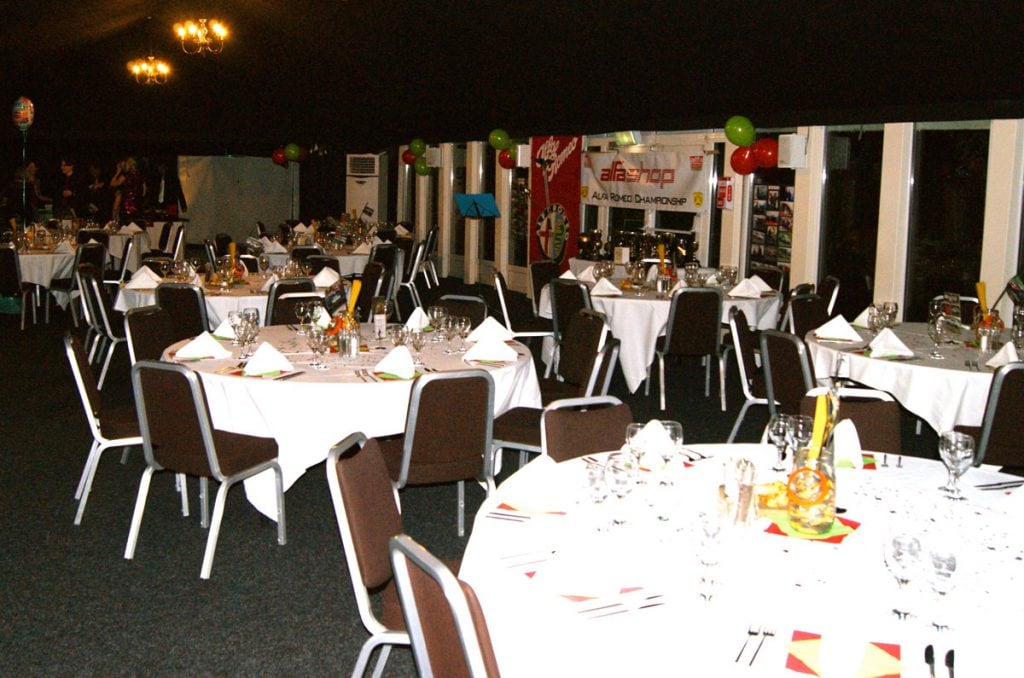 This years awards evening will take place at Hunton Park on 14th November.

As always, a raffle will be held and any prizes that can be donated will be greatly appreciated. Contact Ian Brookfield for more details.

Please note: There is another function on at Hunton Park on 14th and so the rooms are going fast! Please book asap.

Any time now the BRSCC will be sending us a first draft of the 2016 Championship regulations. At this stage it is only the MSA changes that will be shown but it will remind us that we need to put forward any changes, additions, deletions or clarifications that we wish to make in the Sporting and Technical Regulations sections as soon as possible. Competitors (including preparers) are therefore asked to send in any ideas for the Panel to consider. At the same time, any views on the circuits that we wish to visit, including those missing from our calendar for the past few seasons such as Castle Combe, would be appreciated. Everything should be sent by e-mail to [email protected] 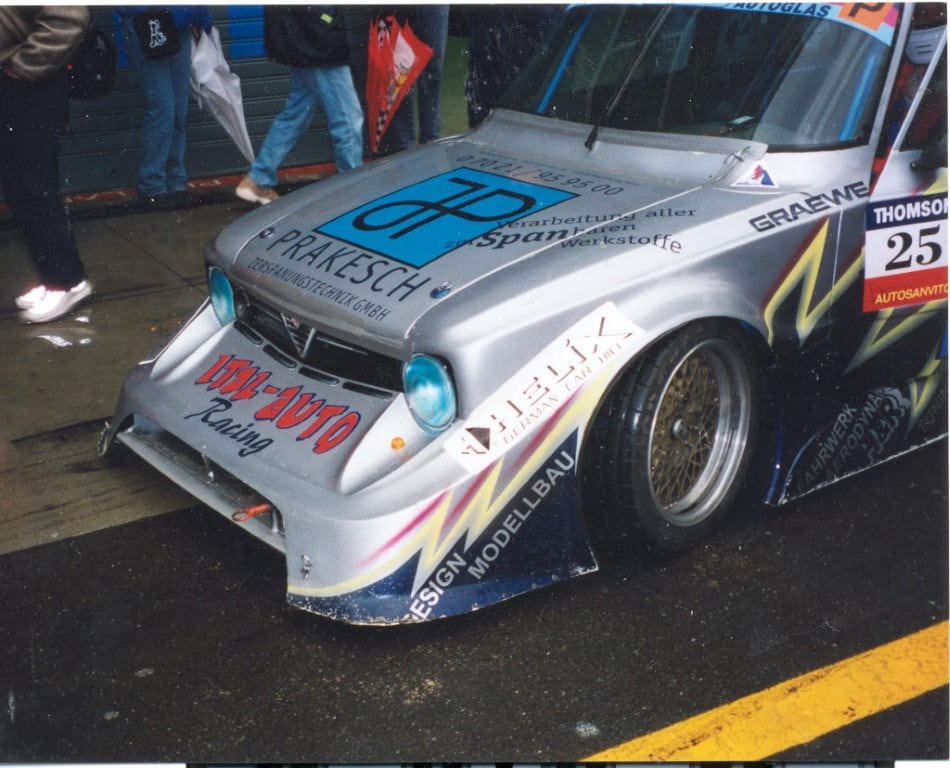 Why do we need regulations? Here is a classic example of how things can get out of hand! Extended front bodywork seen on a Giulia saloon at Monza in 2000. (Photo: Michael Lindsay).

After a discussion with Simon Griffiths, we have decided that this year the coveted Kevin Griffiths Trophy will be awarded to the winner of the Twin Spark Cup in the final race of the season at Donington on Sunday, October 18. This is in recognition of the class’s current place in the Championship and in the knowledge that it should produce a hard fought battle to win the Trophy. 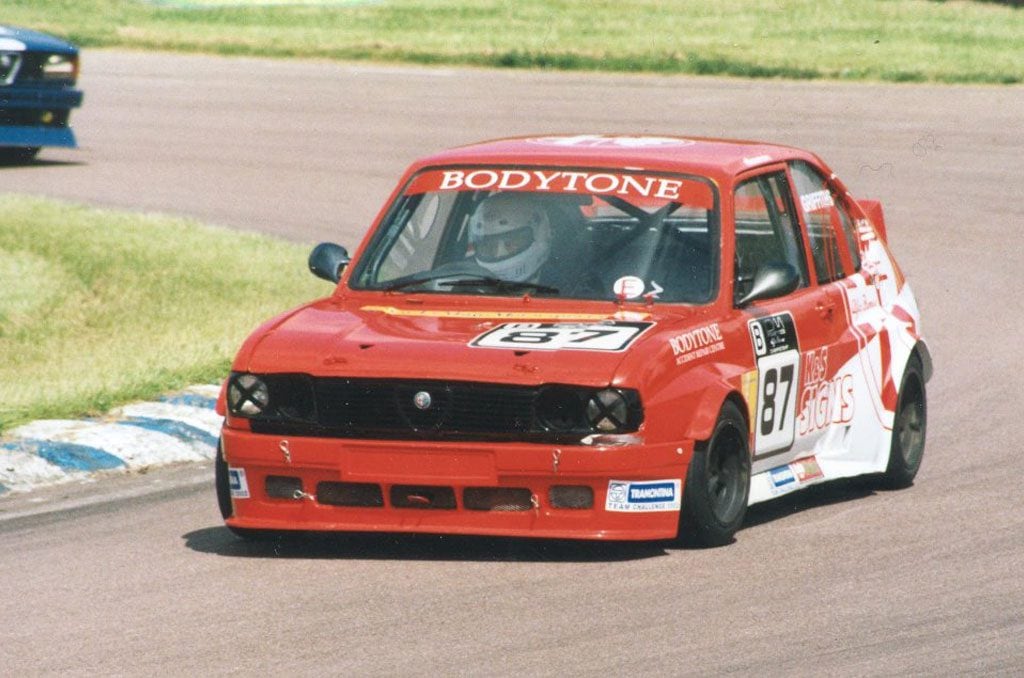 Kevin at Brands Hatch in April 2002 with his Alfasud Ti.

We are sure that many of our present competitors don’t really know why we have this Trophy. It is in memory of a very popular and talented racer who sadly lost his life in a dreadful accident at Mallory Park on June 30th 2002 when his modified Alfasud Ti hit the barrier before the Esses head on after contact with another competitor. Kevin had started racing with us in 1986 but only on an occasional basis. However, in 2001 he finished 2nd in class in the “Auto Italia” series, having bought the Sud the year before, and in April 2002 had his best ever Alfa Championship result at Brands Hatch, leading the class A to E race for 5 laps before being passed by Julian Birley’s 75 but still finishing a “delighted” second. He would chase Julian Birley home again at Lydden putting himself in a strong championship position before the fateful meeting at Mallory. However, his results to that point were enough for a posthumous championship win in the then Class B.

It was decided, in conjunction with a fully supportive Griffiths family, that we would award Trophy in memory of Kevin at a shared drive (2 x 30 minute) mini-endurance race at Brands Hatch at the end of the 2002 season. Both Kevin and Simon had been enthusiastic competitors in a similar event the previous year, running after the first thirty minutes. The first winners of the trophy were Julian Birley and Ian Flux in Julian’s 75 who led home Tony Soper’s 164 that he shared with Chris Snowdon. Thereafter, it has been awarded annually to the winner of a modified race, moving around a number of circuits.

The Italian motoring press have been giving details of the Fiat Powertrain Technologies production facility that will be used for the new range of Alfa Romeo engines. These fall into two main categories, Ferrari derived V6 and a brand new 4 cylinder turbo. Over the next three years, it is envisaged that 200,000 engines will leave the Termoli plant (situated on the Adriatic coast between Pescara and Foggia) although the precise split has not been revealed. It looks as though it will be the Geneva Show in March when the full Giulia range will make its first appearance but it will probably be later in 2016 that the first right hand drive cars go on sale in the UK. If you google into “Fiat Powertrain” and then “images” you get a fascinating look at the number of projects that FPT are or have been involved in over the years.

A new under bonnet vision that we shall be looking for.

Where are they now?

You could write a book about cars that have competed in the Alfa Championship and then disappeared. Many of them are probably covered in tarpaulins at the back of someone’s garage but a suggestion by Richard Stevens that he might consider running a 156 Sportwagon in 2016, instead of his 145, brought to mind the only other one that we have seen in the championship. This was the diesel version raced by Bryn Griffiths (no relation to Kevin and Simon) to third place in Class F in 2003, with three race wins to its credit. The car was then loaned to Steve King in 2004 before making its final appearance three years later with Bryn at the wheel in races at Silverstone and Snetterton. It was always be remembered for amount of exhaust smoke it produced, much the same as used to be the case Darrell Wilson’s diesel GT. We await a call from Bryn Griffiths to let us know if the car still exists! 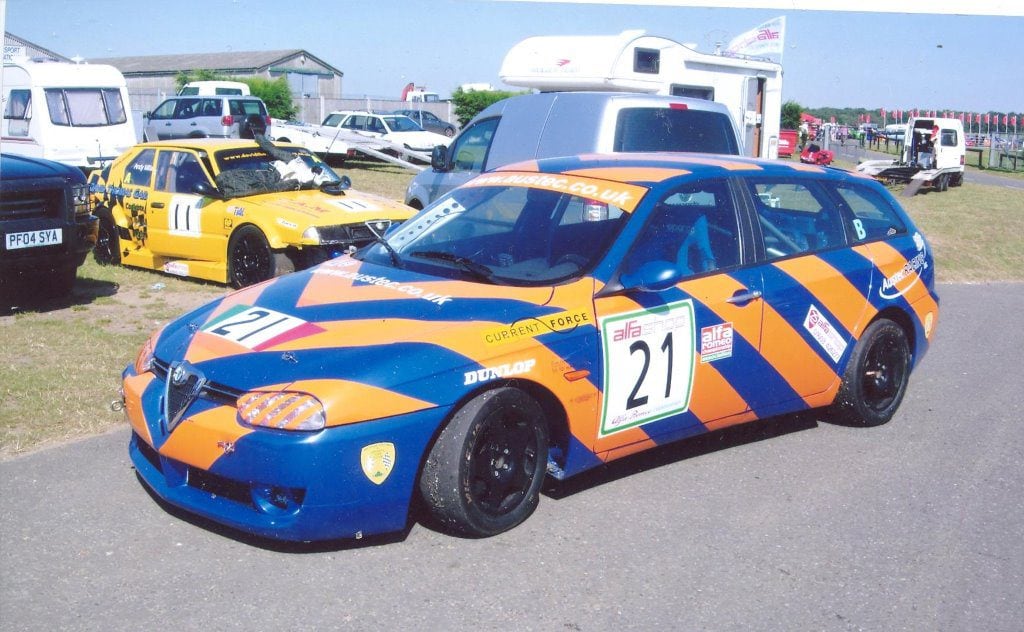