A draft copy of the regulations were released this week. They detail the new class structure amongst other changes for this season. Any queries can be sent to [email protected].

More welcome registrations in the Twin Spark Cup this week include Andrew Bourke in his GTV and Steve Potts in his 156. You can register for the 2015 Championship here. It only take a couple of minutes and you can pay easily and securely using PayPal. 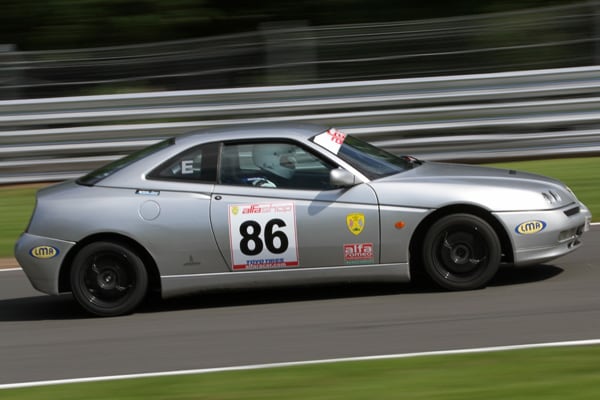 We all know the Aussies love a V8. Take a look at Tony Edmondson’s V8 Alfetta GTV competing in the 1981 Australian Sports Sedan Championship. It’s an absolute beast!

McLaren launched their 2015 challenger yesterday following the return of Honda engines to the team. Unfortunately it looks like they put a Honda sticker and some red paint on last years car. Lets hope it goes better than it looks.

Ferrari have also gone for the familiar look but this years livery includes one very interesting badge. See if you can spot it below. Thanks to Michael Lindsay for pointing it out. Also check out this microsite to accompany the launch.

Other launches this week include the 2015 Sauber and a sneak peek of the new Merc testing.

I found some nice photos from the 24 Hours of Daytona last weekend. There are loads more here plus a few from the Heritage Exhibition.

Alfas in the Movies

I’ve been thinking of putting together a Friday Fix featuring a collection of Alfas on the big screen. One of the latest films on the list is The Gunman, released this year with a star studded cast including Sean Penn, Javier Bardem, Idris Elba and what I think is a Giulietta at about 1:33 in the video below.

Have you spotted an Alfa in a movie? Let me know and I’ll include it in the Movie article.