Last weekend saw the inaugural running of the Race of Remembrance, consisting of an 8 hour endurance race organised by Mission Motorsport, the Forces Motorsport Charity. Taking part was our very own Class E driver, Luther Blissett and below is an update from Team48 Manager, Lauren Fox.

Team 48 – entered the race by invitation and to represent the Alfas on this historic day. After Luther’s car was written off at Silverstone an appeal went out via social media as everyone pitched in to try and find vehicles, even drivers and sponsors to help with this important endurance race. When Mission Motorsport started tweeting about the dilemma, Mazda championship driver Simon Woods came forward and immediately offered his car for use. Sadly the Alfa series was unable to help, as the final races had taken their toll on many cars. Until literally the 11th hour when the Diesel GT was donated as one of the team cars. 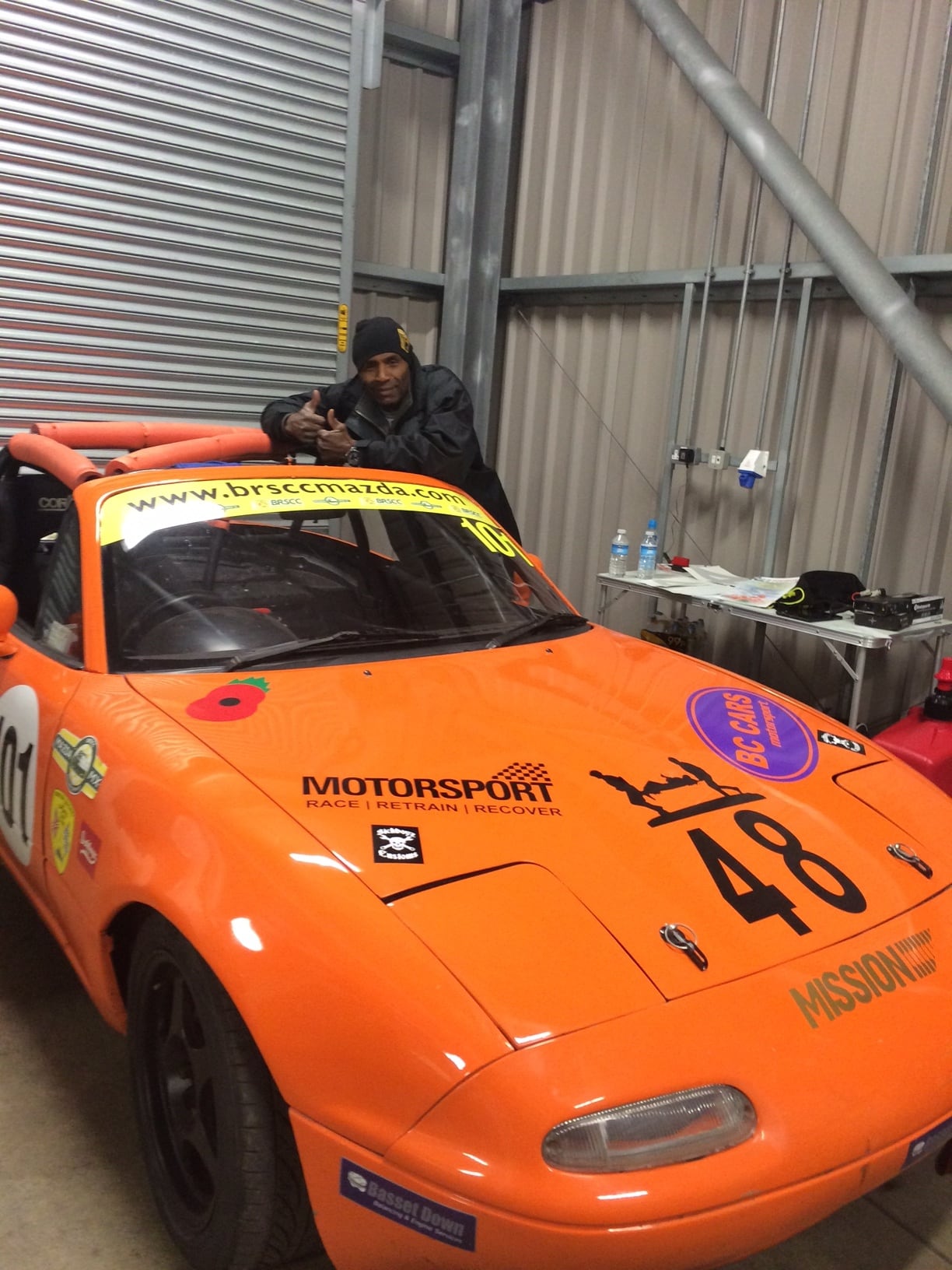 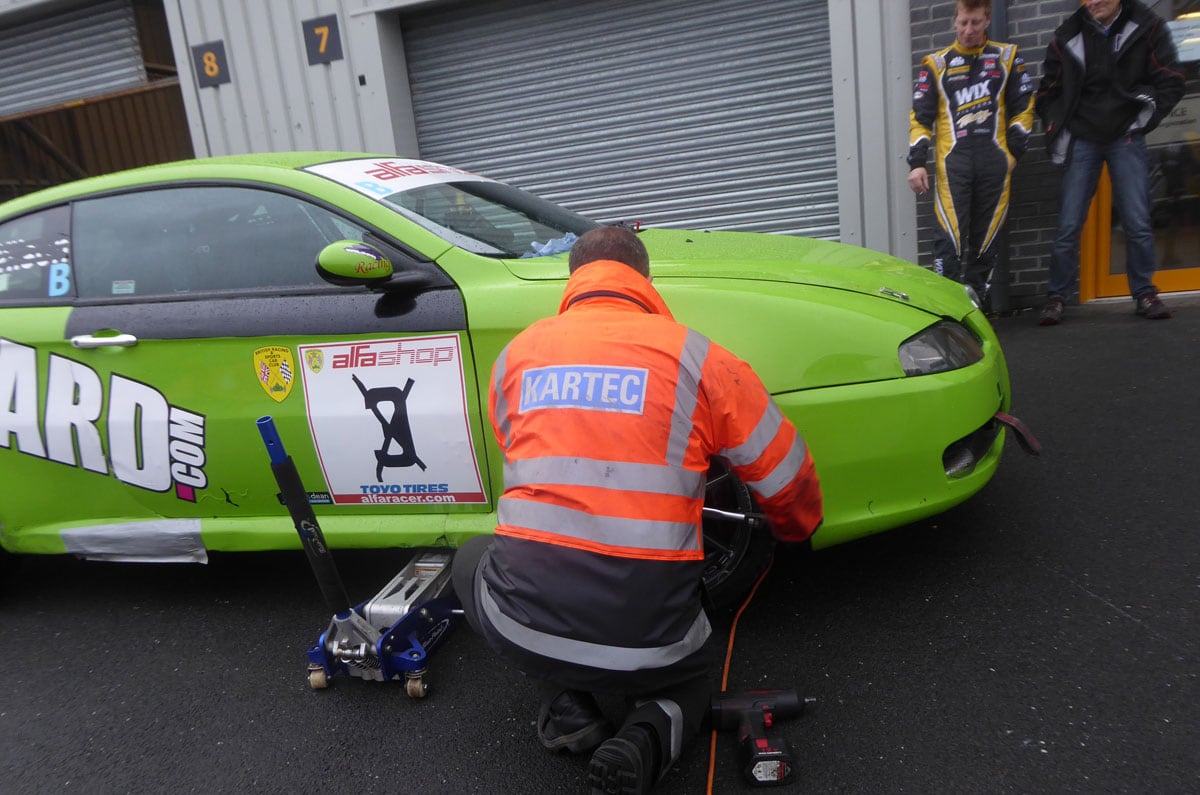 The race was on before the event. As Team48 tried to find a way of picking up an MX5 from Surrey and an Alfa from Birmingham – step forward Kartec and GT who donated trailers and drivers for this mission to make it to the grid. The drama continued as Team48 discovered that the tech team for the Diesel could not attend last minute. And BTCC star Rob Austin was also forced to withdraw from the team. As qualifiers started on Saturday morning, things took a turn for the better. The kindness of competitors resulted in Team48 garage sharing with a winning MG and a Formula 1 Lotus taking part in a demo run on Saturday. 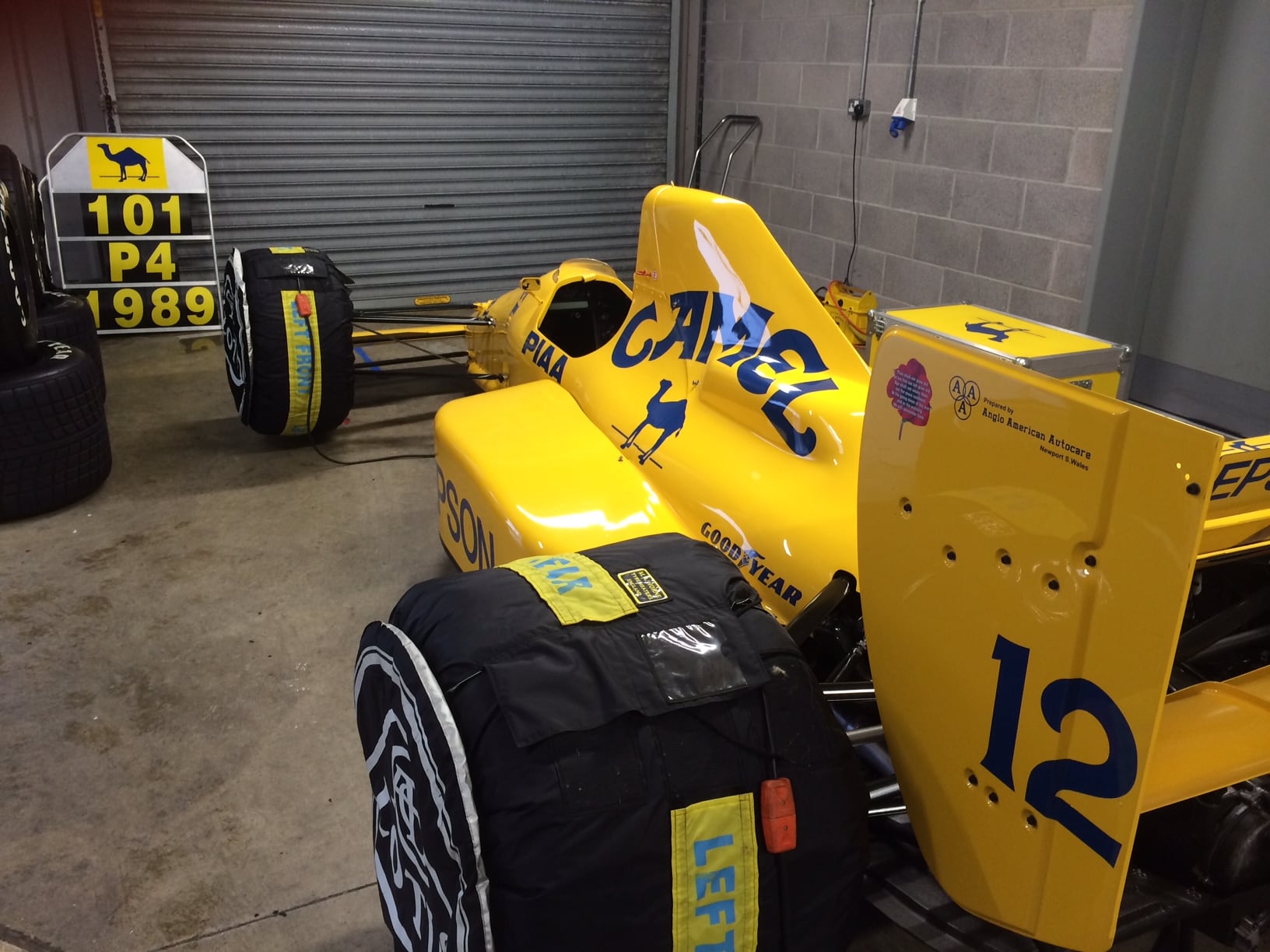 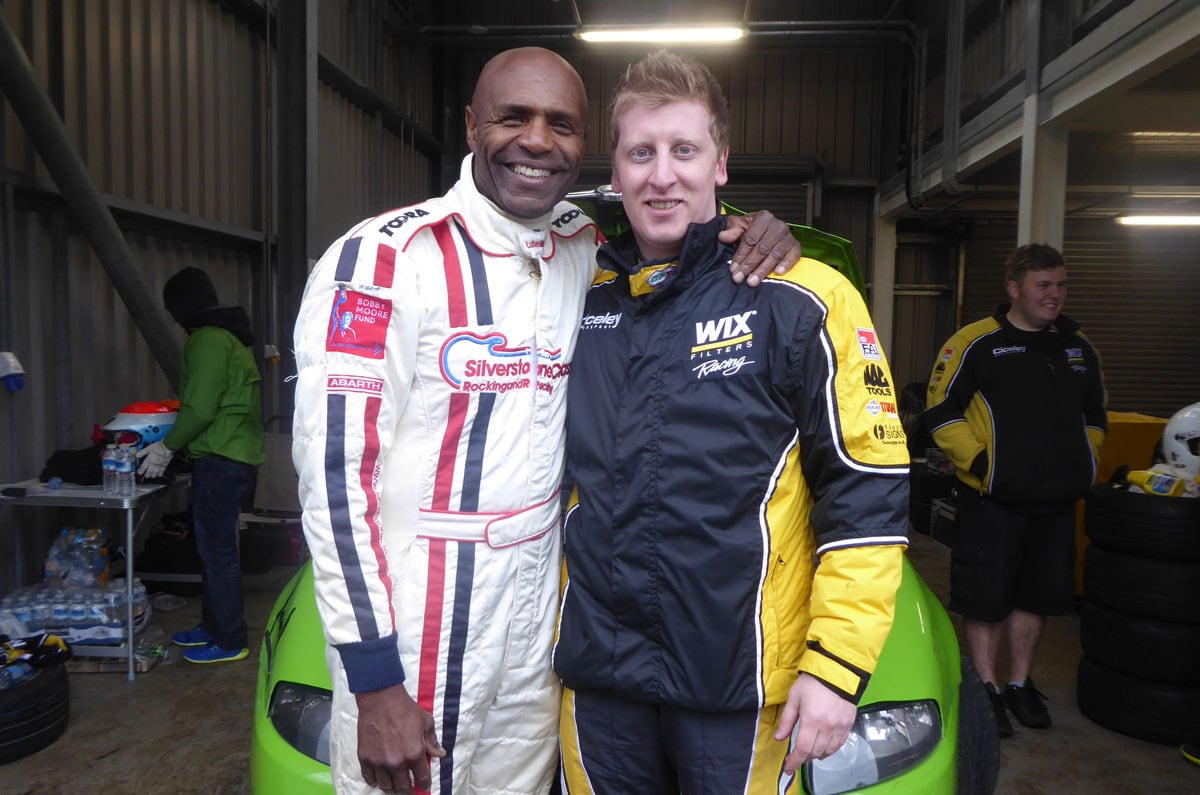 Enter Adam Morgan as Luther’s co driver complete with his entire Wix support team. Yes….2 drivers…2 cars..8 hours! Adam Morgan took to the track first in the Alfa and set a blistering challenge over 2 hours, stopping for the highly moving and memorable Remembrance service in the Pitlane. Putting Team48 into 2nd place overall and at the top of the invitation ranking. The position was maintained by Luther, driving the unknown MX5 for the next 2 hours, until Simon Woods who had driven through the night to support the event, was permitted to take a stint in his Mazda. 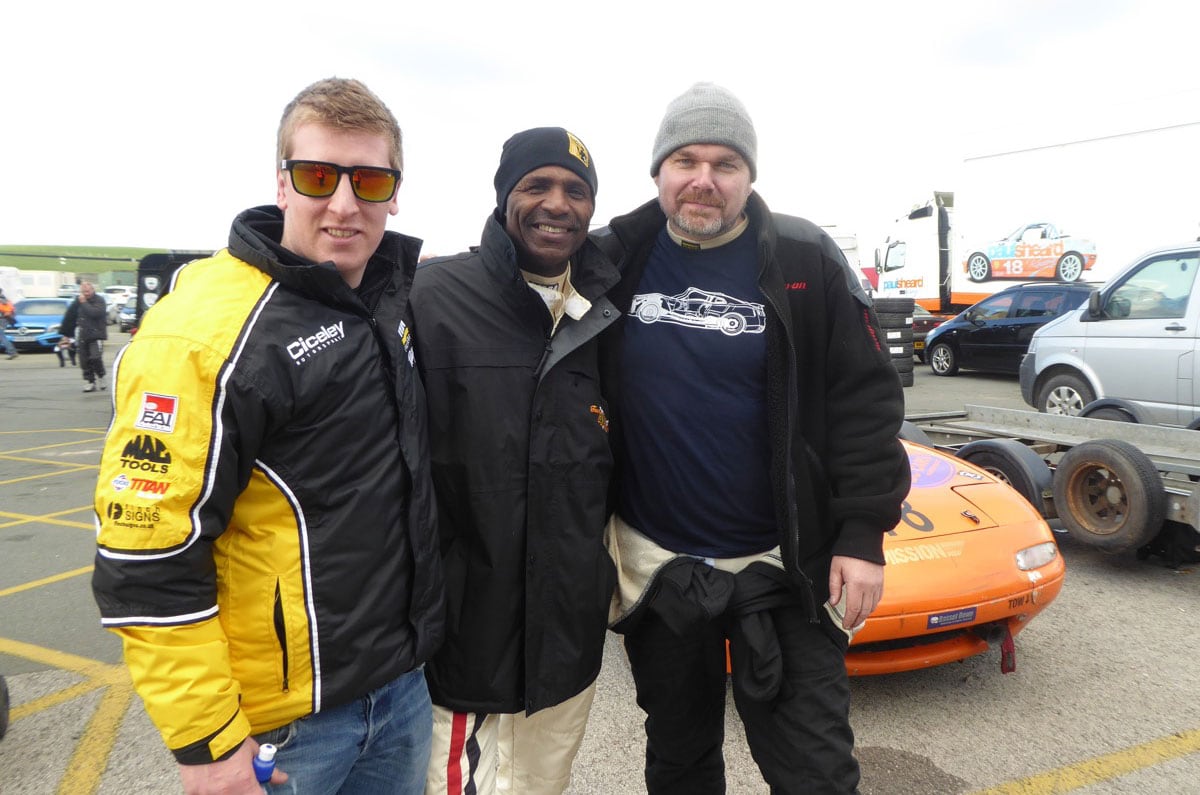 And so the race was on. With a battle of BTCC champs definitely taking place. Until just over the 6 hour mark when the MX5 engine blew. So it was to Adam Morgan to take the diesel to the track with Luther to complete the race…until the wheel bolts sheared off unexpectedly and Adam Morgan was forced to retire the car. However in a nailbiting finish, Team48 were gifted a 3rd place on the podium due to the fast timing of the earlier drives, which enabled the car to still qualify under race rules. 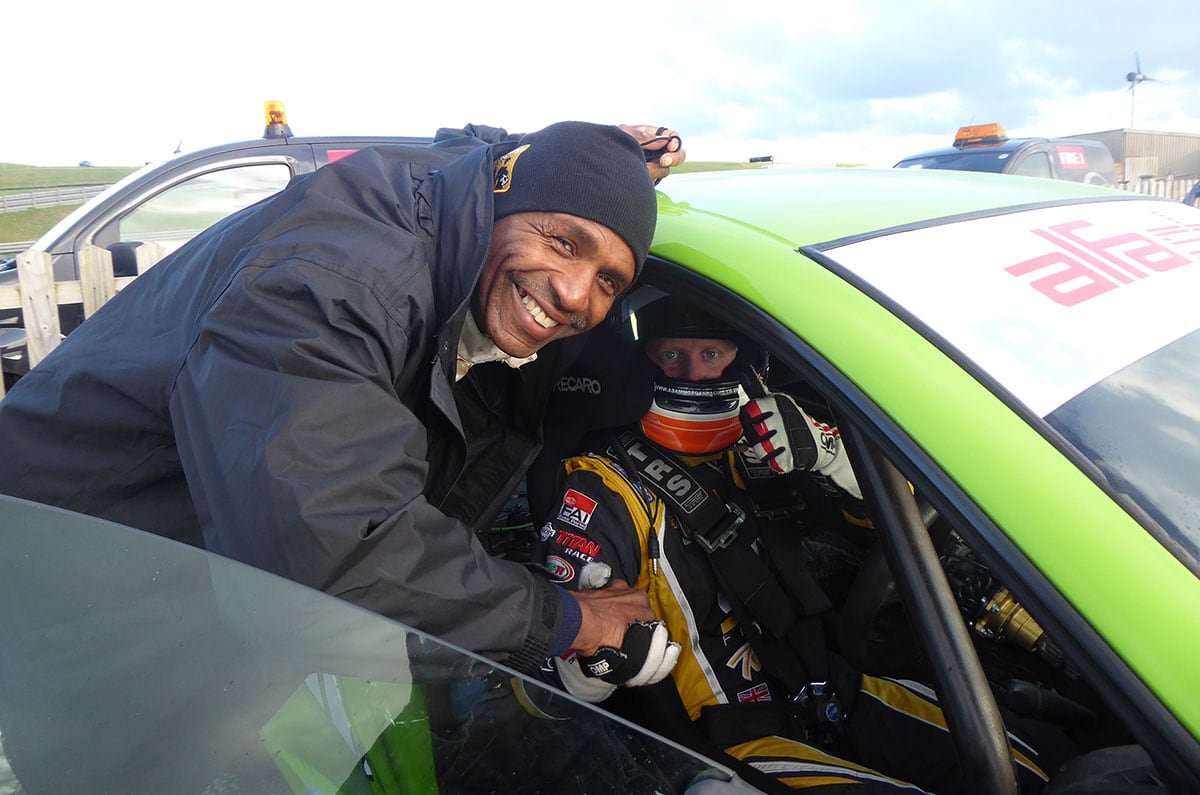 “It was an incredible event and Team48 were proud to support it. To be out there on the track alongside the brave men and women that have served our country was a real honour for all of us. Here’s to bringing our Team48 squad next year and a huge thank you to the organisers of this unforgettable race. In addition, a massive thanks to Adam Morgan and his Wix pit crew, to Simon and everyone who helped us make it to the grid” – Luther Blissett 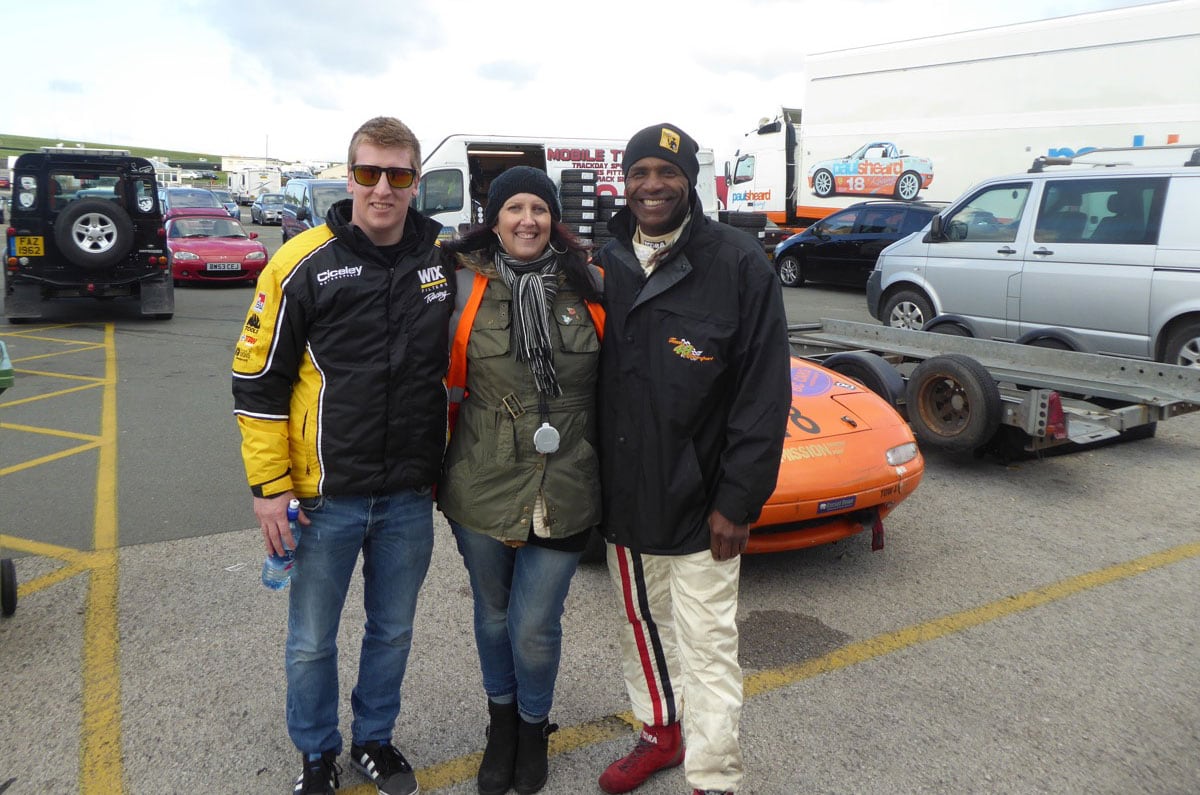 If any of the Alfa enthusiasts would like to make a post event donation towards all Luther’s efforts in representing Alfa, please can they contact me, [email protected]. No matter how small we would be most grateful as it has all been for an exceptional cause.

Another Alfa was on the grid in the form of the Alfa 4000 team’s blue 75. Organisers Jon Earp and Mission Motorsport have already informed Alfaracer that the event will take place again next year. Read a write up of the event here and head over to the Mission Motorsport stand at the Autosport Show in January to find out more. Lets get some more Alfas out there in 2015.

Richard Stevens of Cheshire Alfa has posted some progress photos of his Twinspark Cup 145. He was at Silverstone in October to look around some of the other cars and hopes to be out racing with us next year.

Some of you may have already seen the below video from this years Alfa Romeo Challenge which features a number of ARCA drivers. Its a compilation of video clips ranging from on-track action to assembly area, pitlane and paddock footage. This is certainly something that we could do for next season as it gives a nice overview of the weekends events for people unable to make it but also for drivers who don’t get to take it all in due to being rather busy behind the wheel! Is this something you’d like to see? Maybe we could trial it for round 1. Let me know what you think down in the comments or speak to me at the awards party.

Tomorrow sees the 2014 Championship Awards Party take place at Hunton Park. It’s set to be a great event which we hope you all enjoy. Below is a confirmed list of raffle prizes so far with hopefully more to follow. A table selling tickets will be set up at the venue so make sure you buy as many as you can for the chance of winning some fantastic prizes.

The evening will start at 6pm in the Boardroom where we will have our own Bar. ARCA signs will guide you there. There will also be a table plan and you will be able to order wine for the evening. We will sit down in the Marquee at 6.45 where we have another private bar. Michael Lindsay’s Award Presentation will start at 7pm so please make sure you’re seated by then.

After the Awards we will be having dinner. We have chosen a very nice Italian Menu for our three course buffet which we hope all of you will enjoy. We also have a Disco for those who want to dance later – the DJ is a friend of the Championship so don’t be shy with requests. The Marquee closes at 12pm but residents can retire to the Hotel bar.

Below is a map for the venue and the postcode for your Sat Nav is WD4 8PN.