The Alfa Romeo 4C under the spotlight

We’ve teamed up with Motorparks car dealers for this weeks Friday Fix and they have very kindly written a short review of the Alfa 4C which can be read below. 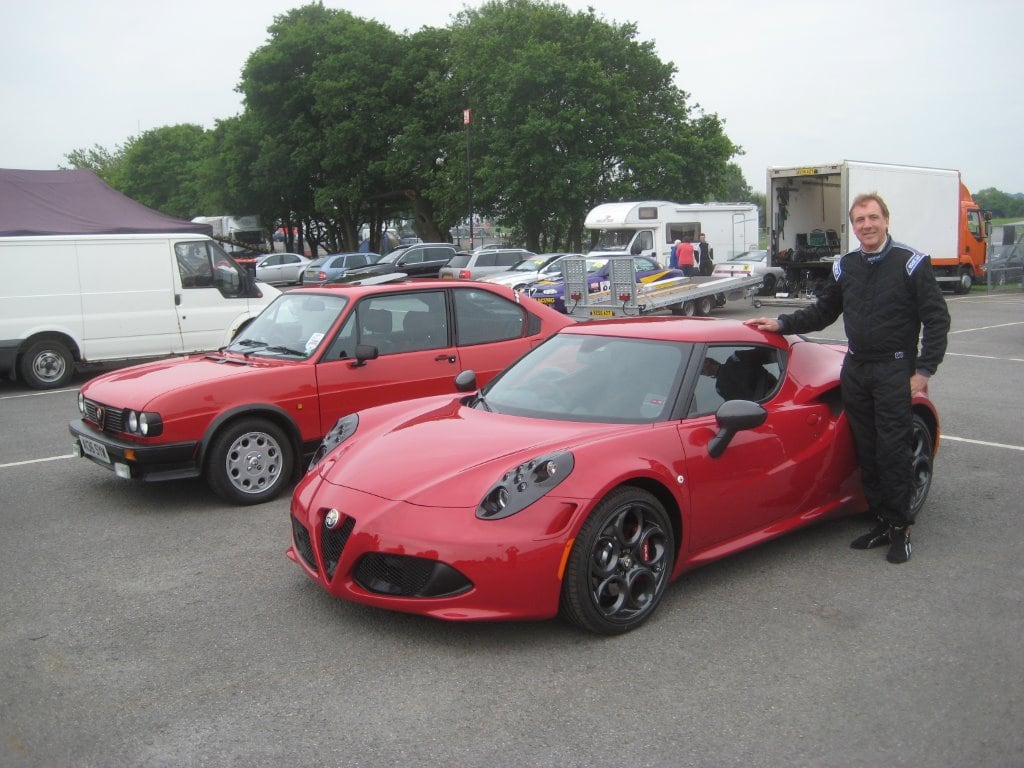 There was a lot of excitement in the paddock at Oulton Park recently after Class A1 driver, Andy Robinson arrived in his brand new Alfa Romeo 4C.

This positive vibe has been felt across the motoring industry. In an Auto Express review of the two-door coupe, the Auto Express Test Team acknowledged that the “scaled-down supercar promises to be one of the performance motoring highlights of the year”. Paul Hudson, of the Telegraph, had a similar opinion in his own review of the 4C, acknowledging that “it will be remembered as one of the greatest sports cars of the age”.

Steve Cropley, Editor-in-chief at Autocar, even want as far as to state during his publication’s review of the coupe:

“Give me a track to play on, and I’d choose a 4C over any Ferrari.”

Here’s a look at two reasons why the 4C is being put up there with the likes of the Koenigsegg One and proving more popular for enjoying a lap of a race track over, say, a Ferrari F60 Enzo. 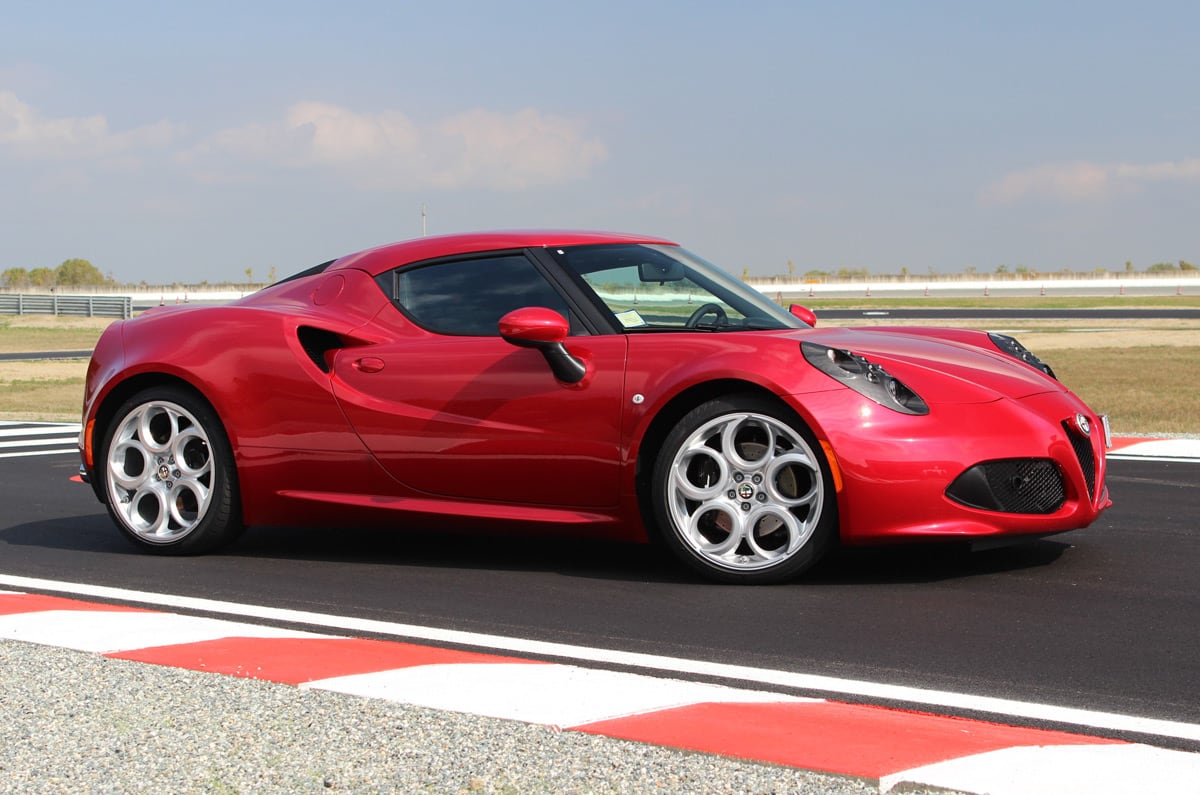 Let’s get the impressive numbers out of the way first when it comes to getting from A to B in the Alfa Romeo 4C.

The coupe’s 1.7-litre aluminium turbocharged engine achieves 237bhp, 350Nm worth of torque and a blistering rev count of 2,200rpm. Out on the open road, these figures translate to the 4C going from 0-60mph in a mere 4.9 seconds before reaching a top speed of 160mph.

It is not just how fast the 4C travels that should impress though. The 4C has the same DNA driving mode selector – Dynamic, Normal or All-weather driving options in the traditional sense – as the MiTo and Giulietta.

Then there is the easy-to-read and sporty-themed digital dashboard display, which will ensure you can read everything about the 4C’s performance while behind its wheel. 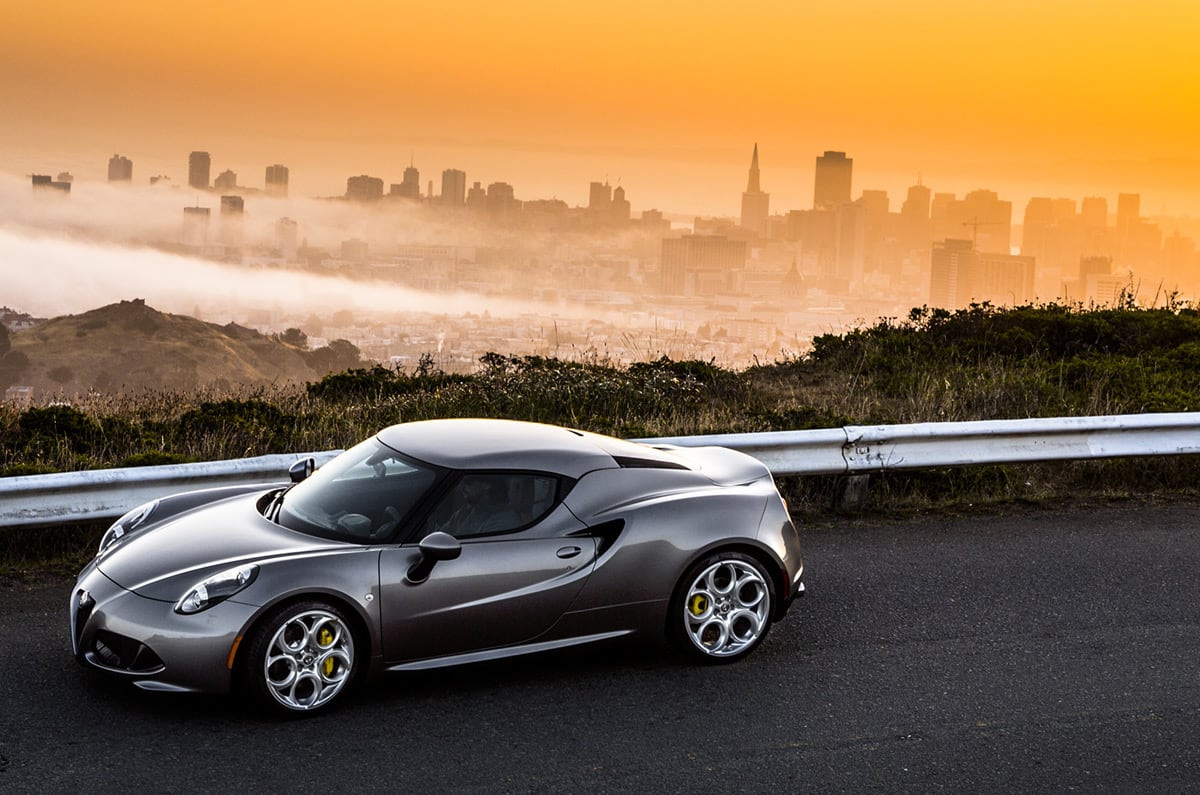 When it comes to describing the appearance of the 4C, long-time Alfa Romeo fans are sure to spot that the coupe’s angular nose is similar to the Italian manufacturer’s 8C supercar. Head to the rear of the 4C and the same fans will see that the design takes some of its inspiration from the classic 33 Stradale.

These two features, as well as the rest of the 4C’s composite bodywork, is finished off with a carbon-fibre chassis to create a car that is sure to draw envious looks wherever it goes.

Step inside the Alfa Romeo 4C and it is the little things that stand out, from the luxurious leather that wraps around the steering wheel to a set of eye-catching aluminium pedals.

The Alfa Romeo 4C is in very short supply, however, Motorparks has a few models available to test drive today. Check it out here.

Stacey Dennis has bought the Class E 147 used by Andrew Bramah in past seasons. The car is at the Bianco workshop and Stacey is already planning colour schemes.

Another new Class E 156 has been testing this week. Steve Potts’ replacement for his 147 which was badly damaged at Snetterton completed plenty of laps on Wednesday managing a fastest time of 59.5. The car did a 59.1 in the hands 2009 Champion Paul Plant later in the day but at the cost of a cracked sump after using a bit too much kerb. They both plan to race at the Nurburgring this weekend. 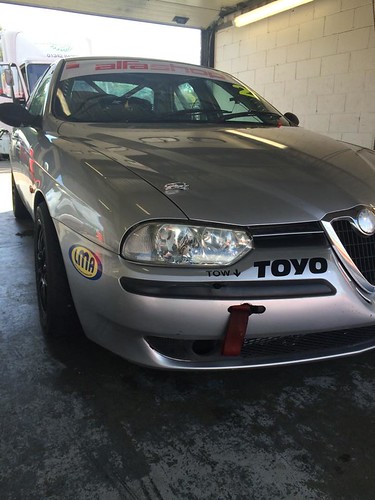 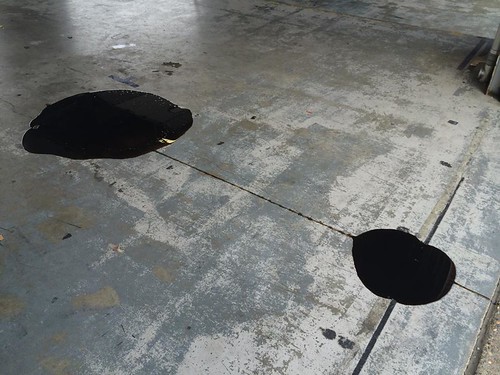 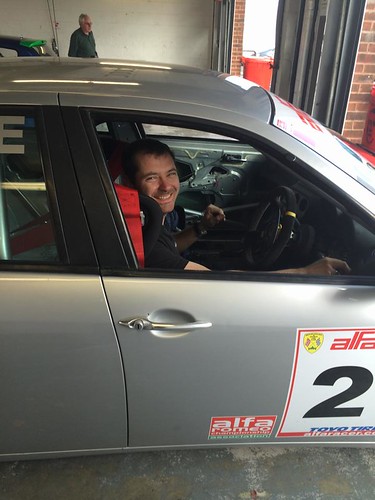 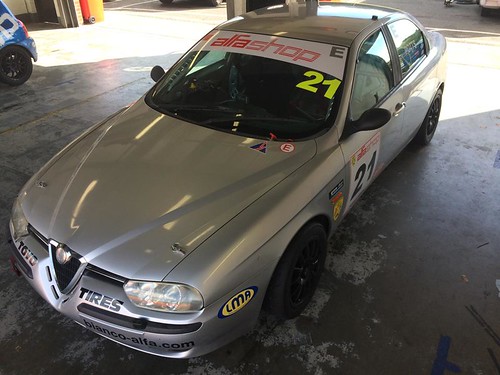 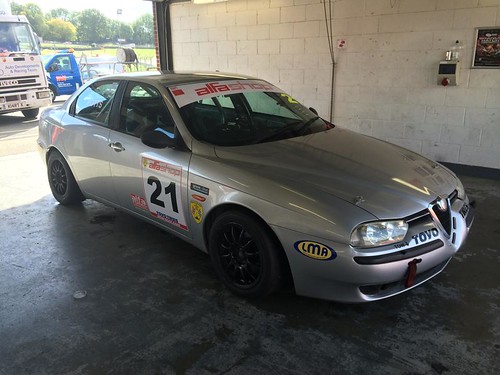 ARCA in the press

The Championship, once again made it into the Oxford Mail and Witney Gazette. 2014 Champion James Bishop, Rockingham class winner Tom Herbert and local driver Dave Messenger all got a mention. 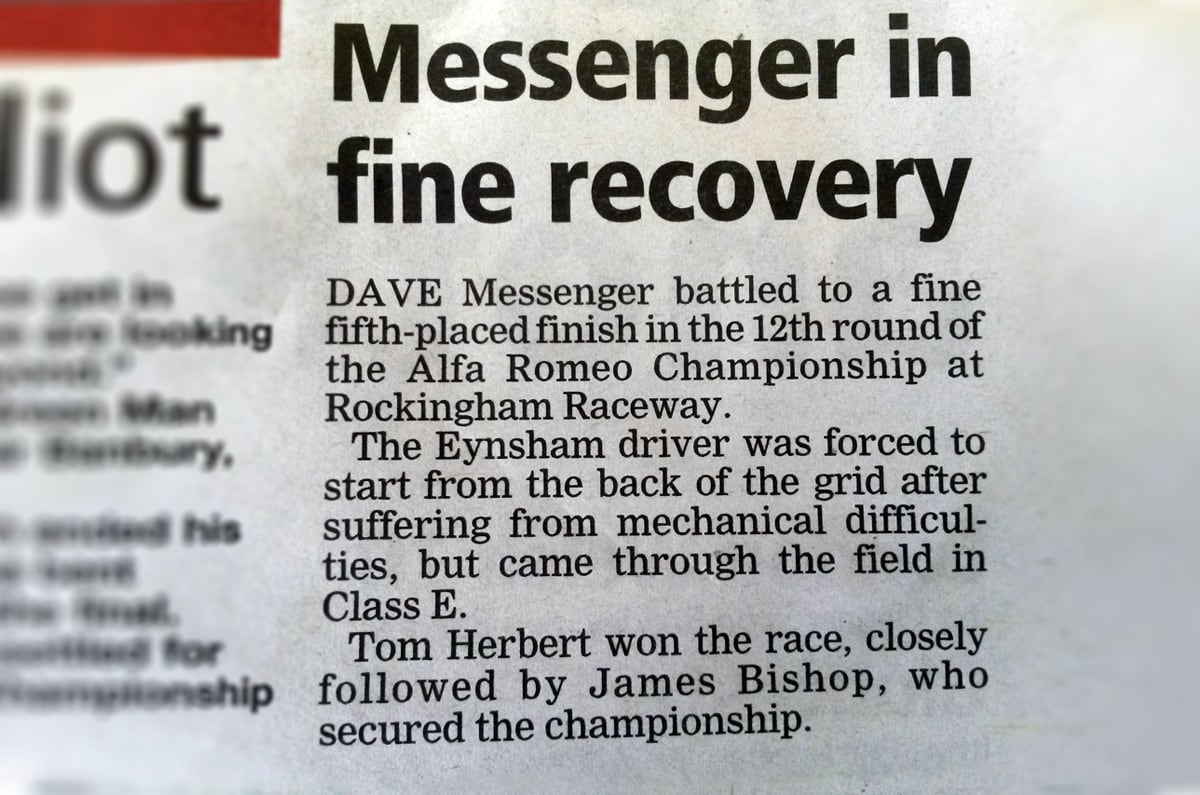 The 4Two Cup Championship have been in touch to say a big thank you following Rockingham. The drivers felt they were treated with great respect and that our driving standards were exemplary!

Something for all the big kids now. I stumbled across these interesting lego sets recently. Great to see some of the detail that goes into them. Below is a DTM 155 and a Tipo 33. 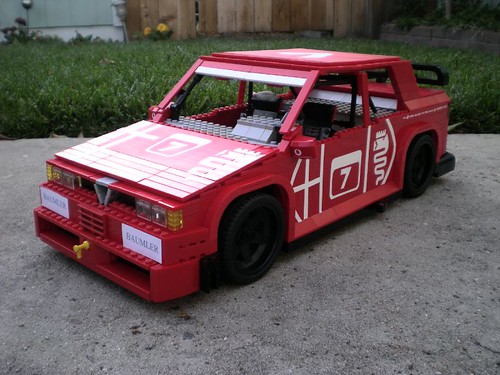 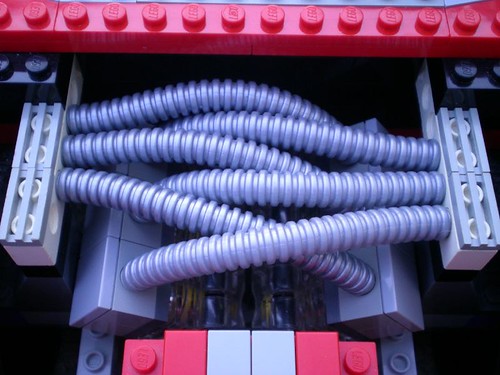 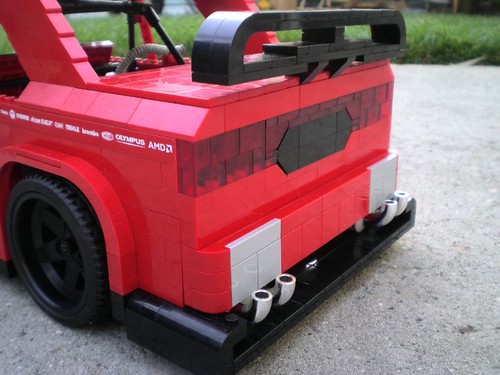 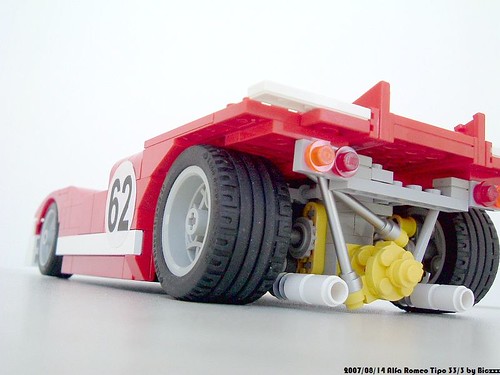 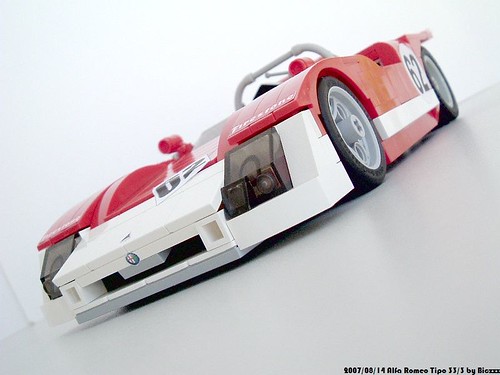 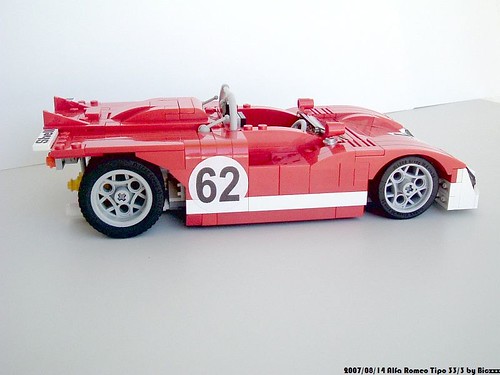 After discovering their blog way back in Friday Fix Issue 10 I’ve been following it with great interest. They’ve posted some really nice Alfa articles recently including one featuring this Giulia GT Junior 1600.

Another shows this 1965 Alfa Romeo Giulia Sprint Speciale built especially for La Carrera Panamericana, a race running south to north along the Mexican part of the Pan-American Highway – and a race which quickly established itself as the most dangerous race of any kind in the world.

Finally, I found these superb paintings by Italian Artist Francesco Agnoletto after he followed the Championship on twitter. There’s more brilliant work on his website. 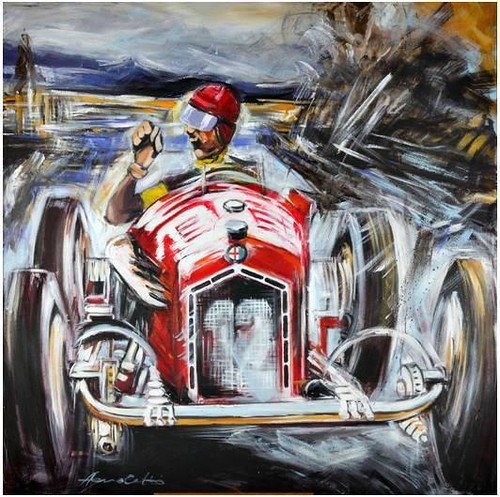 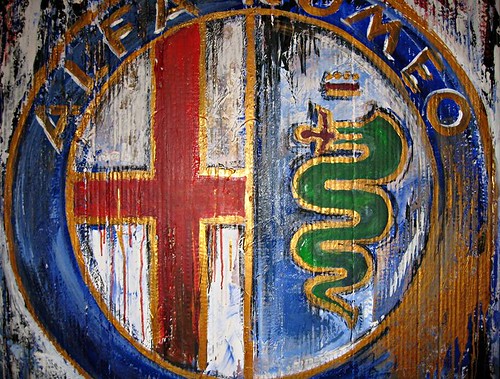 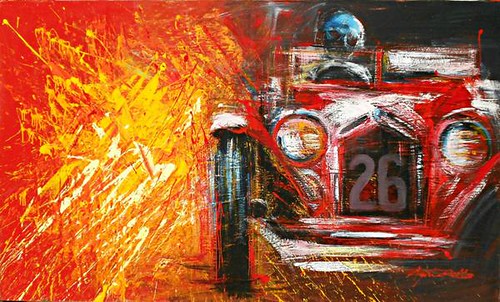 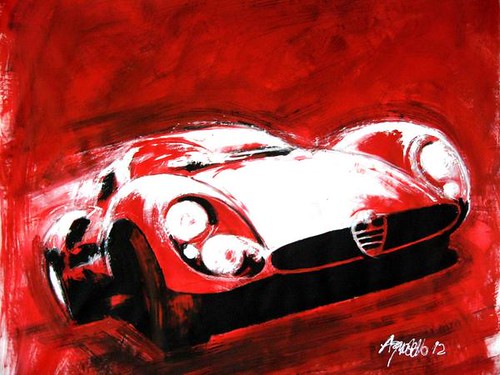