It’s that time again where we post news and photos from drivers and teams in the lead up to Round 1 at Silverstone on 6th April.

Dave Peddie has launched a new website to keep everyone up to date on Team DPMD/Pro-Alfa’s progress throughout the season. The team includes fellow Scot and championship newcomer Kristian Leith.

Guy Hale & Neil Smith have been testing at Silverstone in the NJS prepared class A1 147 GTA. 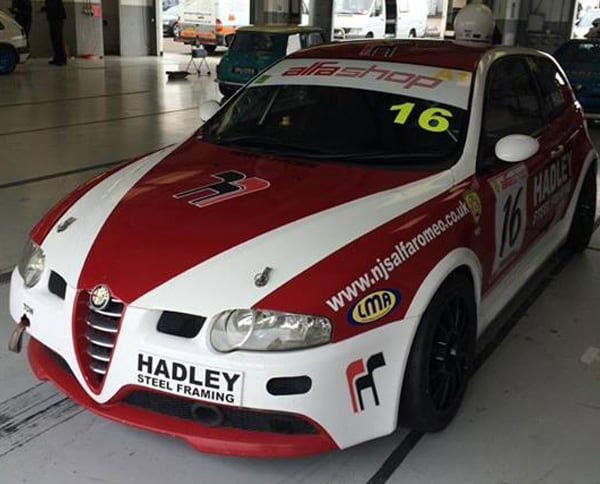 We’ve appeared in this weeks Motorsport news alongside their “Getting Started in Motorsport” feature @MNewsRacing pic.twitter.com/ll3pa6kGK7

As well as Motorsport news, we also ran the ad in Autosport Magazine last week.

The Silverstone entry is up to 21 cars now with the addition of Darelle Wilson. Keep checking the event page for all the details as we lead up to round 1.

Don’t forget, the BTCC is back this weekend featuring the return of ex Alfa works driver Fabrizio Giovanardi. It kicks off at 10:30am this Sunday on ITV4.

Jon Billingsley has for sale, a set of Team Dynamics wheels for Class E – Have a look in the For Sale section.

We have published the full list of lap records for this years Circuits with the addition of Brands Hatch as it’s often used for testing.