These are scary and chaotic times but somehow we have to keep ourselves entertained and our morale high.

With no current motorsport activity to talk or write about, it is inevitable that we will have to look back into days gone by while also wondering and planning for what the future may bring. However, with a large photo archive to delve into, we thought the first “lockdown” Friday Fix should be mainly pictorial while we assess what our readers might find interesting for future issues. So we are starting with a “photo biography” of past Class F star Phil Snelling plus what will be a regular feature – “on the ground or under the bonnet” a familiar activity to anyone involved in motor sport!

I often thought that Phil Snelling never really got the plaudits he deserved when competing against some of the toughest competition that there has ever been in the Alfa Championship. His best results took a little time to come but in 1993 he scored his first win in the Alfasud Ti towards the end of the season at Snetterton. A year later he took another win, at Cadwell this time, and a further four 2nd place finishes that would leave him 2nd in Class F, only beaten by Martin Parsons and with a future class champion, Dave Ashford, behind him. In 1995 there were again wins at Cadwell and Snetterton which still left him beaten by the warring duo of Mark Ticehurst and Mark James.

In 1996 Phil switched to a 33 which brought him two wins, including a rewarding one during our first visit to Croix-en-Ternois but it was still not enough to take the class at the end of the year that again went to Mark Ticehurst with Phil an excellent 2nd, keeping Adie Hawkins at bay. Sadly this was to be the end of regular racing for Phil and from then on his appearances were spasmodic, including with an Arna! However in 2004 he did one race in a 33 1.7 16v and showed that he had not lost his touch, running 2nd at Cadwell before a puncture brought about his retirement. We had great hopes when he acquired a 145 in 2008 but he only managed four races with it with a best of two third places at Cadwell. In the years since, it has been good to see Phil in the paddock from time to time, keeping an eye on how things have developed but no doubt thinking that he raced in some of the championship’s most competitive years which we would love to be able to repeat. 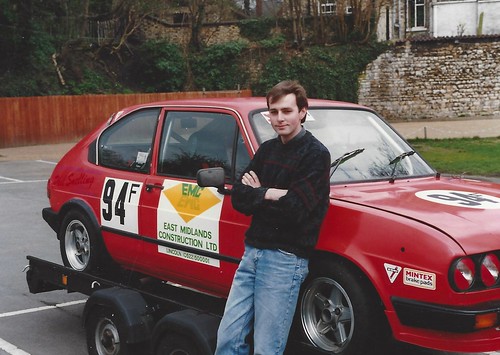 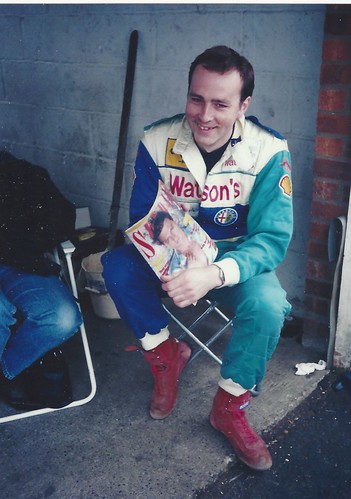 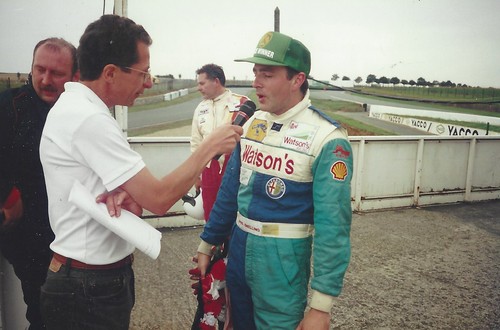 Phil after famous win at Croix 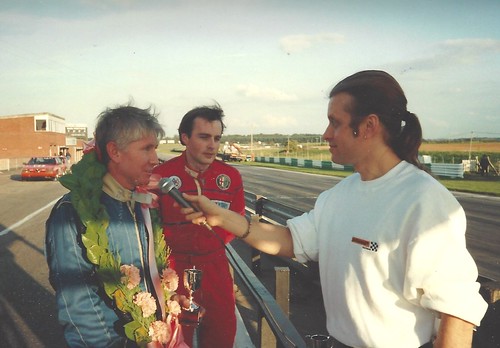 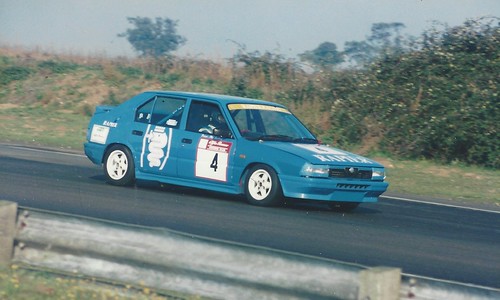 Phil at Snetterton with 33 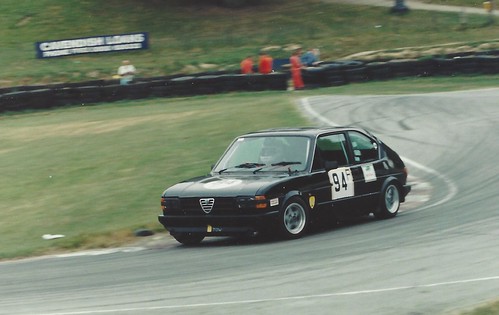 Phil at The Mountain at Cadwell 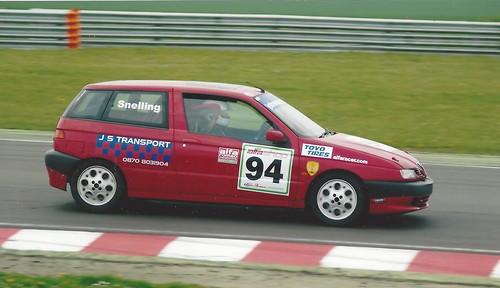 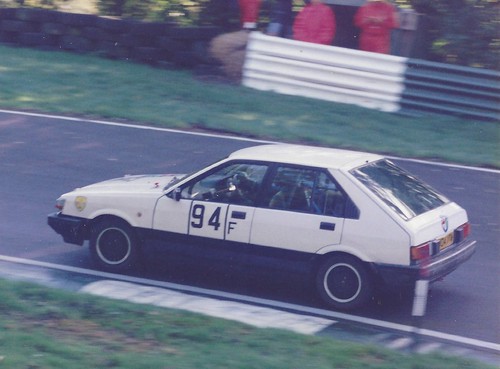 Phil with Arna at Cadwell 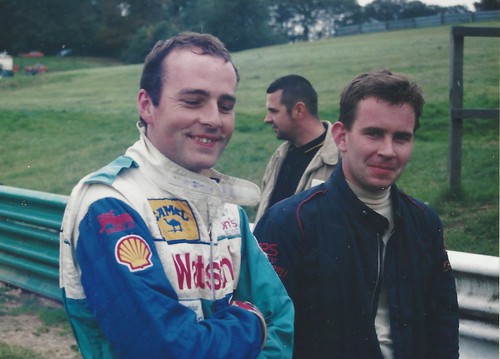 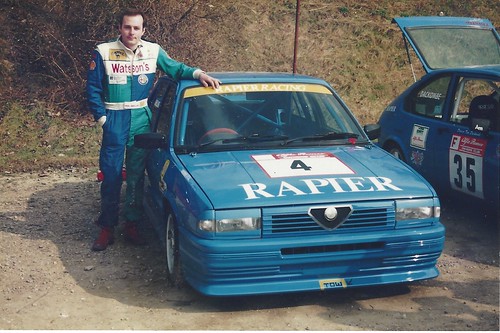 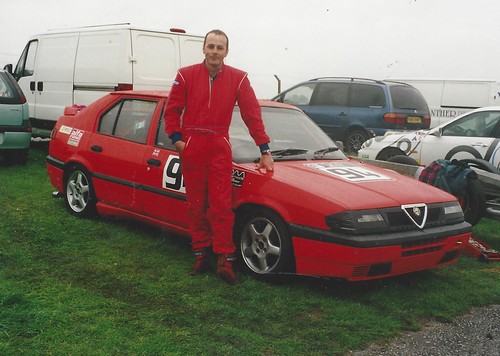 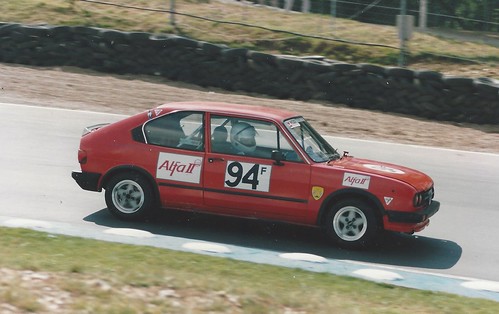 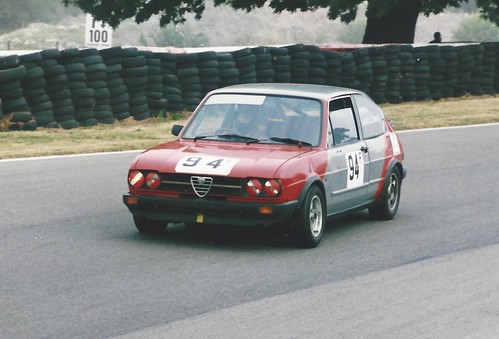 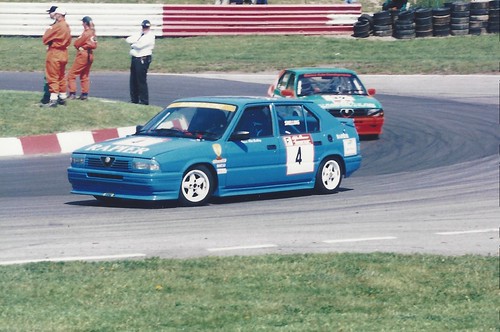 Snelling and Heels battle at Mallory

“On the Ground or under the bonnet…..”

Over the years we have taken many hundreds of paddock and pit road pictures, some funny and others showing a degree of desperation, but as a result we have enough to run several features that we hope you will enjoy. And sometimes it is interesting to look into the background to see people you may initially have missed. 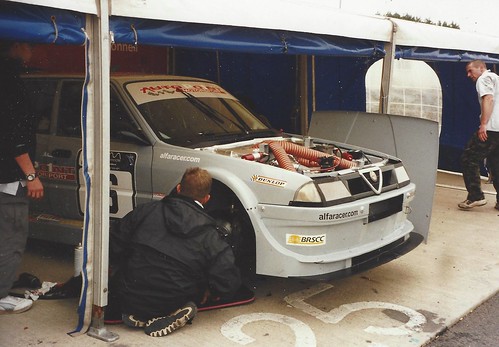 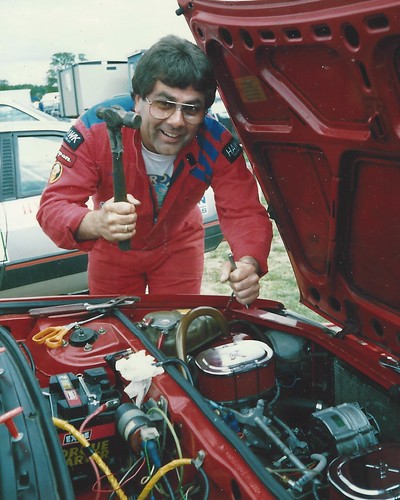 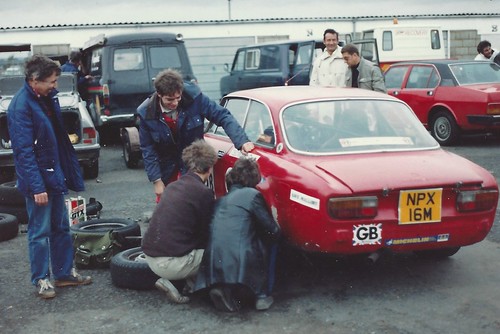 All hands to the pump - Silverstone in the 60s 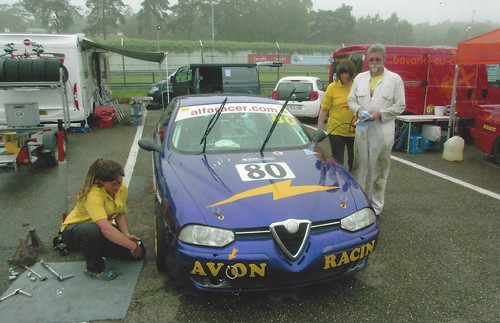 Andy Inman's 156 gets attention at Zolder 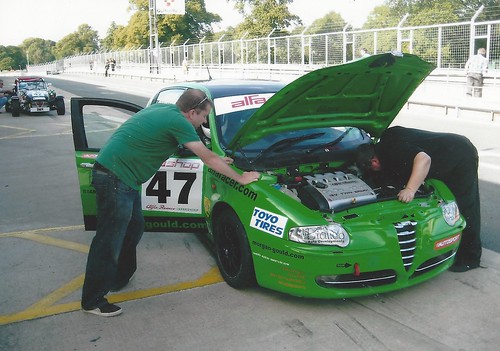 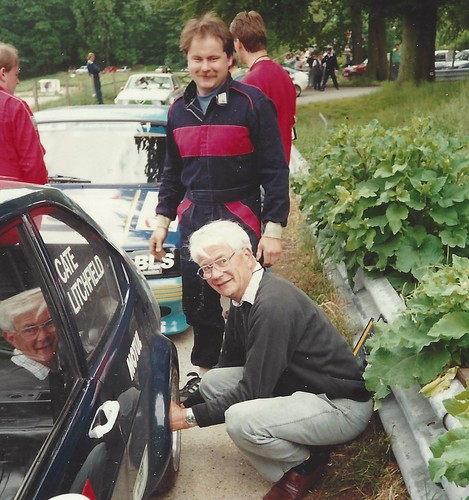 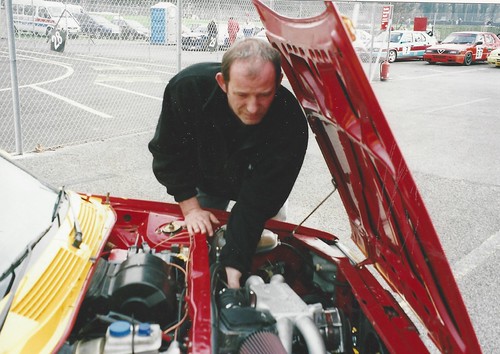 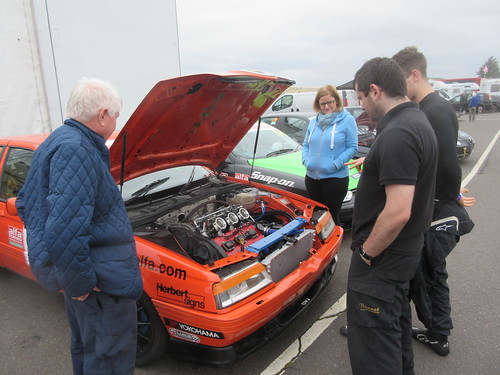 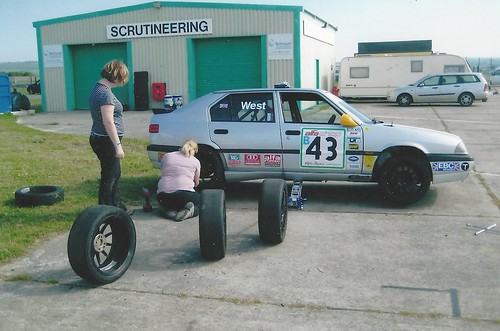 Louise & Charlotte have i all organised 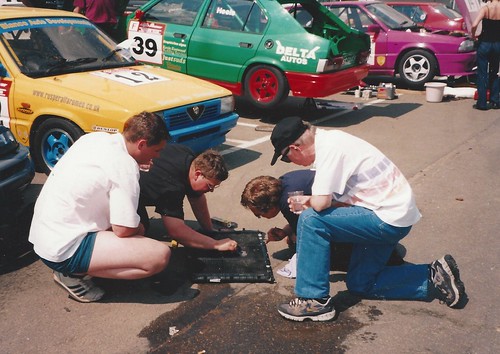 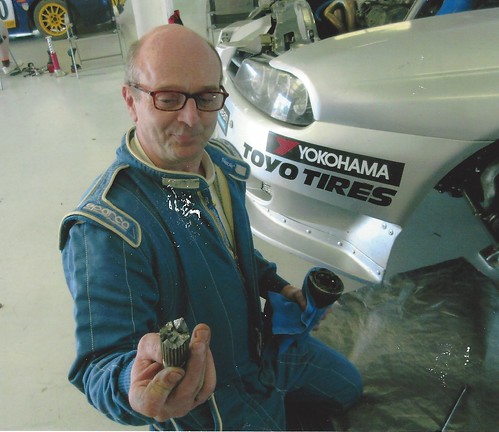 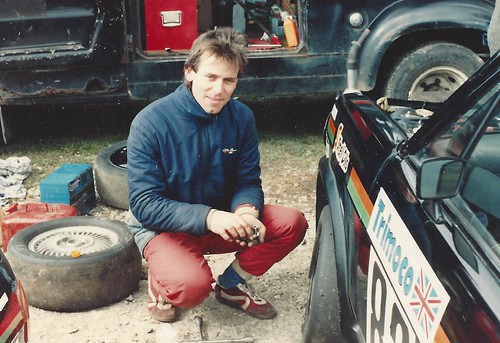 Here is a look back to 1999 when AGIP Oils were one of our sponsors, so delighted race and class winners were able to go home with a couple of 5 litre containers of oil. This is Mallory Park that year and features, left to right, Shane Crumpler, Dave Streather, Dave Ashford, Graham Presley, Paul Bessant, Rob West and Brian Thorp.