After an eagerly awaited and well contested opening two rounds of this year’s slightly truncated racing calendar on the Snetterton 200 circuit, the championship returns to the south east to contest races 3 and 4 as part of the popular Festival Italia programme on the Brands Hatch Indy circuit.

Leading the championship after the Snetterton rounds are triple champion Tom Hill in his new for 2020 Revs Italia prepared 3.2 GT and his former twin spark rival and 2017 champion Andrew Bourke in his Bianco Motorsports 156, both having recorded a maximum points haul of 43 in their respective classes. Third place with 39 points is modified class leader Graham Seager in his distinctive and powerful supercharged black GTV with a win and a second place in the season opener. All are back on track looking to extend their early season success against a strong and varied grid. 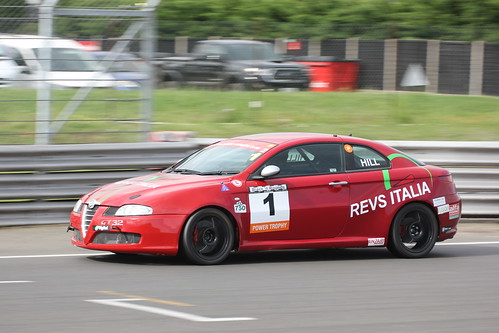 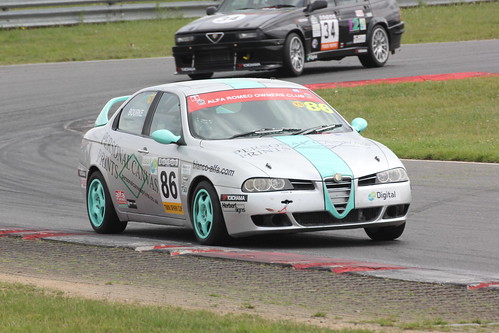 Graham is joined in class by second placed Scott Austin in his 155 fitted with the Fiat 20 valve turbo power unit for this season, a strong outing in the opening rounds rewarding him with Driver of the Day.  Vincent Dubois returns in his awesome Integrale engine 156 turbo, Ricardo Loselli once again is driving the Alfa Workshop Mito powered by the 2.0 litre 4C TBi derived power unit and Richard Thurbin is back in his spectacular 4wd Lancia Delta Integrale.

In the power trophy Tom is joined in an impressive 10 car entry which Includes second placed Dave Messenger in the Darnell’s 156 GTA and Andy Inman in the similar Revs Italia car. Jamie Thwaites will be hoping for better luck this time out in his Caged Steel Motorsport 155 3.2. Four Fiats are contesting the class with the Punto Abarths of Chris and Simon McFie and Luke Praoline being joined by newcomer Alastair Baptie in the distinctive X1/9, providing a welcome addition to the excellent range of cars that make up the present day Alfa grids. George Osborne returns with his immaculate 3.2 litre engined Alfa 75 and it is good to see Daniel Wood with the distinctive yellow 164 3.0 litre.

Andrew is joined in a competitive twin spark class by the second placed Simon Cresswell and Gethin Llewellyn who find themselves equal on points after two rounds. Richard and James Ford are both entered in their usual 156s, and Martin Jones returns in his similar car hoping for a much better run after his problems last time out.

Luke Powell and Steve O’Brien are once again in their 147s, whilst Jonathan Tortolani in the ex Luther Blissett 156 will also be hoping for a better run this time out. We also welcome Will Powell and Sean Hurley from Motus One motorsport consultants for their first outing in the Championship driving their Alfa 156s.

All competitors are reminded that the starting order on the grid for race two will be determined by each competitor’s second fastest time in qualifying.