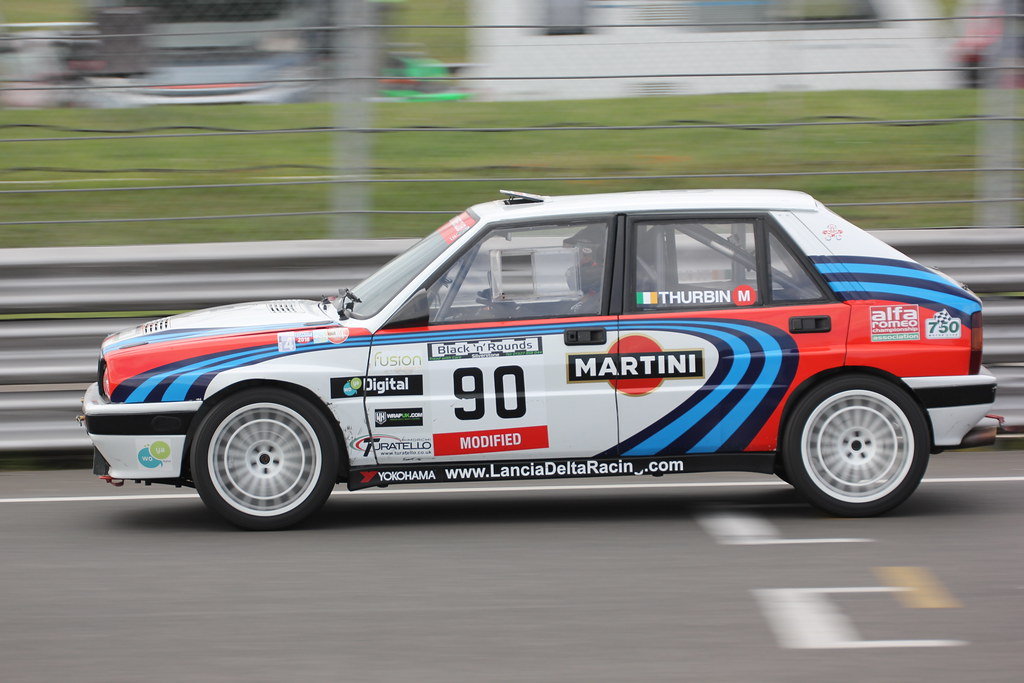 First raced in 2017 the car competed with the Classic Sports Car Club achieving two outright victories at Croft and Donington Park. During the second half of the the race, the Lancia went from 6th to take the overall lead in one corner, or “besting the field” as Autposport called it. The car also took a first in class at Croft, a third in class at Donington and a third overall at the Plumb Pudding event on Boxing Day at Mallory Park. 2018 was another successful year with the car finishing second in class for both races at Spa-Francorchamps and a second and third in class at Festival Italia around Brands Hatch. 2019 saw the first win in the Alfa Romeo Championship modified class and has won overall at Snetterton and finished second three times also at Snetterton and Brands Hatch.

This Lancia Delta started out life as a normal yellow 16v road car, built in February 1990, it spent 10 years pounding around the Italian streets. Imported in 2001, the car was the pressed in to service, being enjoyed and used through the streets of London and the West Midlands. The car was taken off the road in 2015 due to the age-old problem of rust and was bought in a sorry state by the current owner/driver Richard Thurbin. What followed was an epic journey of discovery, hard work, time and effort by a dedicated team of warriors who crafted an Italian thoroughbred out of rust, grime and decay. Re-build by ex-Alfa Romeo BTCC Team owner and Fulvia rallyist John Sheilds and his team, the car was specified to compete at the highest level in historic circuit racing series.