Snetterton in mid July was the start of the BRSCC Alfashop Alfa Romeo Championship’s second half of the season.

After a close battle for the championship title in the first few races between James Bishop and James Ford, both in Class E 156s, that had seen a single point separating them, everything changed at Cadwell in June.James Ford suffered a poor weekend with a non finish and a race from the back of the grid in which he could get no further than eight while James Bishop took two clear class wins. Then at Snetterton, James Ford was out on the first lap while James Bishop led the class home for his fourth win of the year. Result? A 50 point lead overall for Bishop which, even with the imposition of the three dropped scores rule, still leaves him at the top of the standings.It was not only James Ford who suffered at Snetterton, two of the other main contenders – Steve Potts and Tom Herbert scored no points following a qualifying crash and exclusion from the results respectively. This has allowed the 2012/2013 champion Roger Evans to slip into equal second with Steve although Roger’s ultimate championship challenge is being hindered by not having enough cars in his class. Apart from the James Ford and James Bishop, the only other class winner this year has been Tom Herbert who took victory at Donington in May. 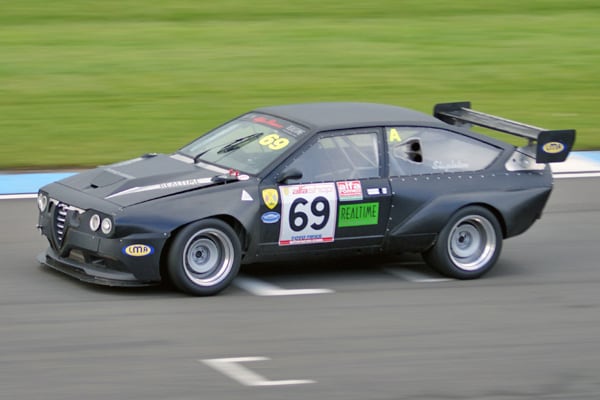 The closeness of the class E battle may be giving us some excitingly close racing but overall we have had a renewal of the variety that seems to typify the Championship at the moment. In the opening two rounds at Silverstone, wins were shared between Chris Snowdon (33 16v) and Guy Hale (147 GTA). At Donington, Ian Stapleton returned to score a double with his GTV6 while at Oulton on May 31st, Graham Seager scored a popular win in his supercharged GTV. Two weeks later it was the turn of Bryan Shrubb with his now fuel injected 33 16v who repeated his double of a year ago. 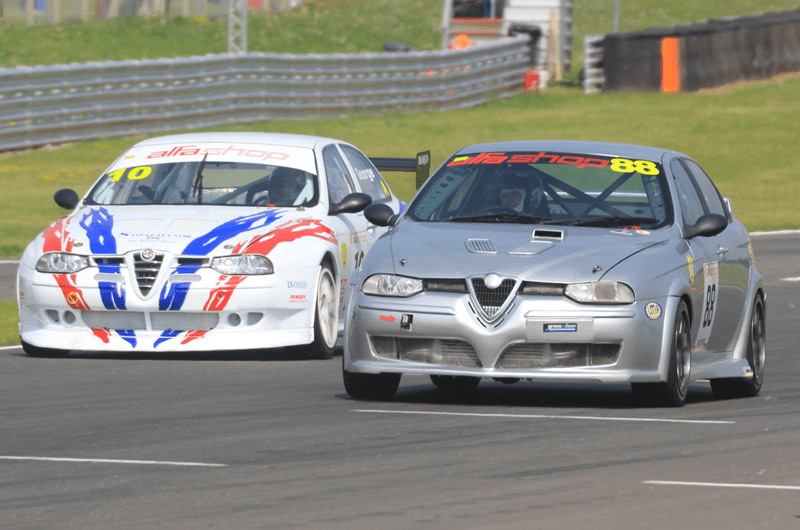 Snetterton was only a single race but brought out Anthony George’s 156 Turbo for its first race of the season, Anthony taking an easy win from the another 156 Turbo, that of Vincent Dubois. Interestingly, these cars showed two different approaches to the 156 Turbo route. Anthony’s version is a 2 litre 16v, starting with the same engine that you would find in a Class E car while Vincent has chosen an engine from a 155 Q4 that began its design life in a Lancia Delta Integrale!Other different Class A1 156 engines seen this year are the 3.8 V6 24v used by Andy Robinson, the 3.2 V6 of the car shared by Clive Hodgkin and Robin Eyre-Maunsell and the 1750 Giulietta Turbo unit fitted by Barry McMahon. Its amazing that they all fit but take your choice!Class A2 is all 33s with points leader currently Nick Anderson with his 8v version ahead of the 16v cars of Bryan Shrubb and Nick Anderson. Class B is led by Darelle Wilson’s Diesel GT although he has been absent from the past couple of meetings and there are rumours that he is trying to raise a budget for the VW Cup. A pity as Darelle has been a strong contender in several races overall this year. 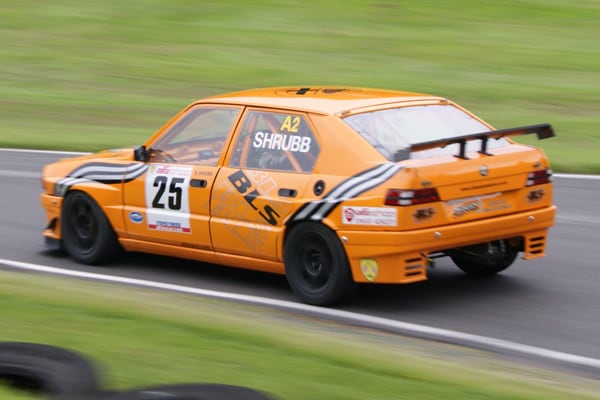 The sad thing is that only occasionally do we get all the modified cars racing together and once again it may not happen until the final meeting of the year when we return to the Silverstone International circuit in October. A complete contrast is Class E where we have the support and enthusiasm of Bianco Auto Developments which has run as many as ten cars on occasions. Several of their drivers we have already mentioned but it is good to see others who have benefitted from the team’s knowledgeable and friendly environment including Andy Hancock and Steve O’Brien who finished second and third at Snetterton.Amongst the non Bianco drivers we shouldn’t forget the always hard trying Andy Inman and Dave Messenger, the Spur Motorsport duo Chris Healey and Tom Eastwood and the rapidly improving Kristian Leith who travels down from Shetland for every meeting to compete with his Pro alfa prepared 145.Rounds 9 and 10 take place on Anglesey this coming weekend (August 9 / 10) and the favourites for outright wins will undoubtedly be Graham Seager and Bryan Shrubb. In Class E a very welcome return will be made by Matt Daly, his Spur Motorsport 145 now rebuilt after an accident at Thruxton last year when leading on the final lap. He is certainly one driver who could upset the current form book. 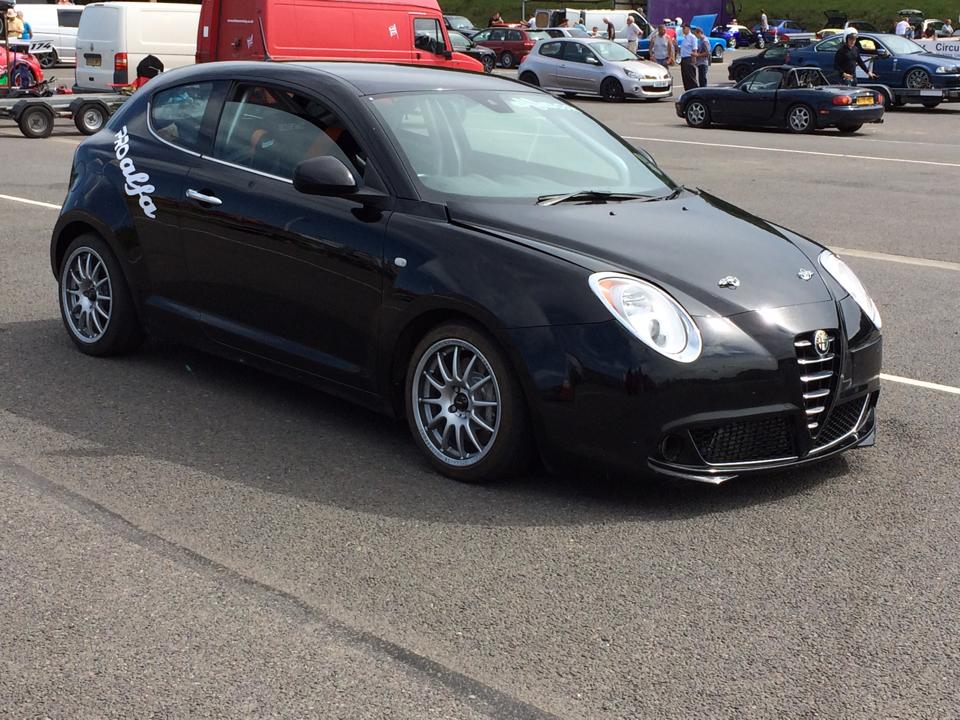 Dave Peddie will debut his MiTo in Class A1 at Anglesey