What we’ve all been waiting for is to see the HMS Racing Giulietta on track and on Tuesday  the car was to be seen having an opening shake-down session at Donington, with Rob Austin at the wheel.

It is always a fingers crossed time for any new car but it seems that all went well apart from a small glitch with the fuel pump early on that was quickly rectified.

As a baseline, the team used the set-up from their 2017 Toyota Avensis, the data having shown that this would make the Giulietta  oversteer and oversteer is exactly what they found. “We got plenty of laps in” said Rob “and we were making progress all through the day. I would say the car did everything we wanted it to and that is a credit to our lads who put it together”. 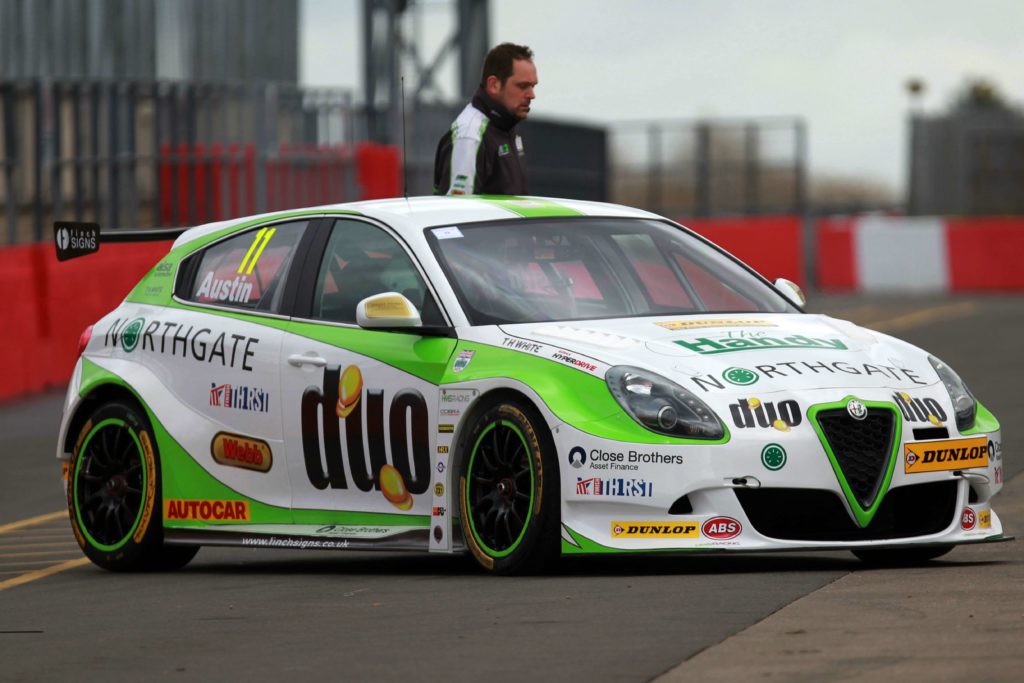 HMS Racing team boss, Simon Belcher, added “It was a very proud day, but also nerve-wracking. We had put all our efforts into building what we had hoped was the best BTCC car we could, but then so does everyone else. Despite the problems with supplied parts in the morning, the car itself ran perfectly and we got in about 30 laps. It has already shown a great deal of potential”. Just what we wanted to hear!

A side of race preparation you don’t often hear about it how well the colour scheme and graphics will work when a car is actually on track and being followed by the TV cameras. I reckon HMS have also done a good job here, helped of course by the stand-out Alfa grille. Yes, maybe we would all have liked to be red or, in my case, black and white (!) but that is not the way of the world and the requirements of the sponsor will always come first. I think Rob Austin and Giulietta will be easy to spot. 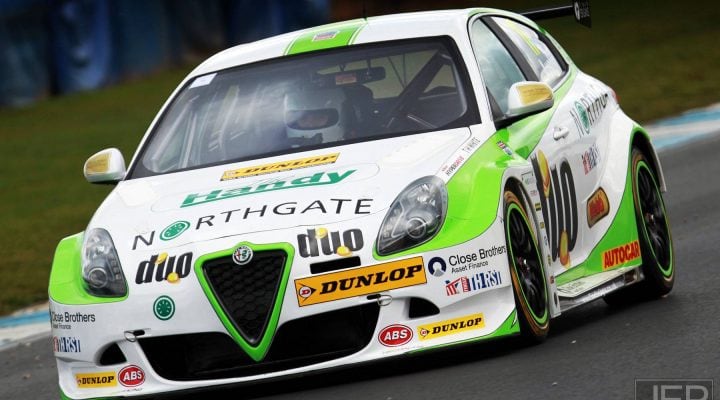 The first round of this year’s BTCC will be at Brands Hatch (Indy) over the weekend April 7th/8th but before then there will be more testing in a couple of weeks time also at the Kent circuit and a BTCC launch and media day at Donington on Tuesday, March 27th.

(with a little help from Matt James and “Motorsport News”)