James Bishop receives his 2014 winners trophy at the BRSCC Awards.

The Overall and Class E Champion rounded off a very successful year taking 7 wins and never finishing outside of the podium positions. James looks to defend his title, returning this year in the Twin Spark Cup. 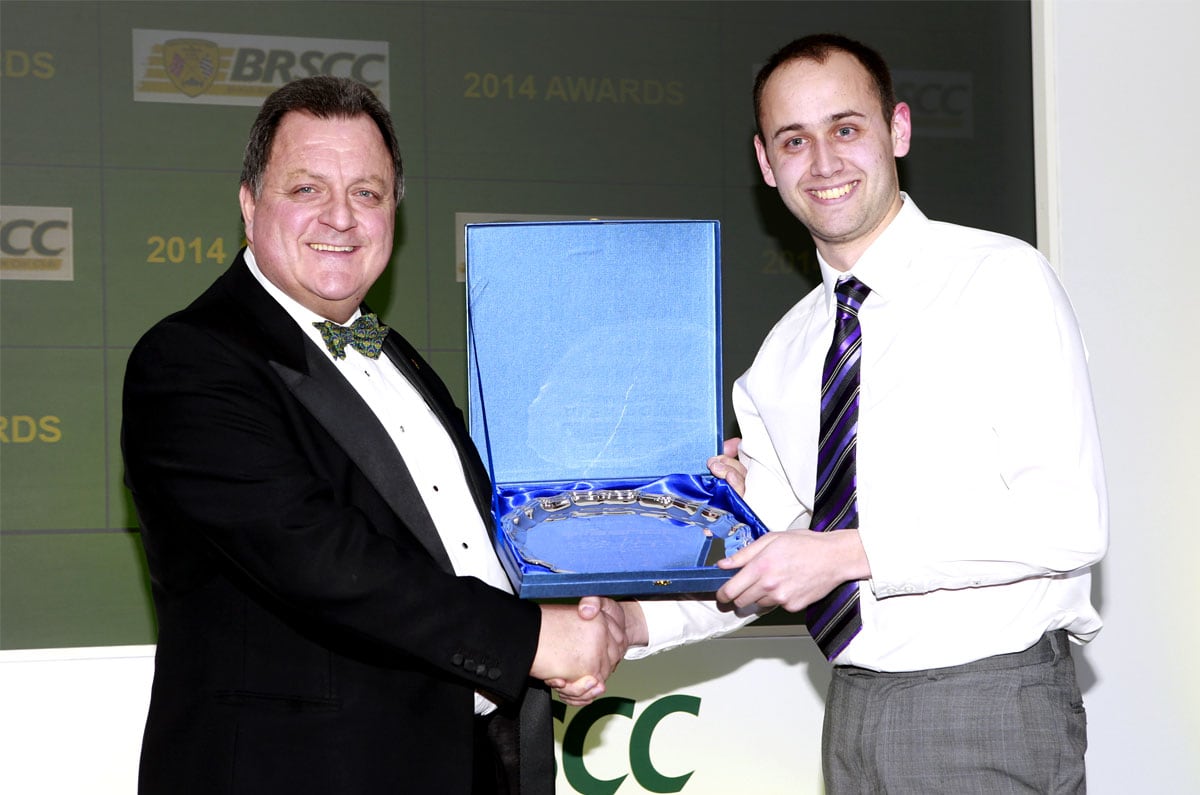 Michael Lindsay also attended and spoke with Matt James from Motorsport News about future Championship coverage and gave Judith Hibbins a bit of background on the Championship and details of the role she will play in the coming season.

Congratulations once again to James Bishop.

If you’d like to be the next Alfa Romeo Champion, register now for your chance to challenge James for his title.