We have been working hard over the winter on all the behind-the-scenes tasks essential to the successful running of a national championship.

Revising Championship regulations, negotiating supply and sponsorship agreements, sorting out the season’s calendar of race meetings, networking to bring new drivers into the Championship, building new race cars for sale, and, most important of all for the long-term benefit of the Championship , meeting with representatives of the Alfa Romeo Owners’ Club (AROC) to establish a new partnership-style relationship, symbolised by the new AROC sun strip all our cars will be displaying throughout the 2018 season. 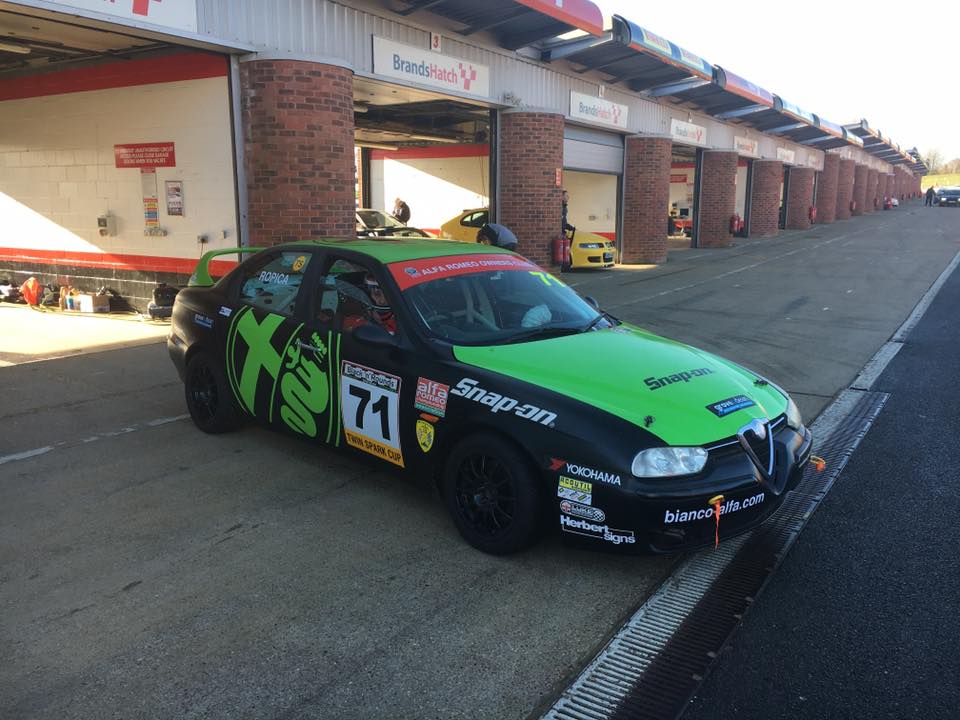 To date we have 26 drivers registered and there are at least 7 more with definite racing plans in place who haven’t yet completed the administration to pay the ARCA registration fee. We are all working hard to encourage still more new drivers to join us to ensure we have full competitive grids. Particularly encouraging is the increased number of drivers entering our Power Trophy class, where we are hoping for at least 8 driver entries this year and possibly more with a fair wind.

All our registered drivers this year have had to sign up to a Code of Conduct. This is full of practical do’s and don’t’s and we are expecting all to abide by it. Nothing annoys drivers more than being on the receiving end of risky manoeuvres by others that don’t come off resulting in expensive damage and/or a DNF as a result. We want clean racing – competitive but clean! 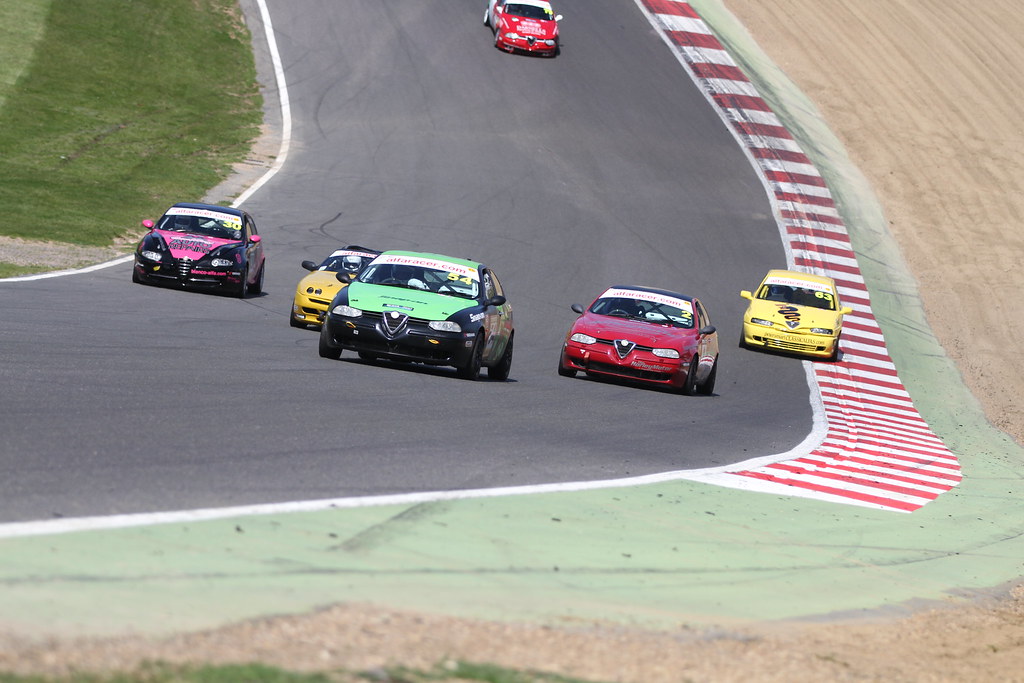 The Twin Spark Cup is as usual expected to be the most competitive class in the Championship. The cars are very evenly matched and it is hard to predict with certainty who will emerge as the Class leaders. Defending Champion Andrew Bourke is having a sabbatical this year to concentrate on his business but will be having a new car built in readiness for 2019. 2016 Champion Tom Hill will be back in a new 156, albeit using some components from his old one, and is an obvious choice to be a front runner this season. Simon Cresswell’s 156 has been face lifted over the winter as he attempts to improve on his 3 rd overall Championship place last year. Simon is invariably near the front of the Class and will be delighted if he can get a second class win under his belts in addition to the one at Zolder 2 years ago. Andy Hancock won the class in the final 2 races at Donington in October and it is excellent news that he will be back again in his Grove and Dean-liveried 156 to try and build on those victories. Dave Messenger always runs at or near the front of the class and his independently prepared 156 has had an overhaul over the winter ready for another crack at the title. Richard Ford is preparing in earnest for a full season this year in his 156 and has been working hard on the car, which was on the BRSCC stand at the Autosport show in January. Veteran Alfa racer Andy Inman will be back for another season in his distinctive purple 156, which has had a new engine installed. Mike Tydeman will also be back this season. Mike was getting closer and closer to the front runners with improved drives towards the end of the 2017 season, and it is hoped that his budget will last the full season. Josh Lambert, who has done only occasional races recently, now has a budget for a full season and will run the car himself with help from Bianco when needed. Andrew Fulcher didn’t race with us last year as he was busy with his truck racing exploits, so we are absolutely delighted that he has made a return to the Championship this year in his 147. He tells me he has an impressive new sponsor but hasn’t said who it is yet – can’t wait to find out! 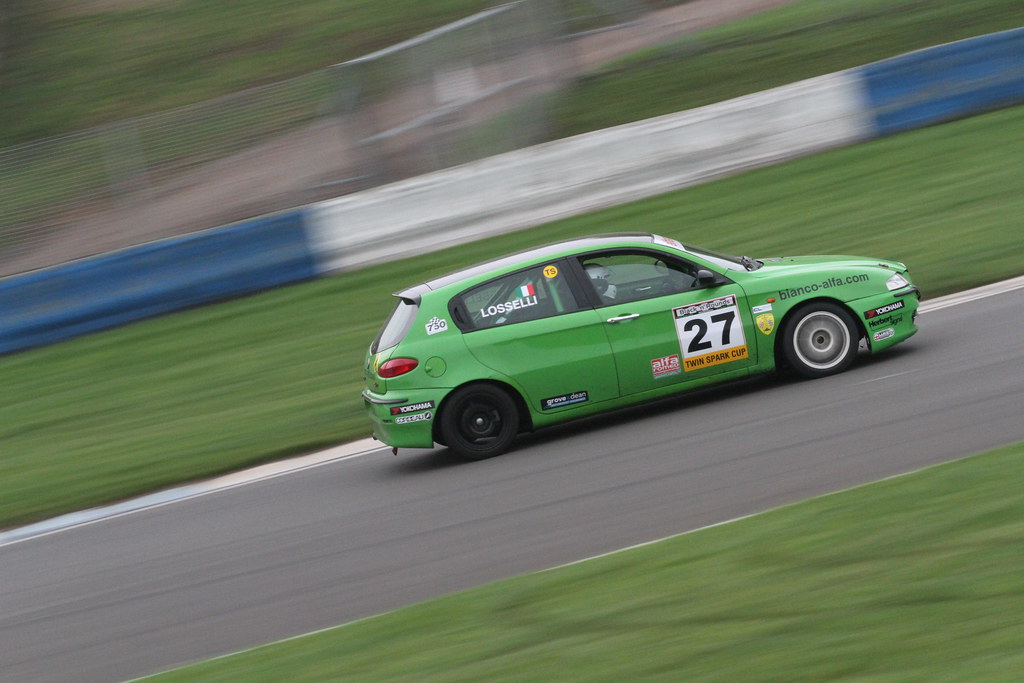 After his ‘taster’ races at Donington in October, Riccardo Losselli will be doing a full season in a Bianco-prepared 156 and has shown very competitive times in testing. Riccardo has also been working on plans to race his 4C in future seasons; there are some challenging technical problems to overcome in achieving this due to the nature of the car’s construction but what a treat it will be if these can be overcome and we see a 4C on the grid! Kristian Leith, who last raced with us in Dave Peddie’s 145 in 2015 where his best finish was 4th in class, will be doing a full season in another Bianco-prepared car, either a 147 or a 156. Kristian is based in the Shetland Isles and so has a remarkable distance to travel just to get to the circuits. Welcome newcomers Avni Ropica and Cip Nistorica will also be running with Bianco for the year and it will be very interesting to see how they settle in. There have been some very promising times in pre-season testing… Cip will also be bringing with him some sponsorship funding for the Championship from his company, Turatello Trailers, based in Rugby. Their products are well worth a serious look. 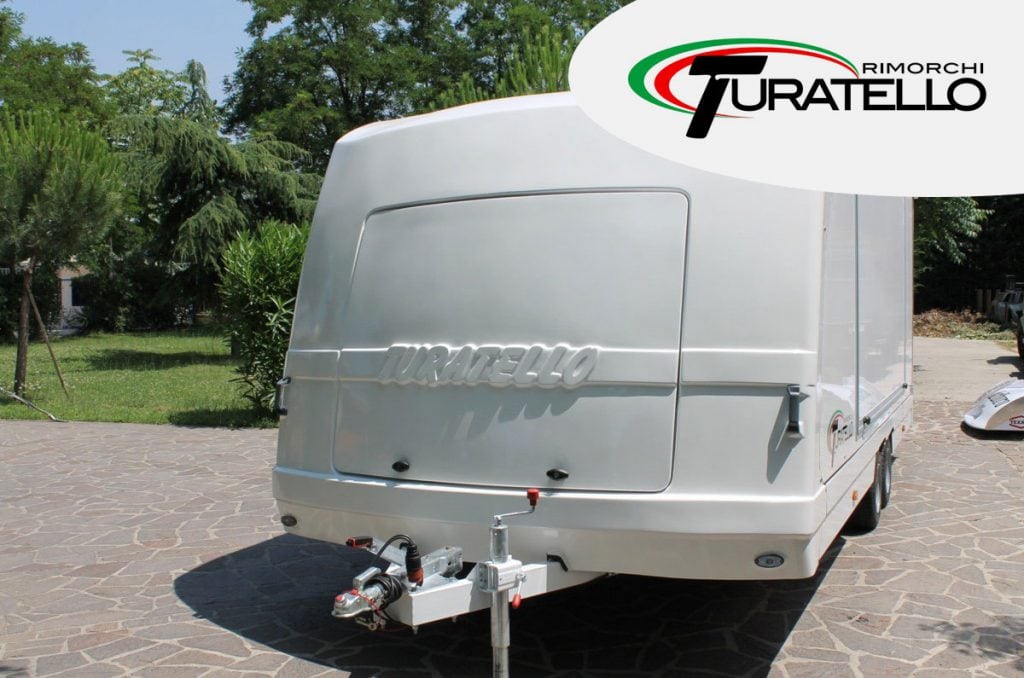 During the season, when time and budgets permit, we are expecting to see for at least some races a number of other drivers in the Twin Spark Cup. The very competitive James Browning will be looking to add to his haul of Class wins in his 147. Former Class winner James Ford has a wedding to plan and some domestic projects to finish but we are hoping he will be able to fit in some races in his red 156. 145 racer Richard Stevens has a new engine ready to replace the one that blew up last year – he has been struggling for time he tells me but is planning to join the Championship before long. Stacey Dennis will be racing in her immaculate 147 when budget permits. 2009 overall champion Paul Plant is planning to race when his Bianco workload permits, which may be difficult looking at Bianco’s expanded entry list but no doubt Paul will manage it somehow. Gethin Llewellyn is always an entertaining driver to watch and has registered with his 156 which he will race when he has the budget to do so. We hope to see Matt Daly out in his always-competitive yellow 145 on some occasions when he has time to spare from all the excellent work he does for the Championship website and social media. Last, and certainly not least, Chris Healey expects to be back racing from Cadwell onwards along with daughter Mel, our 2010 Champion, the proverbial budgets permitting. There is also news that Matt Abell, former 33 racer and a keen Championship supporter, is hoping to be out later in the season at some point. Come one, come all! 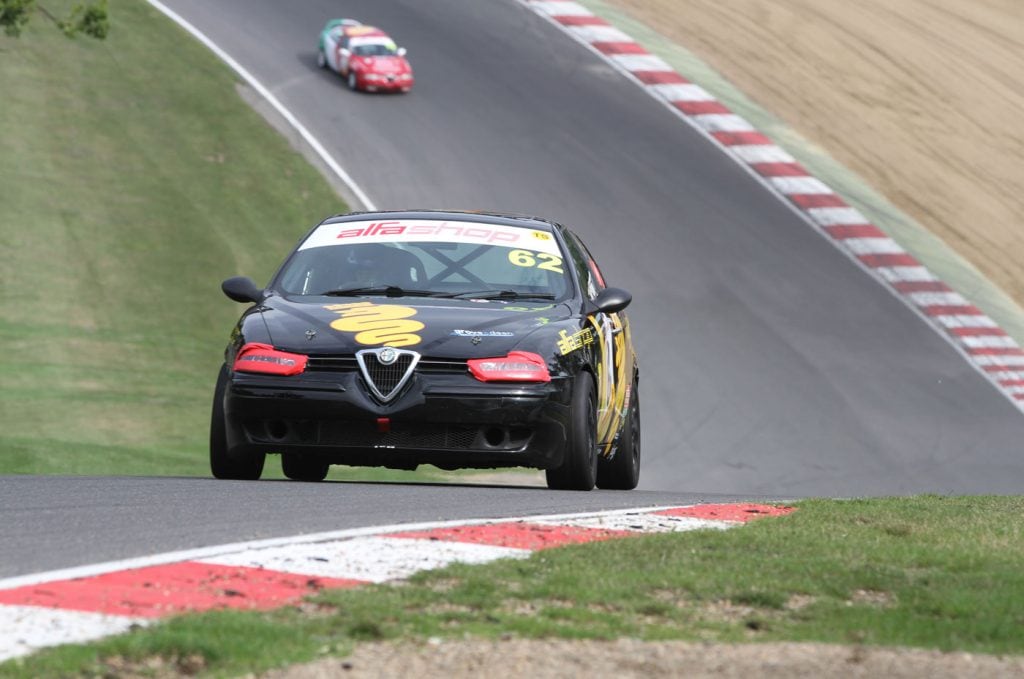 In the Modified class, Barry McMahon will be back in his sensationally quick 156 turbo, which broke the lap record at Donington in October, although his plans may be somewhat fluid at present. Former overall Champion and last year’s Class winner Graham Seager will be back in his mighty supercharged GTV. Chris Oxborough has completed a comprehensive rebuild of his supercharged 75 and has entered for Silverstone, and Irish driver Mervin Miller has acquired the ex-Roger McMahon/Alastair Kellett 156. I’ve just had the excellent news that Bryan Shrubb expects to be at Cadwell and at the second Silverstone meeting plus Rockingham and Oulton Park with his very rapid 33, now with 16” wheels as he has found it impossible to get decent competitive (and wide enough) 15” tyres for it. Roger McMahon has his GTA ready to race but has some health obstacles to overcome before being able to drive. Get well soon Roger – we need larger-than-life characters like you in the Championship! All the very best from all of us. 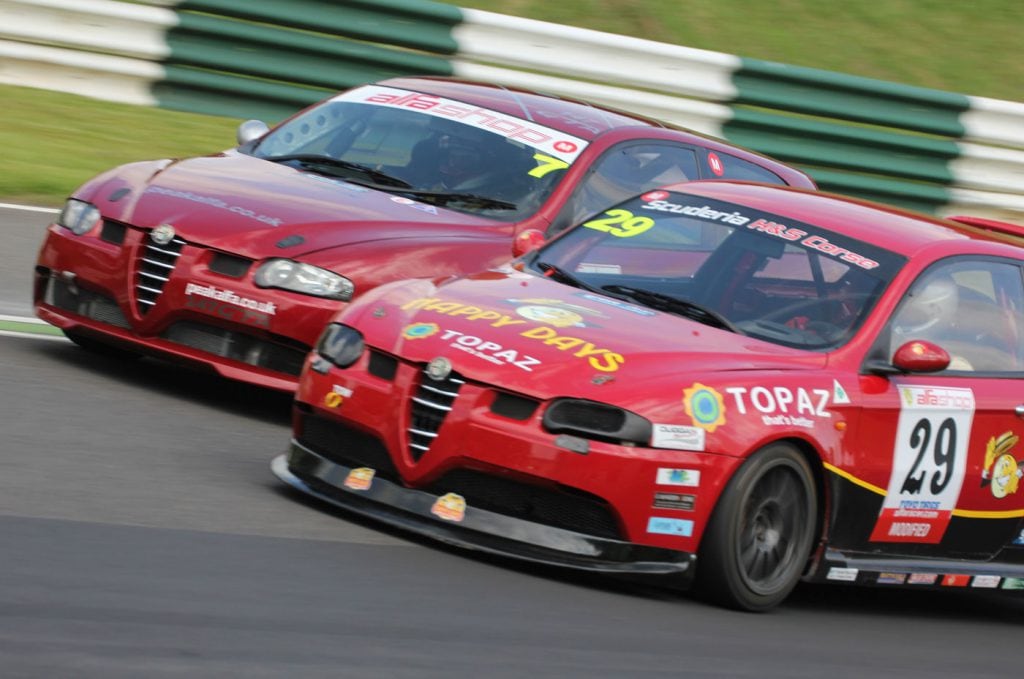 In the Power Trophy class, last year’s class winner Paul Webster will be out again in his rapid silver 156 and established drivers Ray Foley and Ron Davidson are planning to be back in their 147 GTA and 164 respectively. Making a welcome return to the championship after a 4-year absence will be Malcolm Chapman in his 75. 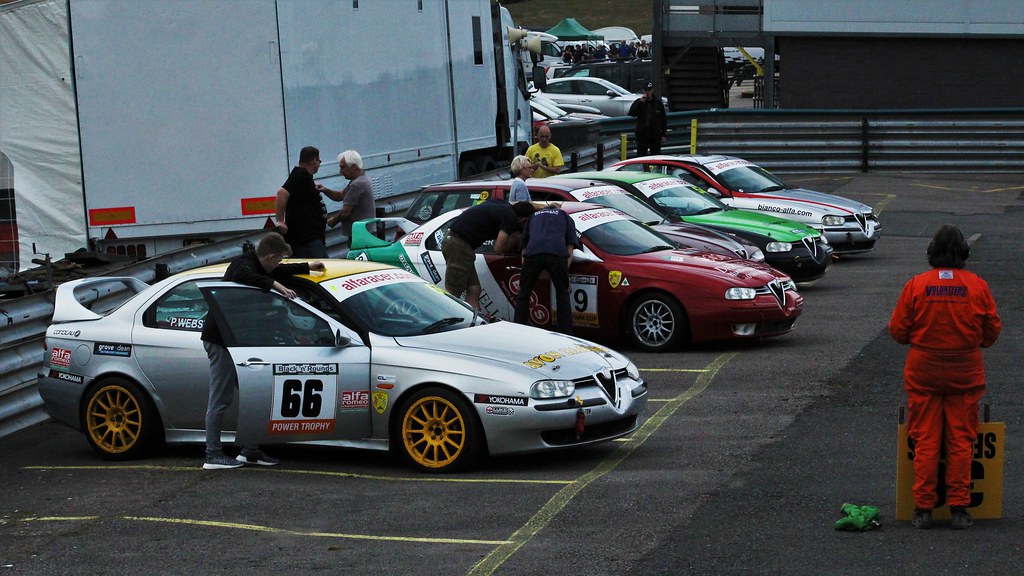 Chris and Simon McFie will be back in their beautifully prepared Fiat Puntos, able to score Championship points this year, and Scott Austin has acquired the ex-Roger Evans/Andy Robinson/Ian Brookfield 155 – it will be brilliant to see that car back on track and Scott has entered for Silverstone so we will get an early chance to assess its potential. Peter Sloan has registered for the Championship in a new 156 GTA recently built by Roger Evans but we are not sure at this stage when he will appear. Roger himself may appear in a new Power Trophy car at some races also. Speaking of Roger, we are hoping his new 8C-engined Giulietta will make its debut this year in the Invitation class. It is now not far away from being race-ready and is certain to attract a lot of interest in the paddock when it arrives. 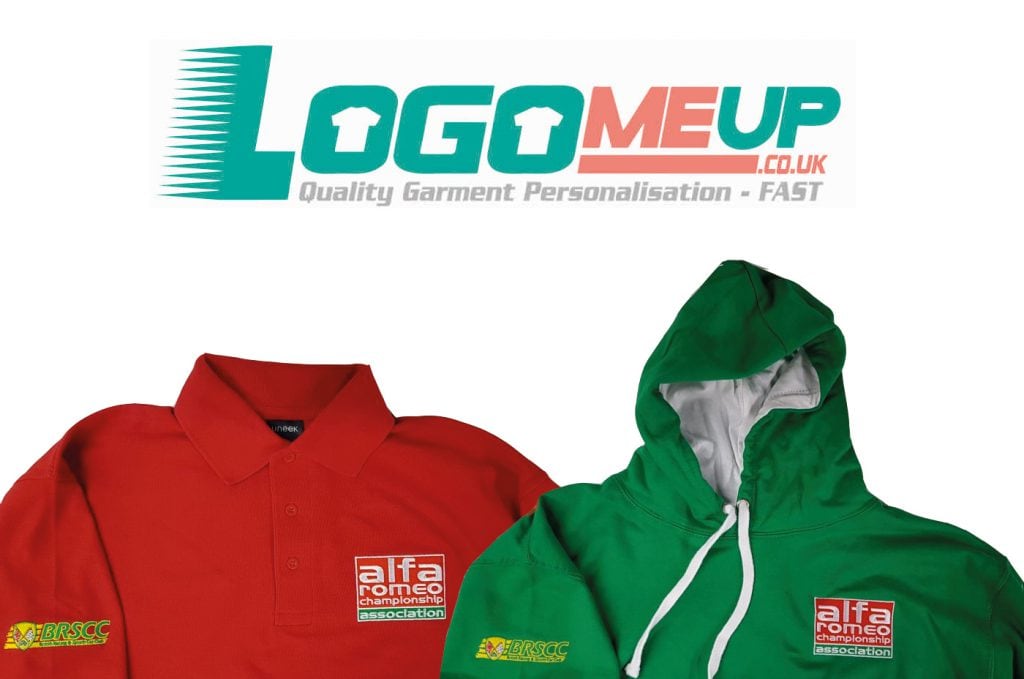 Finally, why not take advantage of LogoMeUp’s special ARCA-branded clothing offer. It is excellent quality, excellent value for money and will help to give our Championship a more visible and distinctive appearance in the paddock.